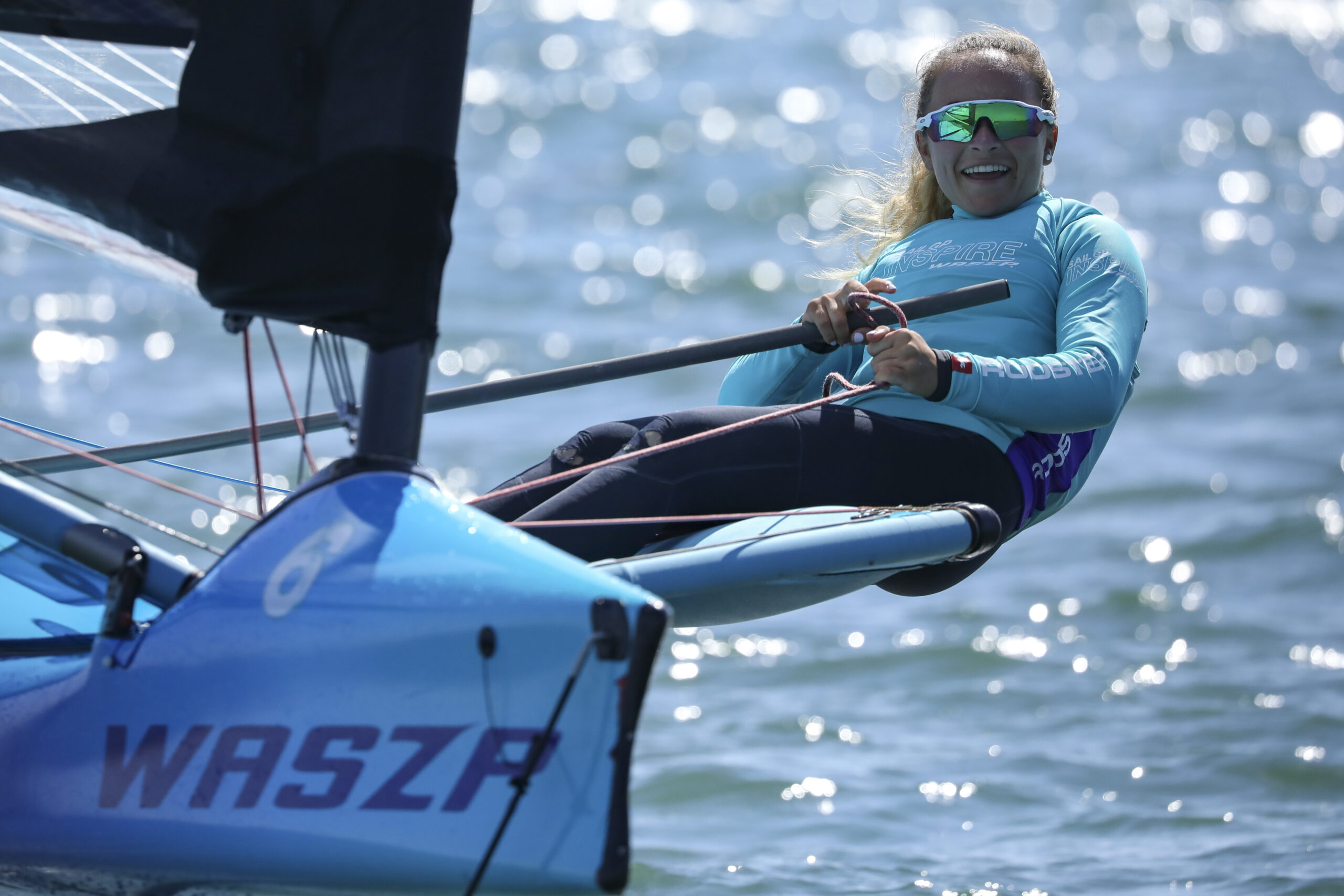 SailGP has launched a Waszp program

London: SailGP has launched the first Inspire WASZP Grand Final – Championship of Champions, which will see the top young athletes from around the world compete for the overall season podium at the Mubadala United States Sail Grand Prix, March 26-27.

This is the culmination of Season 2’s Inspire Racing x WASZP series and offers young sailors an unparalleled opportunity to race at the highest level.

Inspire Racing x WASZP is a world-class program that provides a stepping stone for under 21s to develop foiling skills and create a pathway to F50 catamarans. It has a strong focus on inclusivity – aiming to diversify sailing through its programs to foster talent and eliminate gender, racial and socioeconomic barriers.

Young athletes will race during the SailGP event weekend, on the same waters as the F50s over the Grand Final weekend. The winners will be awarded on Sunday, March 27 and receive a cash prize to support their professional sailing development.

The top male and female winners will also get further training by joining a SailGP team’s training and tech sessions at a Season 3 event, including a chance to sail onboard the F50. Thanks to supporting partner Rooster all participants will receive a kit bundle for making it to the grand final.

SailGP Chief Operating Officer, Julien di Biase, said: “The Inspire WASZP Grand Final brings the talent of the next generation together on the global stage to compete and learn from the best sailors in the world.

“As part of our better sport strategy, we are supporting and developing the talent of the future, regardless of background, and creating a clear route to competing onboard the F50s. I look forward to not only seeing the young sailors in action in San Francisco, but also competing in the sport in the future at the highest level.”

Throughout the season, promising young sailors were selected through their governing bodies, WASZP Class association and SailGP Inspire racing events to ensure the highest level of diverse talent and a 50:50 gender balance. SailGP is supporting travel and accommodation costs for the athletes.

Australian sailors and Sydney locals Brooke Wilson (18) and Jack Ferguson (18) were selected to compete in the WASZP Grand Final, after winning the Inspire Racing X WASZP racing competition that took place at the Australia Sail Grand Prix presented by KPMG in December.

Australian Finalist, Brooke Wilson said: To be selected for the grand finals in San Fran is unreal, it is such an incredible opportunity that I feel so grateful for. I am so excited and eager to be racing against the other Inspire athletes and to be involved in the world class environment of technology, skill and teamwork that SailGP entails.”

Australian Finalist, Jack Ferguson added: “What I’m looking for out of San Fran is to gain more insight into the inner workings of SailGP, experience in this sort of high tier event, and ultimately to perform at my best. I hope more than anything to be on board the Australian F50 in the future.”

In addition to racing in the WASZP Grand Final, the young athletes will take part in lead-up training clinics in San Francisco with professional foiling coaches, as well as meet-and-greets with athletes and senior members of SailGP staff to receive invaluable career advice, work experience and additional fitness training.

The winners from the WASZP Americas Championship event, which is being held in San Francisco Bay from March 15-19, will complete the line-up and represent the United States.

General Manager at WASZP, Marc Ablett said: “Everyone at WASZP is so proud to be able to provide this opportunity alongside SailGP. From the very beginning we have strived to inspire a generation to find alternative pathways in the sport, creating a path forward beyond youth sailing into a professional environment.

“To be here at the completion of SailGP Season 2 and see how much impact the Inspire program has had around the world is surreal.

“We want to continue this work and build on the foundation created. If we can provide inspiration for just one young sailor to chase their dreams and know that it is achievable, through WASZP as a vehicle and SailGP as a league, then we have changed the game.”

SailGP Inspire will run a series of programs in San Francisco as part of its overall objectives to use sailing as a force for good and build a future for youth through sustainable sport, across its racing, learning and career programs. More details will be announced ahead of the Season 2 Grand Final.