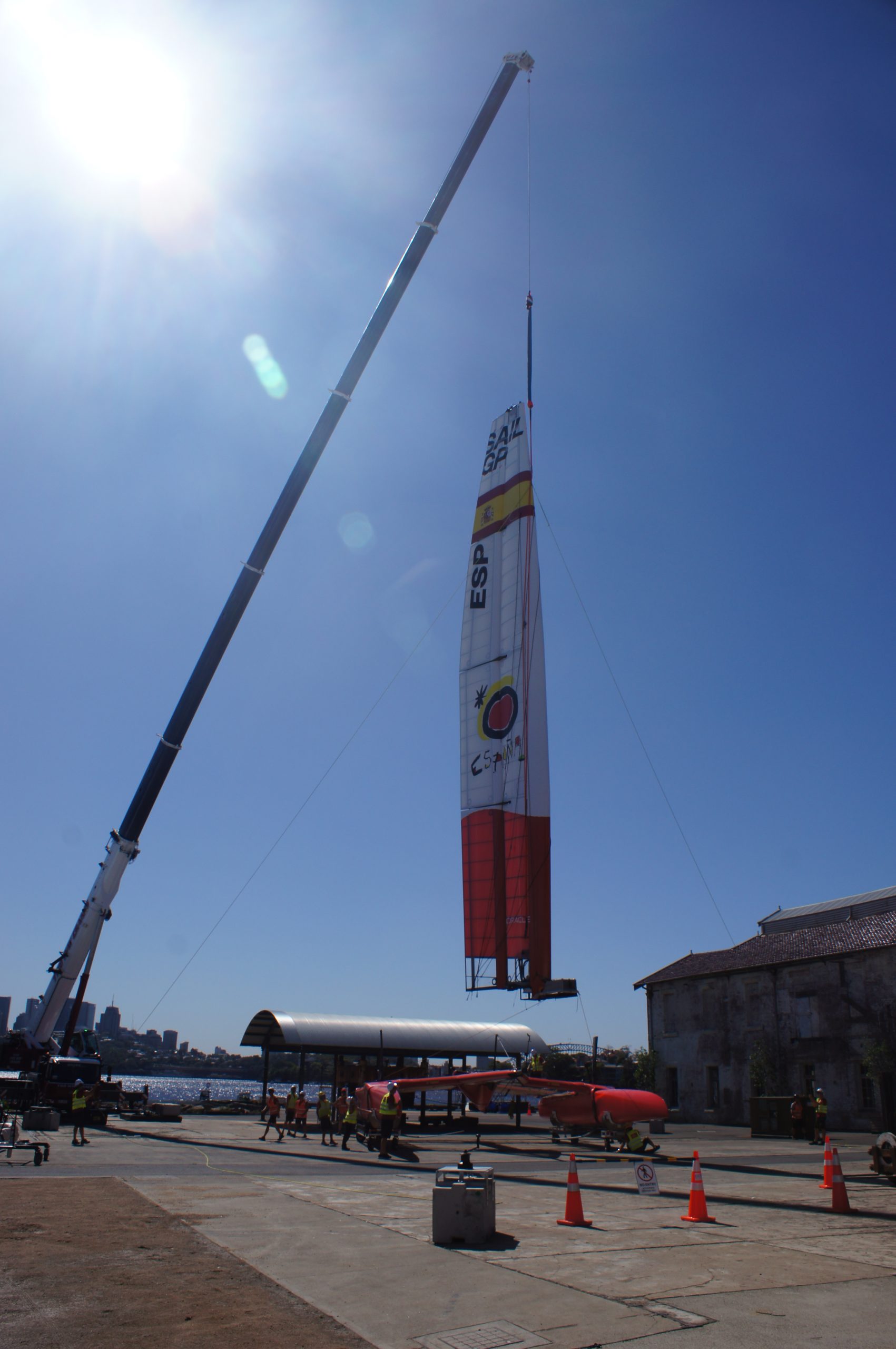 The Australian SailGP team were the first out on Sydney Harbour today (Wednesday 19th February) for the first training session before the second season begins on the 28-29 Feb.

The night before was surreal, with the city of Sydney hunkered down under a phenomenal lightning storm with drenching rain and winds of over 100 kilometres per hour recorded on the harbour. Not much sleep was had by the organisers but there was nothing to fear. Clearly the Coutts hotline to Huey was heeded and the day was perfect with 15 to 20 knot westerlies under a perfect blue sky.

Once the media duties of the Australian team were over the onshore team had the F50 winged up and ready to leave Cockatoo Island.

Skipper Tom Slingsby was certainly keen when asked if these 2400 kilogram foiling machines instill fear or thrill prior to heading off; his response was typical, with the laid back character he is known, answering a simple “no, I am pretty comfortable!

While this may be the first practice day of the first season, Slingsby has been busy foiling in various classes to keep in tune with the technicalities; including winning the December Moth world championships with a master class of 12 first places out of 16 races.

The skill was evident as they dropped the mooring line, bore off and went straight into foiling mode gybing down Parramatta River towards the harbour bridge.

With chase boats flailing behind it was a simple case of getting back into match practice with foiling gybes all the way to Shark Island. Crew of Kyle Langford, Jason Waterhouse, Ky Hurst, Sam Newton and Kinley Fowler showed no loss in performing perfect maneouvres all the way to put the mokkers onto the other competitors.

Slingsby notes that these are the same yachts as last season. No design modifications have been made to the hull, wing sail or internal engineering. There is discussion of new sails coming due to wear and tear.

As to how well Tom thinks the Australian SailGP team is doing for this second season: “I think we are at about 70% fully up to speed. We have some little things I think we can do to be even better this year.”

Promises to be another exciting season.

The first regatta begins on Friday the 28th of February and continues on the Saturday. Three races each day and the course lies between Bradley's Head and Nielsen Park with plenty of viewing positions.