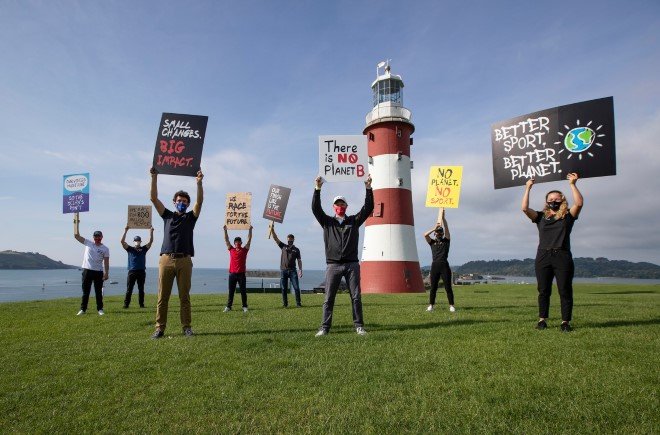 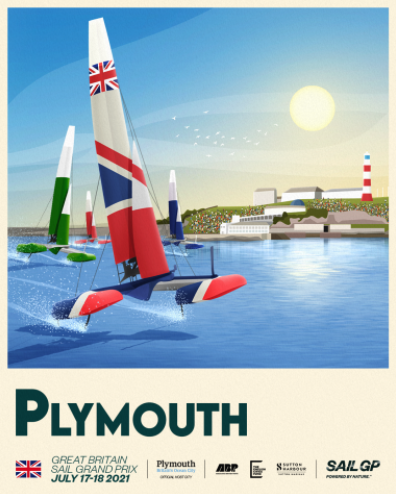 Plymouth, England: SailGP, the first climate-positive sport and entertainment property, today announced the launch of the Impact League – a world-first, integrated initiative designed to make sustainability action essential to the fabric of sport and to accelerate the transition to clean energy, in order to help mitigate climate change.

Throughout SailGP’s second season, spanning 2021-22, a second leaderboard will be created and the eight international teams – that take part in the most exciting racing on-water – will be rewarded for the positive actions they make to reduce their overall carbon footprint and help accelerate inclusivity in sailing. Ultimately racing for purpose, as well as for sport.

Each team will compete and be accountable across ten key sustainability criteria.The criteria range from pioneering new technologies focusing on clean energy solutions and removing all single-use plastics, to diversity and inclusion and using the team’s voice for good. Each team will be externally audited and an overall leaderboard created after each event. At the end of the season – which culminates in San Francisco in March 2022 – there will be two podiums, with the winning team crowned alongside the Season Champions and earning funding for its purpose partner, who supports and advises them throughout the season and is visible on the team’s livery.

Sir Ben Ainslie, four-time Olympic gold medallist, Great Britain SailGP Team CEO and driver said, “The introduction of the Impact League is a significant moment not just for sailing but for every sport. If we don’t act now, all the amazing sport that gives us such joy, from the grassroots all the way to the top of the professional game, is under threat from the impact of climate change. I would like to see many more sports follow SailGP’s example and make sustainability not just a commitment, but a fundamental part of the fabric of sport.”

The Impact League has already been running over the first two events of the year in Bermuda and Italy and the current standings show the New Zealand SailGP Team leading the way but all teams have made great progress across all areas since its inception at the beginning of Season 2.

By 2050, over 570 low-lying coastal cities, including SailGP host venues such as Plymouth, Saint-Tropez and Sydney, will face projected sea level rise by at least 0.5 meters, putting more than 800 million people at risk from the impacts of rising seas, extreme weather and storm surges*. This impact will be felt across all aspects of society, but the world of sport will be particularly affected. There will be no sport without a planet to play it on. Climate impacts could fundamentally change sports locations and how they are played making sport impossible in several locations.

To mitigate this threat, the world of sport needs to come together to create a new ‘sustainable-normal’, where action on impact is not an optional extra but an intrinsic part of the status quo. For SailGP, a global championship powered by nature that has made leading on the development of new sustainable initiatives part of its founding goal, the creation of the Impact League is a key step on that journey and a way to take responsibility for the change they want to create.

Professor Richard Thompson OBE FRS, Director of the Marine Institute at the University of Plymouth, said: “The health of the oceans are intrinsically linked to the climate of our planet. Right now, those oceans are facing unprecedented challenges on multiple fronts: from increasing temperatures and pH levels, to rising sea levels and coastal erosion; from plastic and other forms of pollution, to overfishing and biodiversity and habitat loss.

“The scale of this emergency is global and requires a coordinated effort to resolve – from national and supranational organisations to individual consumers. We need pioneers and ambassadors to help inspire, and one way to do that is by demonstrating the tangible changes they are making. I hope the Impact League will help embed sustainability and climate action at the heart of a global sport.”

Creating meaningful change on climate is about action and accountability. By independently measuring and auditing  every aspect of sustainability, the Impact League ensures that SailGP and its teams are maximising their efforts, ensuring genuine systematic change and crafting the new ‘sustainable-normal’.

SailGP CEO Russell Coutts said, “The Impact League shows our commitment to racing for the future. It will ignite the competitive nature of our world-class athletes and reward success off the water – for impactful actions – in the same way we do on it. We believe in the power of sport for good and that sport has a responsibility to lead by example to inspire others to make simple changes for a better planet.  Our commitment to sustainability is much deeper than words or promises, it’s based on long-term, measurable action.”

Niclas Svenningsen, manager of Global Climate Action at UN Climate Change, UNFCCC said, “Many of the activities that bring us so much joy in our day-to-day lives are under threat from our changing climate. Sport is no exception, in-fact it is one of the areas set to be worst affected. The Impact League is an innovative and inspiring solution-orientated approach from SailGP to deliver meaningful change and re-define what winning means in sport. I would welcome other sports to follow suit and establish impact leagues of their own to help sport be that platform for real change.”

Michelle Harmon-Madsen, AccuWeather CMO: “As the world faces more volatile weather conditions, we applaud the launch of SailGP’s Impact League, charting a course for a bold, meaningful approach to sustainability that has the potential to impact generations of future sailors and sport fans enthusiasts.”

The Impact League was launched ahead of the Great Britain Sail Grand Prix in Plymouth, the third event in SailGP’s second season. The adrenaline-fueled nine-event championship sees eight national teams racing in coastal cities around the world, aiming to provide great sporting entertainment while at the same time having a positive impact for a better planet.  After Plymouth, the next event is Aarhus, Denmark, August 20-21 before the league continues to Saint-Tropez, followed by Cádiz-Andalusia, Sydney and Christchurch before the Grand Final in San Francisco March 26-27, 2022.

To draw attention to the launch, athletes from each of the eight SailGP teams racing in the global league this weekend are campaigning with messages of hope in front of Smeaton’s Tower lighthouse, to shine a light on what the impact could be if action is not taken quickly and encouraging people to race for the future together.

Find out more at SailGP.com/ImpactLeague.