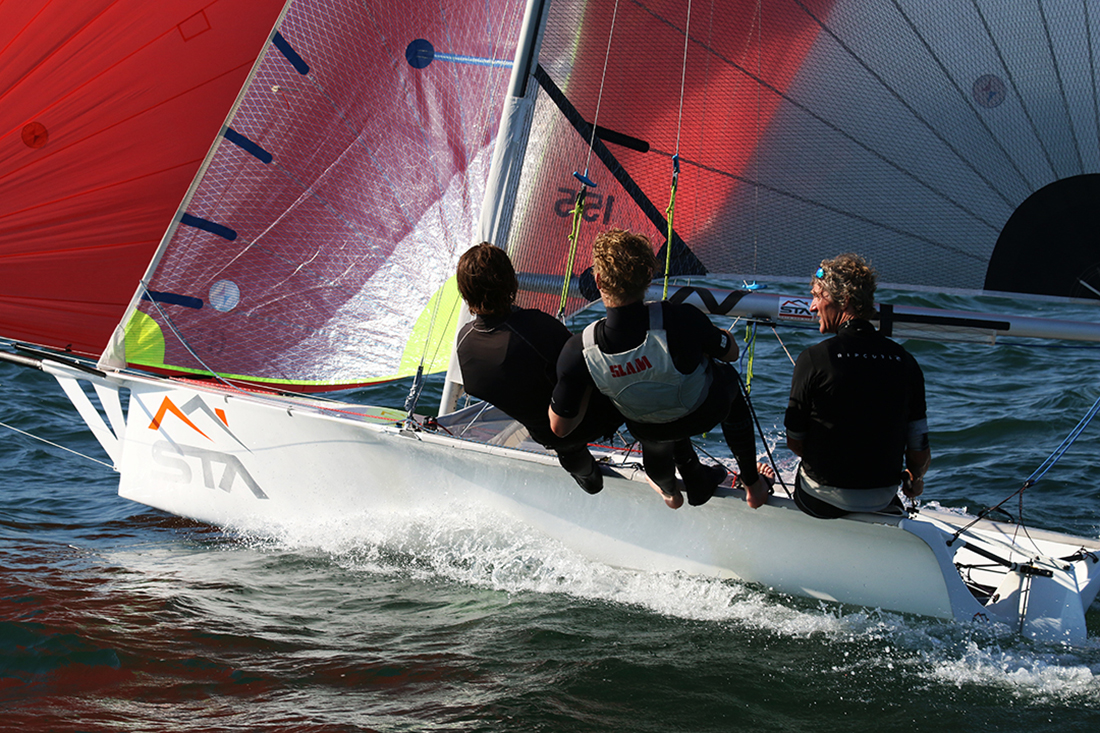 What better way to start a new year than to announce an all-new, all-encompassing sailing event for Newcastle in NSW?

Billed as the SAILFEST Newcastle Regatta, the event will be co-hosted by Newcastle Cruising Yacht Club (NCYC) and Port Hunter 16ft Sailing Club (PHSC) from 29-31 March 2019.

Incorporated are the inaugural TP52 Gold Cup, with up to a dozen yachts expected, along with the annual ‘Cock of the Harbour’ race that heralds the fastest sailing vessel on Newcastle Harbour and remains one of the oldest trophies in Australian sailing.

A carnival atmosphere prevailed as the port abounded with sails, an extract from the local newspaper of that era painting the following scene: “Never were the wharves so densely thronged with sightseers. Three steamers also followed the race, aboard which were bands that provided some excellent music during the afternoon”.

According to Paul O’Rourke, CEO of Newcastle Cruising Yacht Club, that vision for a friendly and sociable event remains today.

“With the timing of our two key events – the TP52 Gold Cup and the Cock of the Harbour – an opportunity arose for the NCYC and PHSC to embrace this proud past while also showcasing the present and future stars of sailing,” he said.

“The Harbour presents a perfect Amphitheatre for sailing and spectating, allowing visitors to stroll the Foreshore and watch everything from dinghy sailing and model yachts, to Olympic class boats and skiffs in the Honeysuckle Basin, and TP52s and ocean racing directly off Newcastle Beach.”

The Honeysuckle precinct will become the Sail Village for the duration of SAILFEST, with Olympic-class Laser and Elliott 6 racing conducted close by.

PHSC is hosting the Cock of the Harbour on the main harbour on the Saturday afternoon, giving spectators at nearby Queens Wharf a prime view. On Sunday, attention will turn to the Newcastle Harbour Regatta with a wide variety of racing craft.

Families can participate in a Try Sailing experience in the sheltered waters of Throsby Basin, Carrington, on both weekend mornings. As another novel event, model yacht racing will be conducted under lights at NCYC.

Newcastle itself is a thriving cultural and events hub, rated a Top Ten city in Lonely Planet’s ‘Best in travel’, four-time winner of the IFEA World Festival and Event City Award, and a National Geographic Traveller Smart City.

The surrounding precinct has restaurants and retail specialty stores, connected by a new tram from February, while the nearby beaches and proximity to the Hunter wine region make it an attractive drawcard for non-sailing family members and friends.

On March 29, rugby supporters among the sailing community can watch the NSW Waratahs take on Japan’s Sunwolves in a Super Rugby clash at McDonald Jones Stadium.