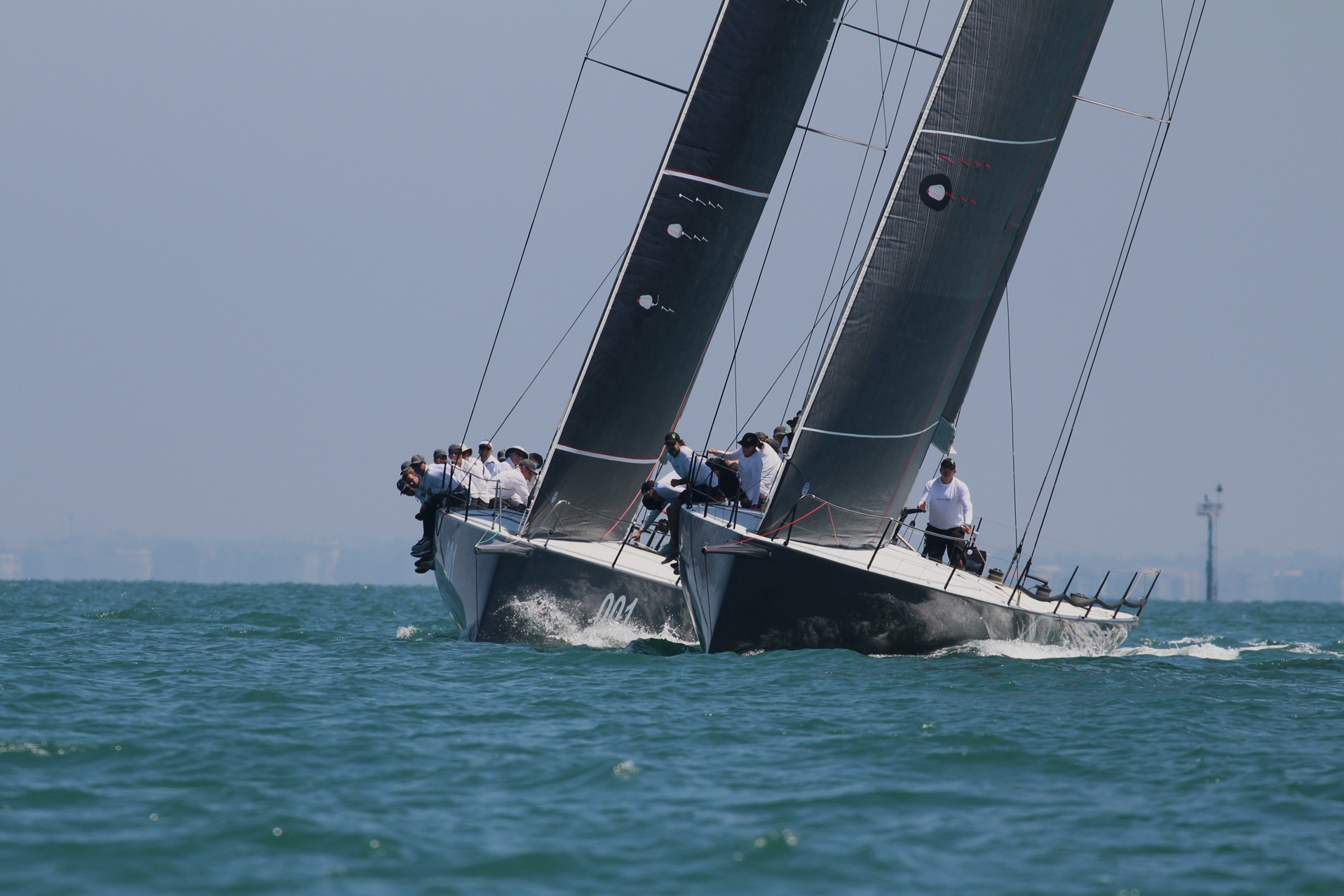 The quality fleet put in a very long day – four windward/leeward races with a 2 nautical mile upwind leg for the Division 1 fleet, taking them well south of St Kilda and out into the onshore chop.

As anticipated, Marcus Blackmore’s Hooligan (NSW) and Matt Allen’s Ichi Ban (NSW) left nothing ashore in the resumption of their Hamilton Island Race Week TP52 battle last August, which narrowly went to Hooligan. Ichi Ban is the defending Division 1 Australian champion and the boats and teams are evenly matched in speed and intent.

Round one of the 2019 Championships went to Ichi Ban by a point, Hooligan second and Geoff Boettcher’s Secret Mens Business (SA) right in the hunt in third, another point behind.

“It was a good day to test rig settings across a range of conditions; 9 up to 20 knots late in the day, and mostly flatwater,” Allen said. “It was so tight out there and so important to come off the line and get in phase very quickly.”

For Hooligan’s tactician, Will Ryan, day one of the Championships was also the Rio 2016 470 silver medallist’s first time racing a TP52: “It was an awesome learning opportunity – I’m lucky Marcus is so trusting,” Ryan said back ashore.

When Ben Lamb is strategist, Ed Smythe is navigating and multiple gold medal winning Olympic coach Victor Kovalenko is coaching, Ryan’s in the company of some of sailing’s top-shelf teachers.

“Some things I did well and some not,” Ryan added. “It’s a credit to the crew they were able to hike hard and keep the boat right on the edge for so many hours.”

“The breeze filled in enough to get us up and moving and it was great surfing downwind. The chop was horrible for a 22-foot boat – it took a few years off the life of our boat – and upwind we were wishing we were 10 feet longer,” the trimaran skipper admitted.

The plan for Wednesday is a passage race and the resumption of windward/leewards on Thursday to wrap-up the series. Wednesday’s outlook is sou’westerlies, 10-15 knots, turning southerly 15-20 knots in the afternoon and locally reaching 25 knots.