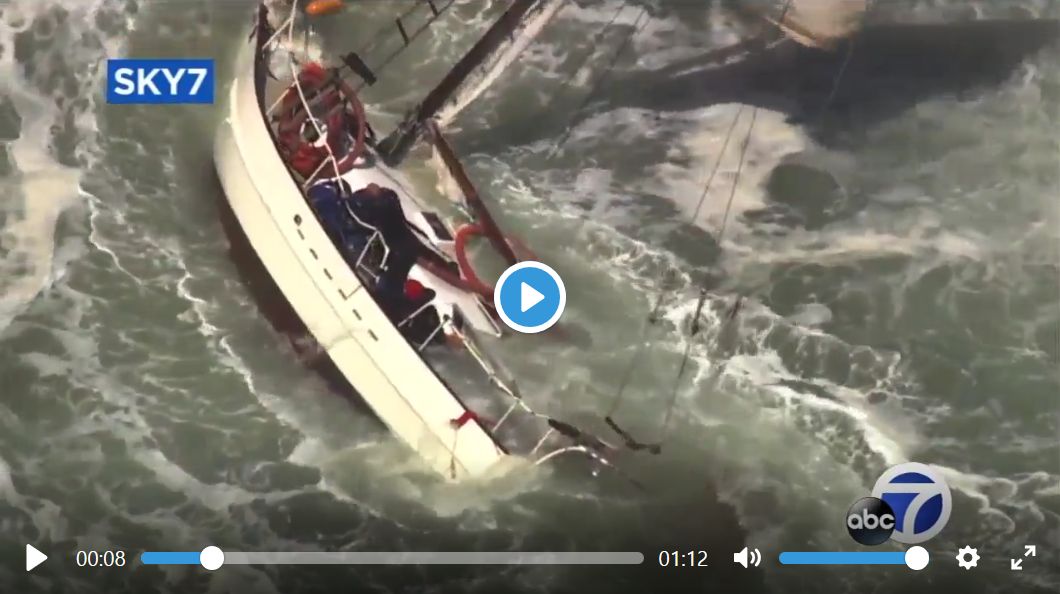 A giant wave knocked salvage workers right off the boat. Two of the workers grabbed each other's hands for safety.

“What I thought was my guys did exactly what they were told to do in that situation, which went overboard and swim away from the wreck,” said Salvage Officer Kyle Watson.

Watson says the two men had some bruises but no broken bones. Moments later, the boat sunk.

“Sometimes it works and occasionally it doesn't. This is one of those times where it didn't,” said Watson.

This was the second failed attempt. Sky 7 was overhead Monday as well.

“There was a pretty significant storm front that came through, which prevented us from safely being able to do the work,” said Watson.

This comes after first responders rescued four people from the boat at Linda Mar Beach this weekend. One of the co-captains says they were sailing for 11 hours when they ran out of diesel on their way to San Diego.

“There are a couple of positive things about the boat. It's a steel hull vessel, which made it not break up in the surf,” said Watson.

“Our main concern is just to work with the Pacifica Police Department and maintain that public safety remains the highest priority,” he explained.