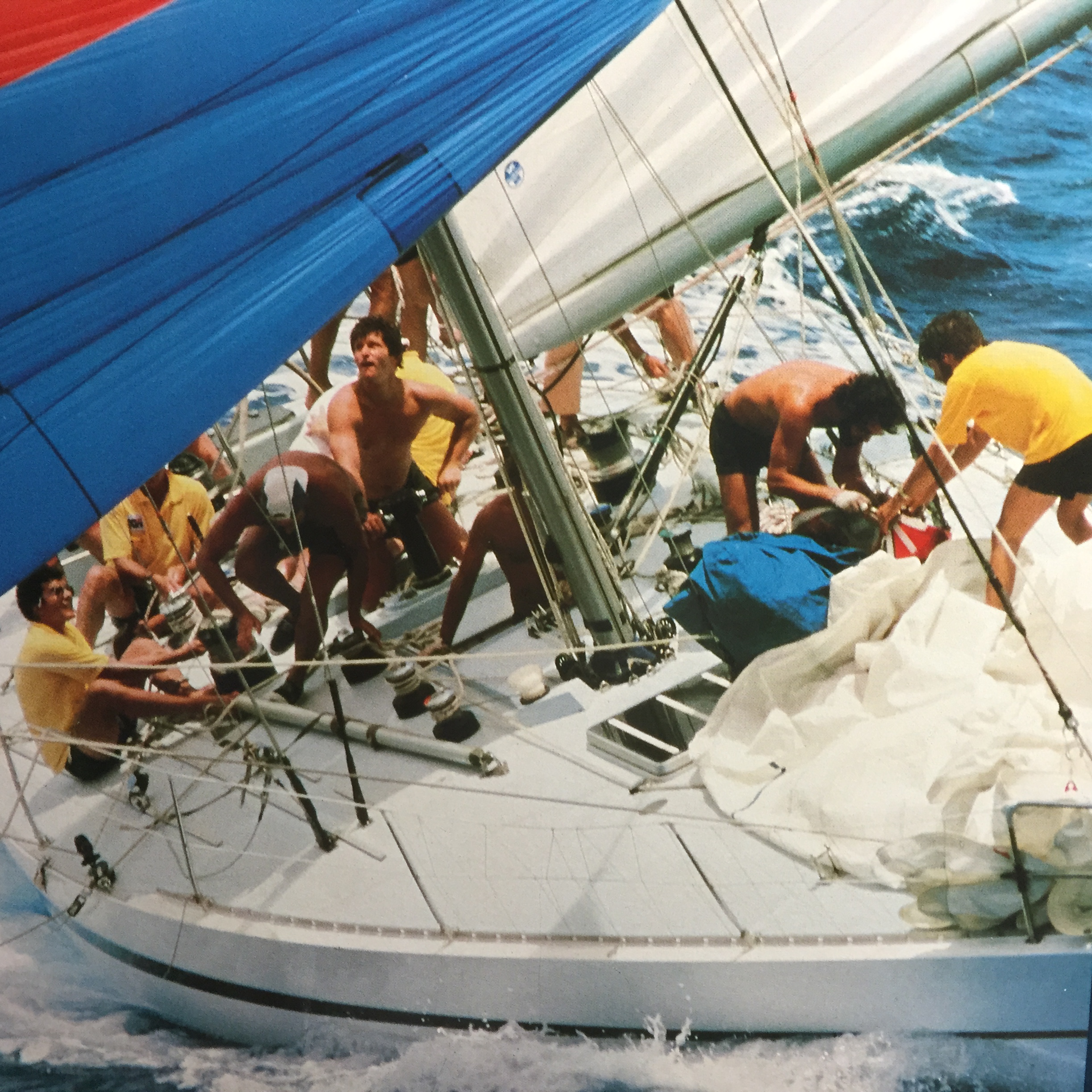 Those who were around for the glory days of the Clipper/Kenwood and the heyday 12 metre America’s Cup times will no doubt remember Phil Uhl, whose beautiful photography bought these events to life – and now will host a solo exhibition ‘ Waterworks’ at the Fredrick Harris Gallery, Tokyo, Japan from June 13 to July 9 this year and all are welcome.

Uhl, a multimedia marine artist who still calls Honolulu home, will show more than 30 examples of his paintings, original prints and photographs in the exhibition. He is best known for his dramatic still and video coverage of major yachting events such as the former Pan Am Clipper/Kenwood Cup Series, the TRANSPAC, and Bill Koch’s America’s Cup and Maxi Boat campaigns.

After the last Kenwood Cup in 2000, Uhl decided to shift focus back to his fine art roots and concentrate on painting and print making. In 2007, he served as coordinating producer for Leslie and Roy Disney’s feature film documentary, ‘Morning Light’.

The Fredrick Harris Gallery is located on the ground floor of the Tokyo American Club, Minato-ku Tokyo