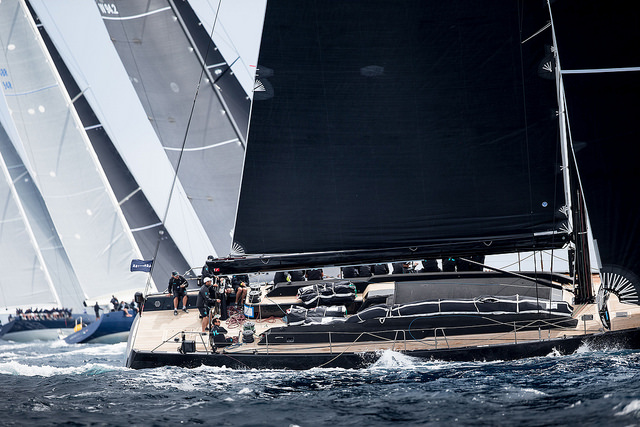 Sail Racing PalmaVela 2017 begins in exactly one week’s time, with an intense four-day competition. The fleet, as it stands today, is made up of 143 boats from 16 nationalities, and is divided into 11 classes.

The event, hosted by the Real Club Náutico de Palma, will be the first big boat regatta in the Mediterranean, and is also the first scoring competition of the 2017 Wally Class circuit. Since the event began in 2004, Mallorca has hosted the event 11 times, and this year sets a new record for participants, with 12 boats from six different nationalities, and boats ranging from 78 to 107 feet in length (24 to 32.6 metres).

“The presence of 12 Wallys really adds to the international flavour of the event, and guarantees the participation of the very best professionals, including olympic and round-the-world sailors among the crews. They are the biggest boats in the fleet, and demonstrate the real diversity of Sail Racing PalmaVela since it began in 2004”.

The Wally fleet, which will begin competing next Thursday in the Bay of Palma, includes the very best of the class. Among those aspiring for the title, is the winner of Sail Racing PalmaVela 2016, the 75-foot (24.59 metres) J One; World Champion from the last two seasons, the Wally 107 (32.6 metres) Open Season owned by Thomas Bscher; and Sir Lindsay Owen-Jones’ Wally Cento (30.48 metres) Magic Carpet Cubed, the winner of the 2014 circuit.

The only participant sailing under a Spanish flag is the Wally 94 (28.5 metros) Alberto Palatchi’s Galma, which will be crewed by renowned sailors such as Antonio “Ñeti” Cuervas-Mons, Pablo Iglesias, David Madrazo, Rubén Castells and Juan Luis Páez.

The Sail Racing PalmaVela 2017 Wally class programme will contain a maximum of six races, held from Thursday 4th to Sunday 7th May. The first race start each day is programmed for 12:00h.