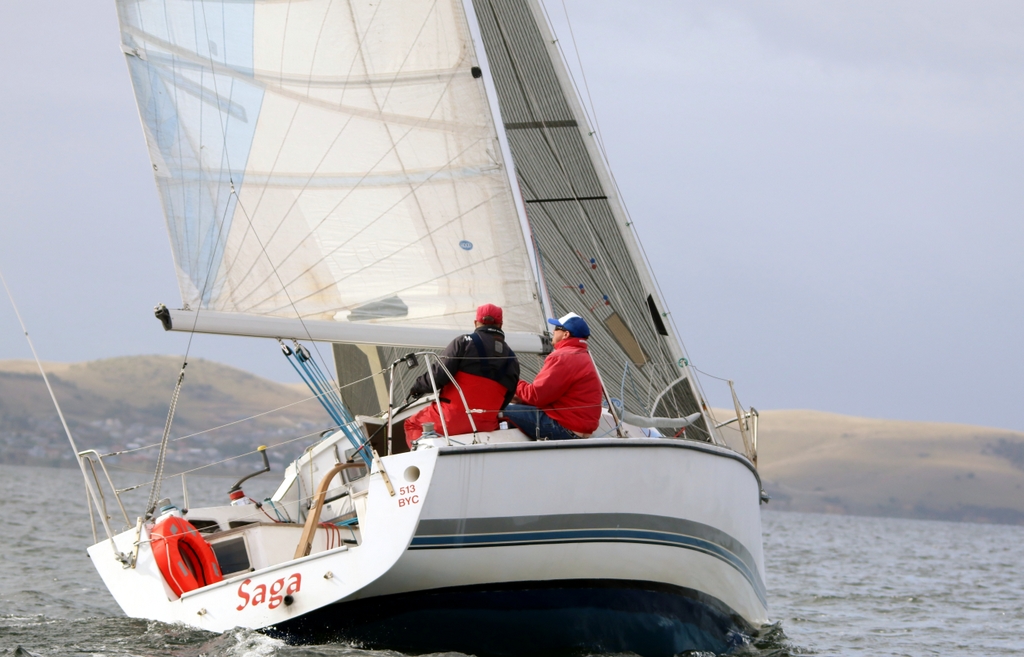 The Cup is decided on the best corrected time under PHS scoring by yachts in all four divisions of the Combined Clubs summer pennant series.

Multiple, but unsuccessful America’s Cup challenger Sir Thomas Lipton presented the cup for competition between yachts on the River Derwent in 1912. Initially it was given to the Royal Yacht Club of Tasmania who late dedicated it to the Royal Hobart Yacht Club.

The support of the Combined Clubs in recent years has brought yachting back into the Royal Hobart Regatta, now 180 years old, with the fleet today sailing past the regatta grounds to round a mark just south of the Tasman Bridge.

To decide the Lipton Cup, all divisions today sailed the same course around river marks on a day when the wind fluctuated from 0 to 18 knots in strength and from WNW to SW (and in between) during the afternoon.

Fronting up on the race course again after competing in the Bruny Island circumnavigation race on Saturday, Philosopher won the Group 1 IRC category, as the Sydney 36cr did in the Bruny race. B&G Advantage placed second, War Games third.

The flukey winds caught out several Group 1 boats with Filepro finishing 11th in fleet, Wild West 12th and Madness 13th across the line in the 13 boat fleet.