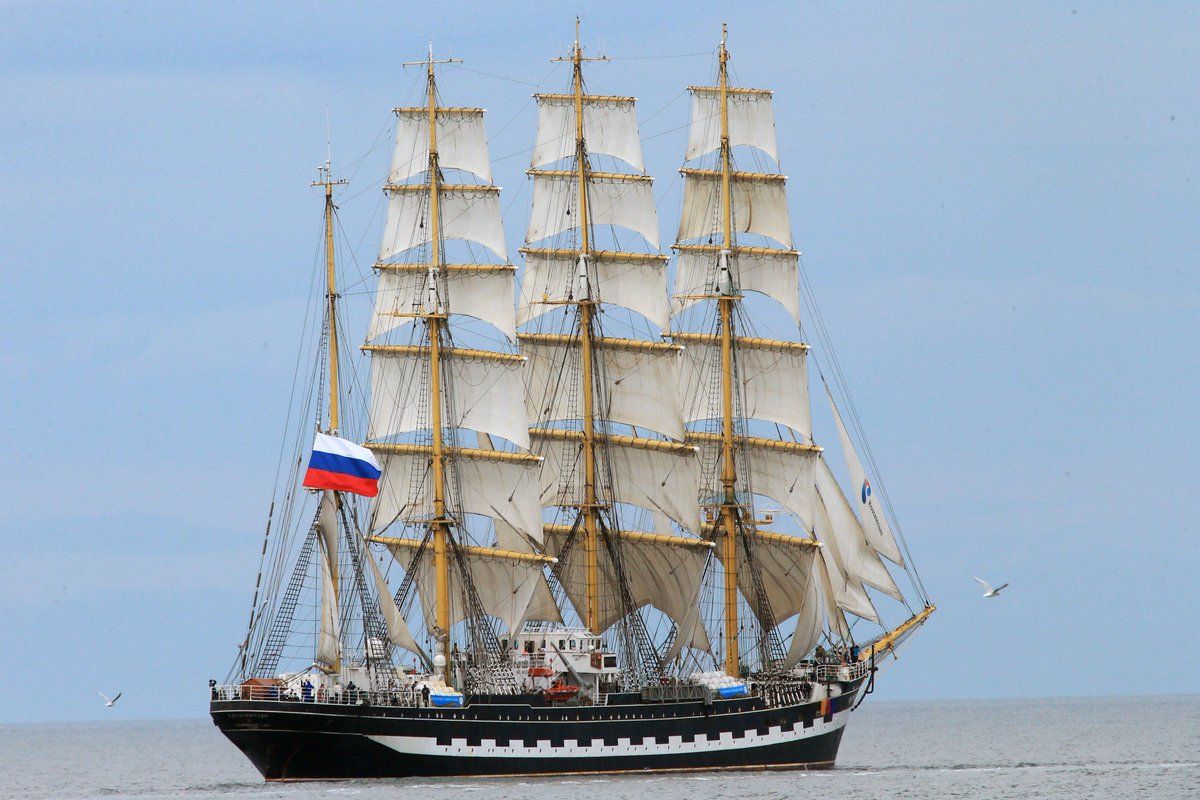 In honor of this event

Russia's tall ships are to undertake a round-the-world trip to celebrate the 200th anniversary of Antarctica's discovery by the Bellingshausen-Lazarev expedition, according to official information from Moscow. In effect, 2020 marks the 200th anniversary of the discovery of Antarctica by the expedition led by Fabian Bellingshausen and Mikhail Lazarev. In honor of this event, plans are underway for the round-the-world sailing of the tall ships Pallada, Sedov and Krusenstern in 2019-2020.

The south polar expedition consisting of two sloops-of-war, the Vostok, commanded by Fabian Bellingshausen, and the Mirny, commanded by Mikhail Lazarev, left Kronstadt in 1819 and discovered Antarctica on 28 January 1820. In 1821, the ships returned to Kronstadt. They stayed at sea for 751 days and covered over 92,000 km. In addition to Antarctica, the expedition discovered 29 islands and one coral reef. The Russian sailors conducted scientific research, including oceanographic research.

The global tour is planned to start at the end of 2019 when the ships set sail from their respective ports: Pallada from Vladivostok, Sedov from Kronstadt and Krusenstern from Kaliningrad. Thus, the expedition will consist of Sedov and Pallada sailing around the world and Krusenstern taking a transatlantic voyage. Most of the places and ports the ships will call on were discovered by the Russians during their expeditions around the world.

Milestone events during the expedition will be the meetings of the three ships in the Atlantic Ocean on the Ushuaia-Cape Town leg, in the UK South Georgia and South Sandwich Islands, with Pallada’s itinerary reaching its nearest point to Antarctica.

Read the full story at MercoPress