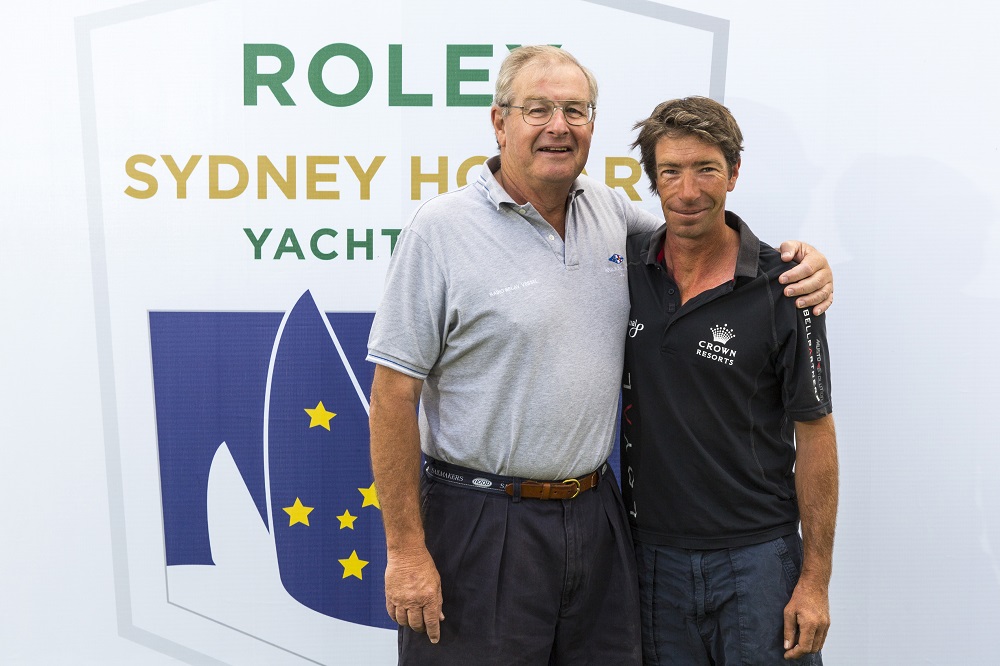 This year Brad Kellett will set a record no-one will ever beat when he becomes the youngest sailor ever to sail 25 consecutive Sydney Hobart Yacht Races.

“Twenty five races was a milestone I always wanted to achieve when I was young,” Brad says, “but to tell the truth, I haven’t really thought about it along the way. When it did start to come up towards 25, I thought I might as well – and now I’m really looking forward to it.

“Because I was so young when I did my first (16), and now you’re not allowed to compete before you’re 18, so I guess my record will never be broken.”

Brad reckons it was ever going to be thus. As the son of the renowned David Kellett the Hobart race was always in his blood.

David is one of the great figures of the modern Sydney Hobart. For the past 11 years he has been chaperoning the fleet down to Hobart on the Radio Relay Vessel, but before that, as sailing master/skipper of some of Australia’s great maxis, his name was synonymous with boats like Gretel, Vengeance, Sovereign and Condor as he made his way to his 31st Hobart.

“I guess with his old man running maxis from when he was born, it was inevitable he was going to follow suit,” an extremely chuffed Kellett says. “Even as a small boy Brad went everywhere with me, and from the age of 10 he was often aboard when we went racing.

“I remember when we did the Tall Ships race back from Hobart in 1988 the requirement was that half the crew had to be between 16 and 21 years of age. I got into real trouble from 11 year old Brad when I said he couldn’t race down to Hobart with me on Sovereign.

“I promised him he could do the race when he was 16 and sure enough, on his 16th birthday, he declared he was ready, and he did his first race on Condor.”

Brad was a crew member aboard ‘Sydney’ in 1998 when David did his 25th race. Now the father will relay the scheds from the son when Brad calls in from the super maxi Perpetual LOYAL.

“Sailing has been a great bond between us,” Kellett says.

In recent years, Brad has been managing the perennial Brindabella, one of the last remaining 80 foot maxis still competing. But this year he took a big step up to become the boat captain of Anthony Bell’s Perpetual LOYAL. Brad joined the boat while Bell was trying to come back after two gut wrenching retirements.

“We’ve put in a lot of hard work, and Anthony has bought a lot of intensity to the project,” Brad says. “We’ve put a lot of thought into why the boat’s failed in the last two years. We’re determined to get the boat over the line this year.”

Like his father, Brad has revelled in Hobart glory already, winning the Tattersall’s Cup in 2000 aboard Ausmaid, alongside the great Roger Hickman.

“But right now, I still have two line honours wins on him,” Kellett senior grins.

The start of the Rolex Sydney Hobart Yacht Race will be broadcast live on the Seven Network throughout Australia.