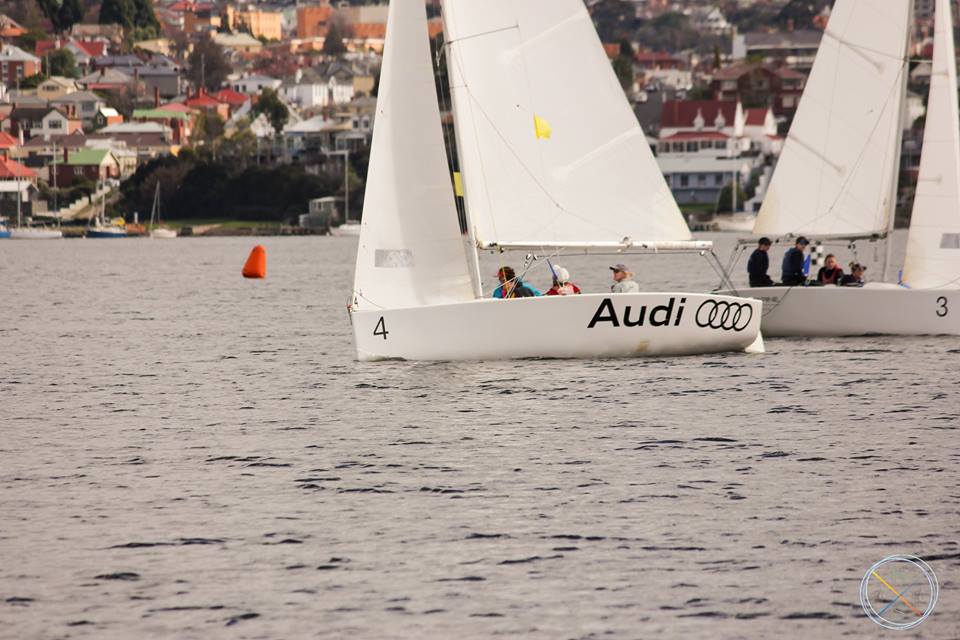 Sharing the lead with six wins each after the first round-robin are two talented young crews from Sydney's Royal Prince Alfreed Yacht, Sarah Parker skippering RPAYC1 and Claire Costanzo at the helm of RPAYC.

With four wins each are the Royal Yacht Club of Tasmania/Athena Sailing team, skippered by Sam Bailey, and the Cruising Yacht Club of Australia 1 team, headed by Caitlin Thames.

The three day event is being conducted by the RYCT, with the racing in club's fleet of Elliott 6 sports boats.

Racing began today in light 8-10 knots strengthening to 12-14 knots later in the afternoon.

The full score sheet for today's racing is published on the RYCT web site.