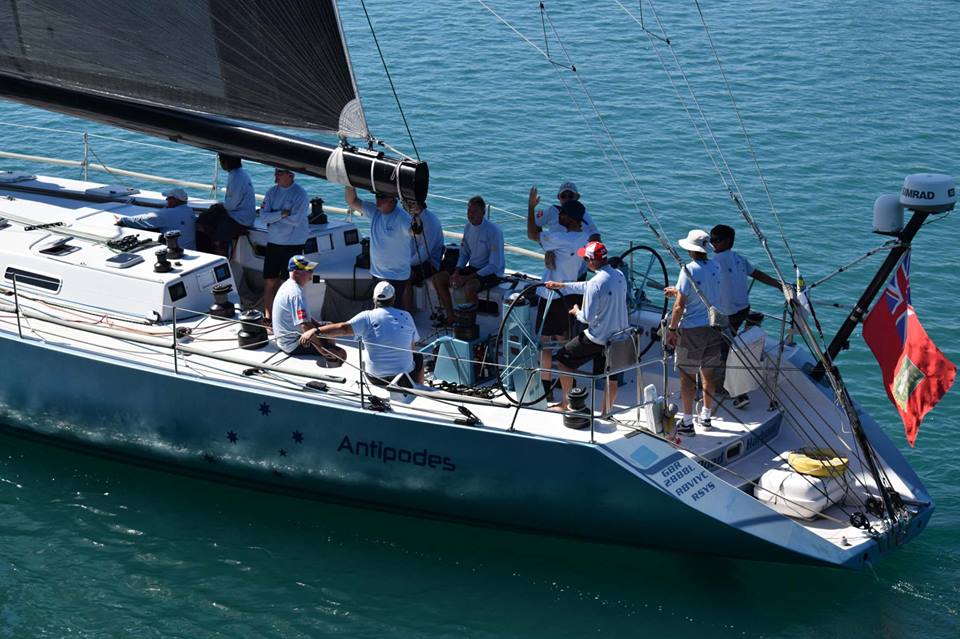 Antipodes in the Darwin to Ambon Race.

This year was the 32ndDarwin to Ambon Yacht Race, hosted by Dinah Beach Cruising Yacht Club. A fleet of 16 yachts with more than 100 crew from nine countries set sail from North Australia bound for Indonesia on 13thAugust 2016.

After a very slow start and a painful exit from the harbour the wind gods finally heard the calls. The fleet sailed in an average of 20-30 knots of breeze throughout the 600NM race. Warm weather, winds & a kite most of the way making for great sailing…

Ambon Harbour known for its light and fluky breezes was fairly well tackled by most and racing was keenly followed by many through the race tracking site in both Australia and Indonesia as the 18yr long race record was broken. There was also the “Battle of the Beneteau’s” for line honours in the Cruising Monohull Division with the first two boats finishing just 15 minutes apart after duelling for three days.

Most of the fleet arrived in time for Indonesian Independence Day celebrations. As usual the locals put on a great reception (including fireworks for the first few yachts!). Participants spent the week chilling out in the village of Amahusu, talking to locals, visiting schools & participating in a number of organised social events. There was even a rock concert on the beach!

Next year’s race will start on Saturday 5thAugust 2017. It is hoped that the race will attract a larger fleet in 2017 as it ties in with the Fremantle to Bali Race & word spreads about the great times to be had by all in Ambon this year Anyone interested in the 2017 race should register their interest through our website www.darwinambonrace.com.au orcontact us via info@darwinambonrace.com.au forfurtherinformation.