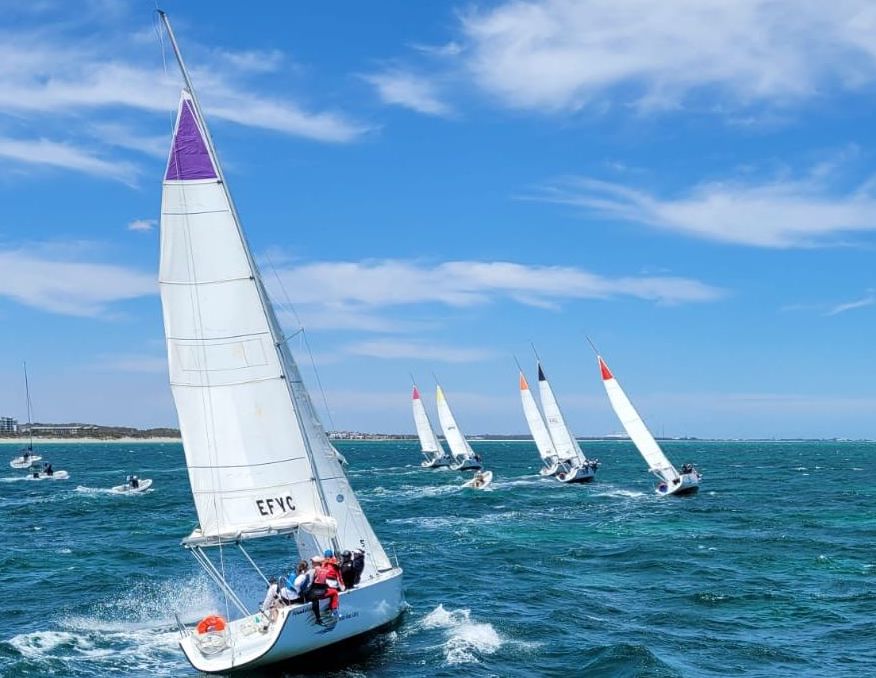 On Sunday, off the coast of Fremantle in South Beach, WA’s female keelboat sailors battled it out on the fleet of Foundation-36s for the 30th edition of the Women’s State Keelboat Championship.

2019’s winner, Lucy Alderson, took it up a notch as the racing proceeded – finishing up with four out of five race wins. Rounding out her crew of female Freshy sailors were Ishbel Laing, Rosie Rowell, Sophie Townes, Kate Holling, Lee Evelegh, and none other than seven time Womens State Keelboat Champion – Adele Jackson, resulting in an unbeatable combo sailing out on Freo Waters.

Thank you to all involved in past editions, as well as today’s edition of the event. Bring on another thirty years of superb female competition.

For the full results, see: https://www.swanriversailing.com/wp-content/uploads/2021/11/30th-wskc-regatta_results_website.pdf