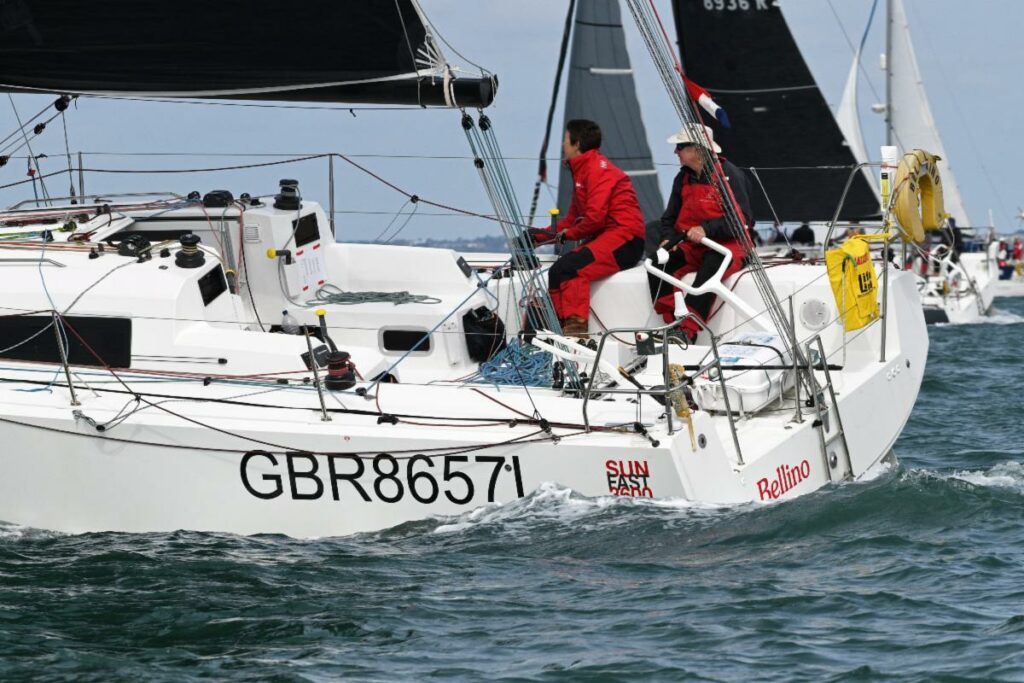 The successful two-handed duo of Rob Craigie and Deb Fish will compete in their first Sevenstar Round Britain and Ireland Race. Pic - Paul Wyeth/pwpictures.com 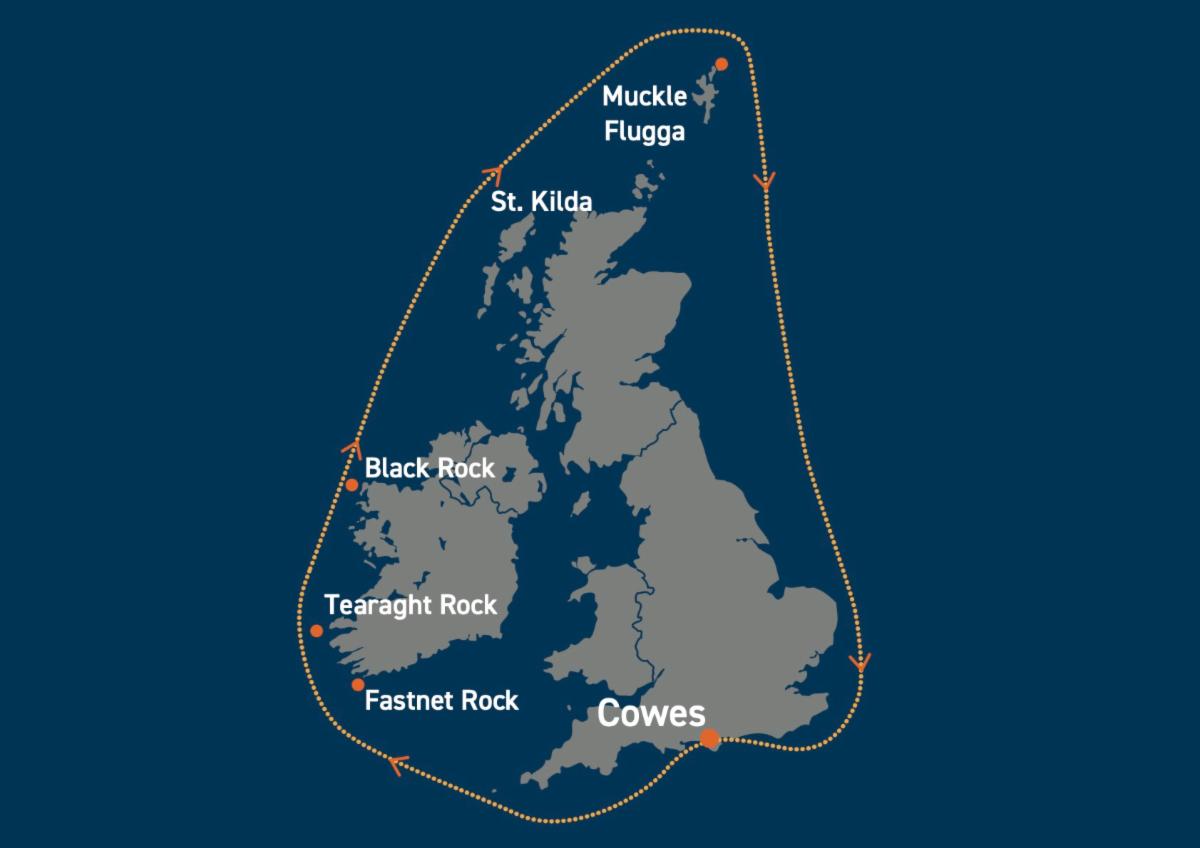 Cowes: On August 7, 2022, a record 15 teams are planning to take on the marathon IRC Two-Handed for the 2022 Sevenstar Round Britain and Ireland Race.

Short-handed racing with the RORC has been booming in recent years with 84 teams competing in the 2021 RORC Season’s Points Championship. The 1,800-mile Sevenstar Round Britain and Ireland Race is a hard task for a full-crew, let alone two-handed. Since IRC Two-Handed was introduced 12 years ago, 25 teams have started the race; only nine have finished.

For the 2022 Sevenstar Round Britain and Ireland Race, Rob Craigie and Deb Fish will be racing Sun Fast 3600 Bellino (GBR), which will be among the favourites for IRC Two-Handed. Between them Rob and Deb have competed in 20 Fastnets and have been racing together for seven years, winning IRC Two-Handed for the RORC Season’s Points Championship in 2017, 2019 and 2021. This will be their first two-handed Sevenstar Round Britain and Ireland Race.

“We partied for three nights after completing the race fully crewed in 2000,” commented Deb Fish. “It is going to be quite a race; the depth of competition is shaping up to be incredible. I think Shirley and Dee will be the ones to beat.”

Dee Caffari MBE and Shirley Robertson OBE will be racing together on a brand-new Sun Fast 3300 RockIT (GBR), which is due for launch in April. Shirley’s strength is sailing the boat hard, keeping up the intensity of speed. Dee’s strength is her knowledge and confidence of the course, possessing all the ingredients towards making the right decisions.

Dee Caffari has sailed around the world six times and was the first woman to sail single-handed and non-stop around the world in both directions. Dee has an equally impressive record in the Sevenstar Round Britain and Ireland Race, setting the Women’s Monohull Course Record as skipper of IMOCA Aviva (2009), and then breaking her own record as part of Sam Davies’s crew on VO65 Team SCA (2014 – 4 days 21 hours 00 mins 39 secs). Dee has completed the race four times.

“The course is full of obstacles, challenges and it is really testing, and that is the attraction of the race,” commented Dee Caffari. “Assuming a traditional clockwise direction, the first part is really good sailing in open water; past the Fastnet and onto the West Coast of Ireland, that’s the enjoyable part, but then you get the stress. You are getting more tired when you reach the top of the course, Muckle Flugga. It is further north than Cape Horn is south and the two rocky outcrops are amazingly very similar.

“After that you come down the North Sea, scattered with oil rigs, wind farms, sand banks and shipping lanes. The pressure is really on when you are tired, and probably a bit frustrated. It is no wonder that everyone finishes really broken. This race is all about management at multiple levels: management of yourself, your teammate and the boat.”

Shirley Robertson made history becoming the first British woman to win an Olympic Gold medal at consecutive games. In the last two years Shirley has raced two-handed with Henry Bomby on Sun Fast 3300 Swell. Shirley and Henry took Line Honours in the 2021 Rolex Fastnet Race for IRC Two-Handed and were second overall in a fleet of 56 boats, after time correction. Shirley has accumulated expert knowledge racing the Sun Fast 3300, but this will be her first Sevenstar Round Britain and Ireland Race.

“This race has a different kind of intensity, racing for 2,000 miles is new to me,” commented Robertson. “It is a long time, 24-7 with two people in a very small boat. We are going to have to pace ourselves, prioritise rest and really look after each other. We need to be well prepped, think about everything in advance and have real confidence in the boat.”

This will be Shirley’s first-time racing around her native Scotland, but she admits never having been to Shetland, let alone raced around it. “I have this romantic image of the race that we would be racing around the beautiful Scottish coastline, but I am sure the reality will be very different. It is a massive appeal for me to race around the place that I love; it will be special to see all that from the sea.”

The father and daughter combo, Jim and Ellie Driver will be racing Sun Fast 3300 Chilli Pepper (GBR) in the 2022 Sevenstar Round Britain and Ireland Race, having placed 16th in the 2021 Rolex Fastnet Race. Ellie is just 20, studying Naval Engineering at Southampton University and started sailing dinghies in Anglesey, North Wales, progressing to the 420 class.

“The Fastnet was a big step to start with and this is a good step-up from that. It will be an awesome one to complete,” commented Driver. “Both myself and dad are very competitive and having exceptional sailors in the class means you can learn from them. It makes you race harder, pushing you to an extra gear. I have found all the teams are really supportive, it really is quite a community.

“Me and my dad get along really well and we have different skill sets and when we bring them together, we understand what each other needs. This has let us work out how to best sail the boat, it is a really special experience, but mum does have a few fits when we go offshore!”

Gavin Howe’s Sun Fast 3600 Tigris (GBR) returns having completed the race in 2018 with Sam Cooper. For 2022, Gavin will race Tigris with 30-year-old Scot Maggie Adamson. This is Maggie’s third season with Tigris, having already raced the Rolex Fastnet and around Italy.

Away from racing Maggie is a Lerwick Lifeboat member, tall ship skipper and champion fiddle player. No doubt Maggie will be packing her fiddle along with the warm weather gear for the Sevenstar Round Britain and Ireland Race. To watch her play, see: https://youtu.be/Q4cxFkulA8s

The Sevenstar Round Britain and Ireland Race is scheduled to start from Cowes on August 7 2022. Starting from the Royal Yacht Squadron line, the fleet race east through the Solent, past the headlands of the South West of England, and into the Celtic Sea and the West Coast of Ireland.

The Atlantic racing continues past St Kilda, up to the most northerly point of the course, Muckle Flugga – on the 61st parallel. Turning south through the North Sea, then along the English Channel and then returning to the Solent, the race finally finishes back in Cowes on the Isle of Wight.

For more information about the Sevenstar Round Britain and Ireland Race and to enter, go to: https://roundbritainandireland.rorc.org/

For entries and expressions of interest, see: https://roundbritainandireland.rorc.org/entries-interest