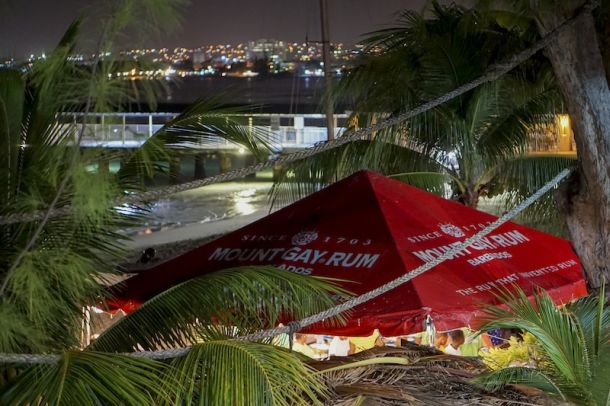 Bridgetown, Barbados (23 September 2015): Now is the time to sign up for the Mount Gay Round Barbados Race Series (16-24 January 2016), as preparations to mark the 80th anniversary, and to commemorate 50 years of independence for Barbados, are well underway.

Thanks to its re-launched in 2014, where a new race format and more record-breaking opportunities were introduced, this Caribbean season opening regatta is now one of the key events on the race circuit, and is fast becoming a speed-sailing, record-breaking favourite.

Three days of coastal racing, the Mount Gay Rum Round Barbados Race (the headline event), and the chance to contest a final 300-mile Ocean Race to Antigua to tie up with the Superyacht Challenge, gives plenty of options for teams looking for early season, top-class racing.

For teams with a taste for speed, and rum, there’s a chance to win their skipper’s weight in Mount Gay Rum as a prize for the fastest time if any of the 14 Mount Gay Rum Round Barbados Race records are broken. At the 2015 event earlier this year, three teams managed to scoop the top prizes, which amassed a total of 78 cases of Mount Gay Rum.

The racing/record-breaking opportunities, together with legendary rum-fuelled parties, a visit to the Mount Gay Rum Distillery, and the chance to soak up the colonial-style Bajan hospitality at an exhibition polo match on lay day, have all helped establish the unique identity of the Mount Gay Rum Round Barbados Race Series.

This year Errol Barrow Day – the birthday of the first Prime Minister of Barbados, and ‘father’ of independence, who was a keen sailor/member Barbados Cruising Club – commemorates 50 years of Independence for Barbados.

In an effort to mark the occasion, William Griffith (CEO of Barbados Tourism Marketing Inc), has announced a new and exciting partnership between Barbados and Team Concise, Britain’s successful offshore racing team. The MOD70 trimaran – Concise 10, and the highly successful Royal Ocean Racing Club (RORC), Class 40 Champion, Concise 8 will be branded Ms BARBADOS, for the forthcoming winter season and will be based near Bridgetown, Barbados.

Team Directors Tony Lawson and Ned Collier Wakefield launched Team Concise in August 2006 with the intention of helping young British sailors forge a future in competitive offshore racing. Since then the team has completed over 30,000 miles of racing, built three generations of Class 40s, and produced some notable race results, including a Class 40 world championship win.

Lawson, Concise CEO, commenting on Barbados as a choice for his team’s winter base, commented: “Barbados has it all including deep sea fishing, water-sports, super beaches, surfing, golf courses, tennis, first class polo and horse racing, motor racing, great restaurants and iconic hotels – and it’s all within 20 minutes. There's nowhere else in the West Indies that can offer my crew and guests so much. In fact you can't find an offer like this anywhere else in the world. It’s unique! That's why we are delighted to be going there.”

Team Concise is expected in Barbados around the 15 December, after Concise 10 completes the RORC Transatlantic Race, and Concise 8 the Transat Jacques Vabre race from France to Brazil. Then, as part of their programme, the two boats will make repeated runs around Barbados attempting to establish new records for the fastest time around the island. This will create a visual feast of speed for visitors on the beaches as well as for the local Bajans who have a passion for anything fast.

In addition, there is a planned showdown between the MOD70 trimaran – Concise 10 – and a local rally car that will race each other around the island, plus the introduction of the The Barbados Flying Mile. The Barbados Flying Mile, which is open to all comers, provides even more chances to establish new records. The idea is for teams to time themselves over a measured mile between two official marker buoys, post their elapsed times online, and claim bragging rights if they are the fastest.

Although out-and-out racing machines such as TP52s, MOD 70s, Volvo 70s, and local one-designs, cruisers, and charter yachts, are expected to make up the bulk of the fleet for the Mount Gay Round Barbados Series, there is likely to be a fine sprinkling of classics. Among the prettiest is Mat Barker’s Alfred Mylne 65 The Blue Peter, built by W. King & Sons at Burnham-on-Crouch, UK.

The outright monohull record round the island of Barbados remains in the hands of Andy Budgen and team on the British VO70 Monster Project who set a time of 4 hours 42 minutes 28 seconds in 2014. However, with the likes of the Barbados-branded team on their MOD70, and a selection of super-fast monohulls taking part, the absolute multihull record and several monohull class records look set to fall.

The highly competitive J/24 fleet always attracts big numbers and now, with the added opportunity to contest the 60-nautical mile Round Barbados Race, the organisers expect a further increase in entries. The time to beat from last year’s inaugural J/24 Round Barbados course is 09hrs, 06mins, 38secs.

The charter option for the Mount Gay Round Barbados Race Series is, not surprisingly, hugely popular. It offers clients the chance to visit Barbados and experience the Island’s warmth and hospitality and enjoy the seriously fun sailing and partying, without the responsibility/time of sailing the boat there. So far there are 14 charter company options available including OnDeck, Stormforce Coaching, Performance Yacht Charter, plus there are plenty of individual charter yachts spaces on offer including a VO60s and a TP52. Click here for a list of charter options available.

For further information and details on how to enter click here or contact Alene, the Event Manager, at alene@barbadoscruisingclub.org.