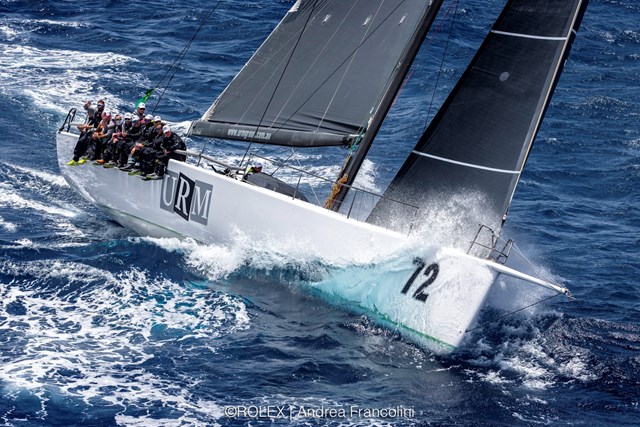 Strong winds and high seas have handed the Rolex Sydney Hobart Yacht Race fleet a battering on the first night, with 12 entries being forced to withdraw.

Tonight, the forecasted strong southerly that reached up to 30 knots, along with big seas, had reduced the fleet from 88 at the start of the race to 76 boats.

Amongst the first retirements was the Reichel/Pugh 69 Moneypenny, owned and skippered by Sean Langman. It was forced to turn around and return to Sydney due to a broken forestay.

On approach to Sydney Heads, Langman said: “It wasn’t ideal breaking the forestay. We were doing quite a bit of short tacking and there was a bit of current and the seas were up.

“Let’s say it was pretty fruity. We were using new technology with foils. We had faith in the new system, I suppose you learn from this.”

Blink and Mako were the other early casualties. All on board the three yachts are fine.

After reports of their withdrawals from the Cruising Yacht Club of Australia’s 628 nautical mile race were confirmed, a series of further withdrawals followed.

In the chase for line honours, Black Jack (QLD) has overtaken Christian Beck’s LawConnect (NSW), with less than two miles separating the pair. SHK Scallywag 100 (Hong Kong) was a further three miles behind, while the Botin 80 Stefan Racing was clinging on, three miles astern of the Hong Kong boat.