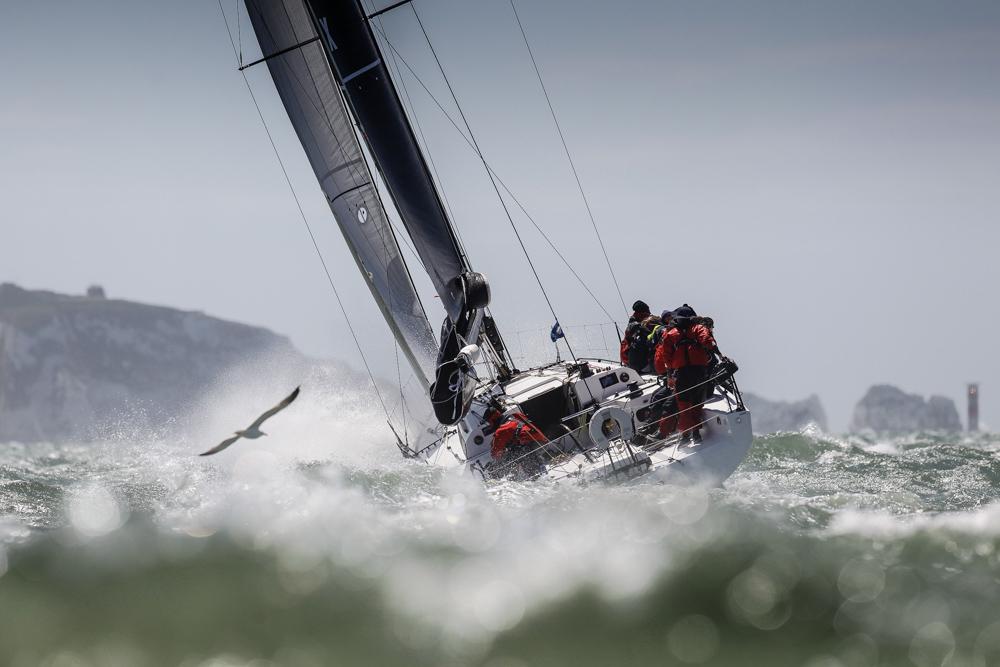 Tom Kneen's JPK 11.80 Sunrise has the Needles in sight in what proved to be a testing RORC De Guingand Bowl in 2019

The Royal Ocean Racing Club announces further cancellations and changes to some of its key events as the season progresses and the COVID-19 pandemic continues throughout April. The decision comes after continued close monitoring of Government and medical advice, and in line with guidance from World Sailing and the RYA. The RORC's intention is to adapt its race programme and courses as necessary in order to get members and competitors on the water as soon as it is possible and appropriate.

Myth of Malham – Cancelled
One of the most popular and tactically challenging races, the 230nm Myth of Malham race, scheduled to start on Saturday 23rd May (Bank Holiday), has regretfully been cancelled. The course from Cowes, around Eddystone Lighthouse and back to a finish in the western Solent, mirrors the first 130nm of the Rolex Fastnet Race and takes in some of the most complex tidal gates around notable headlands that include Portland Bill and Start Point.

De Guingand Bowl – Cancelled
The next cancellation in the 2020 RORC Season's Points Championship is the De Guingand Bowl on Saturday 6th June. The race traditionally sails a course relatively close to the Isle of Wight with a Club finish back in the Solent.

RORC Racing Manager Chris Stone comments: “In previous editions, it has provided a great opportunity for the Race Committee to try different aspects of course setting to challenge the fleet and its navigators. Last year we tried out some really exciting and new ideas around the course and the weather, and we were extremely keen to keep that going again. Sadly it's not to be this year, but we will continue to explore these ideas in 2021!”

East Coast Race – Under review
The Club is also working closely with EAORA (East Anglian Offshore Racing Association) and the East Coast Race which is still currently scheduled for the 19th June. The Associations' PRO, Paul Jackson said: “The East Coast Race is still under review. There have been some positive comments from the Netherlands, but it is still early days at the moment and we will wait until we are a little closer to the event to make a final decision.”

IRC Rating Director Dr Jason Smithwick commented: “This later schedule for the IRC Nationals could be a good result for the IRC fleet. A later schedule in September should allow the best chance of giving the national IRC fleet a top level event with sailing in good conditions.”

RORC Commodore Steven Anderson commented: “Today's announcement cancelling our next two offshore races were inevitable, however we are keeping all our options open to get the fleet back on the water as soon as it is appropriate. We may have to shift our focus to more Solent-based racing, or at least racing a little closer to home, but it's our intention to get as much racing into our programme as we can and adapt events and the programme as necessary.”