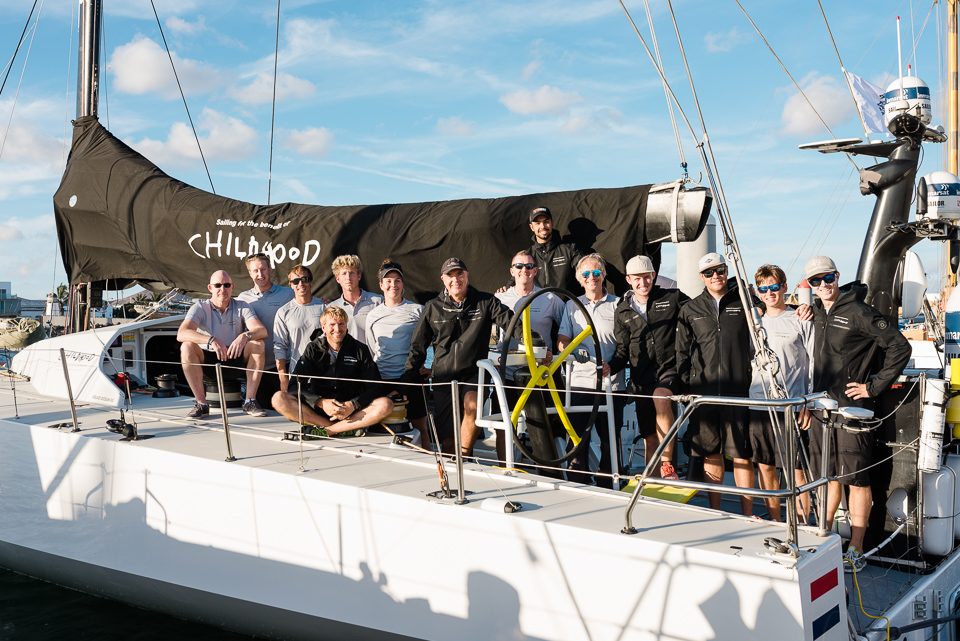 Arrecife, Lanzarote: On the penultimate day before the start of the 6th edition of the RORC Transatlantic Race, crews of the international fleet have eyes on the weather for the 3,000 nautical mile race across the Atlantic Ocean to Grenada in the West Indies.

This will be the first race for a new team with ambitions to take part in The Ocean Race 2021-22. The VO65 Childhood I will be skippered by Bouwe Bekking for the RORC Transatlantic Race.

The Dutchman has competed in the last eight editions of the round the world race, and has sailed more than 100,000 miles on the VO65. Childhood I is supporting the World Childhood Foundation which develops solutions to prevent the exploitation of children.

After leaving Marina Lanzarote the boats must transition the Canary Islands, experiencing land effects from the rugged volcanic islands. After passing Tenerife the fleet will head out into the open waters of the Atlantic Ocean.

The traditional southerly route would take the competing yachts towards the Cape Verde Islands before turning west. However, with modern weather models and sophisticated route planning software, a northerly route can be quicker. The northerly route, skirting the low pressure systems, can provide trials and tribulations – the wild ride may be fast but also brutal.

The largest yacht competing in the 2019 RORC Transatlantic Race, Wally 100 Dark Shadow, and the smallest yacht JPK 10.10 Jangada, have shared their views on tactics.

Dark Shadow has an international crew of 16 sailors and hopes to beat their previous elapsed time for a Transatlantic Race of just under 12 days. British Jangada will be race double-handed by owner Richard Palmer sailing with Jeremy Waitt.

The British pair has little in the way of comforts on board and will spend long periods alone on deck racing in the remote Atlantic Ocean.