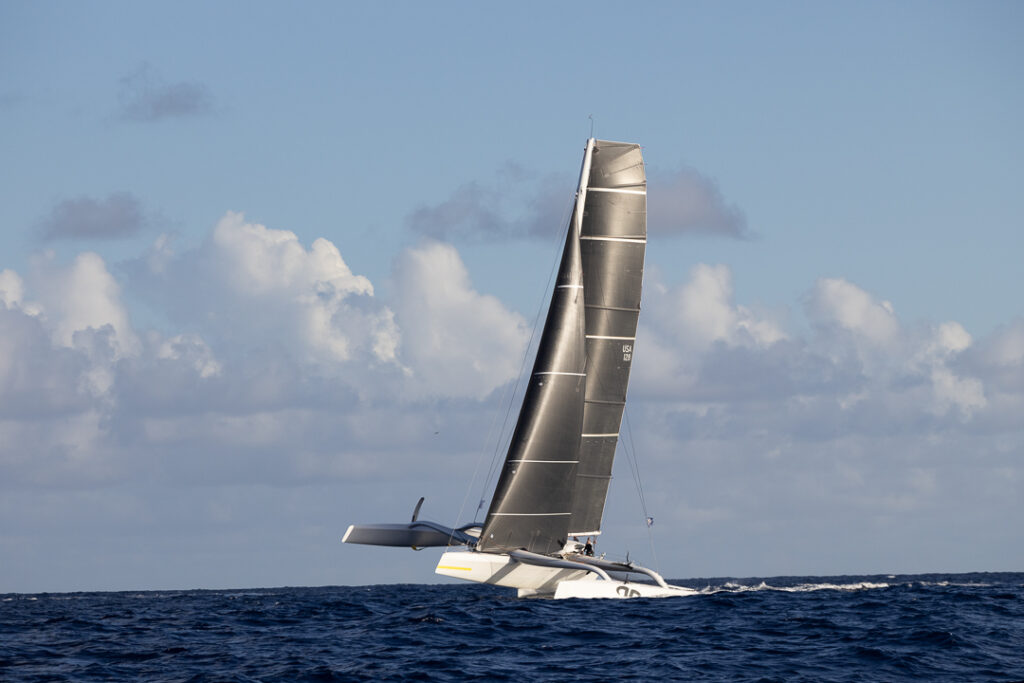 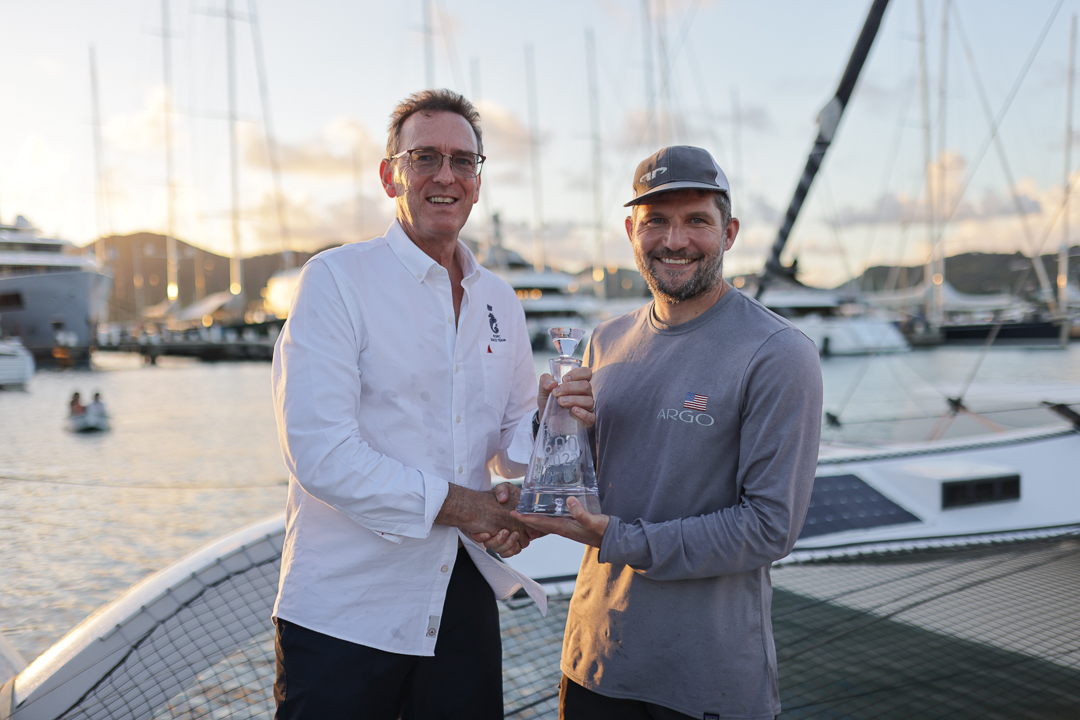 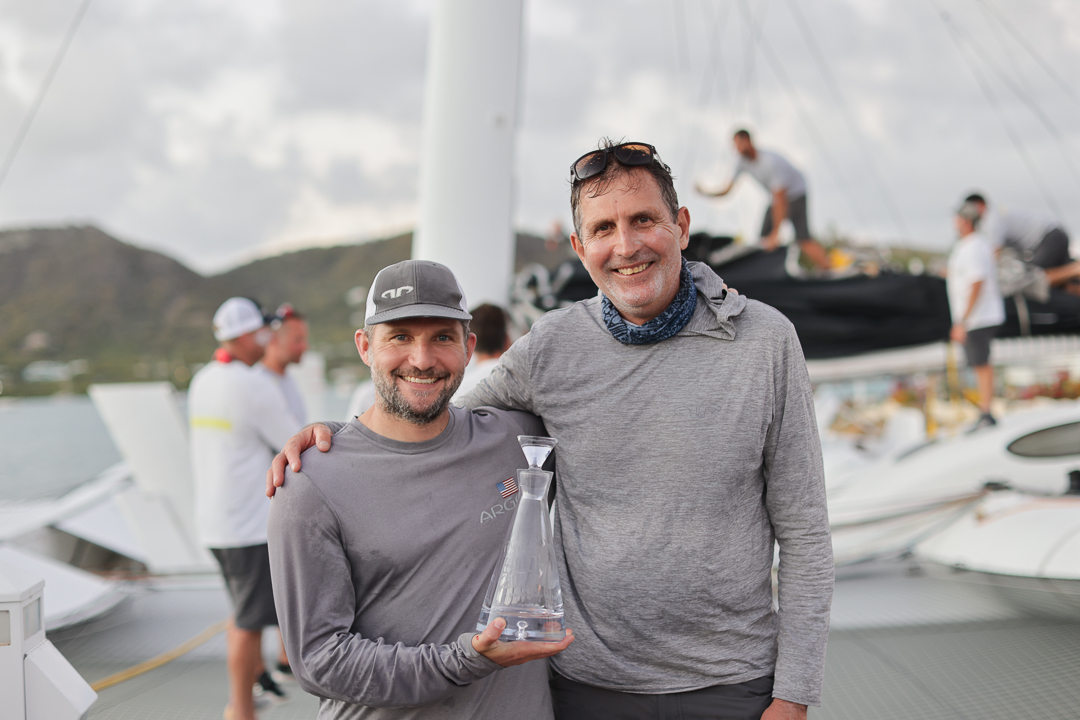 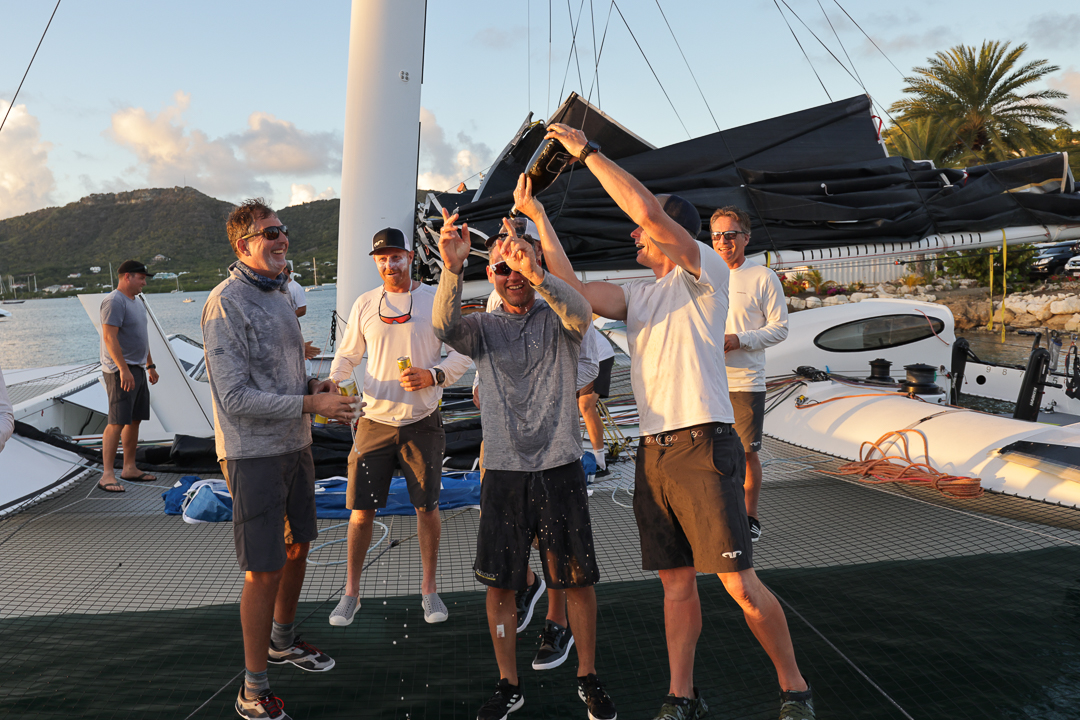 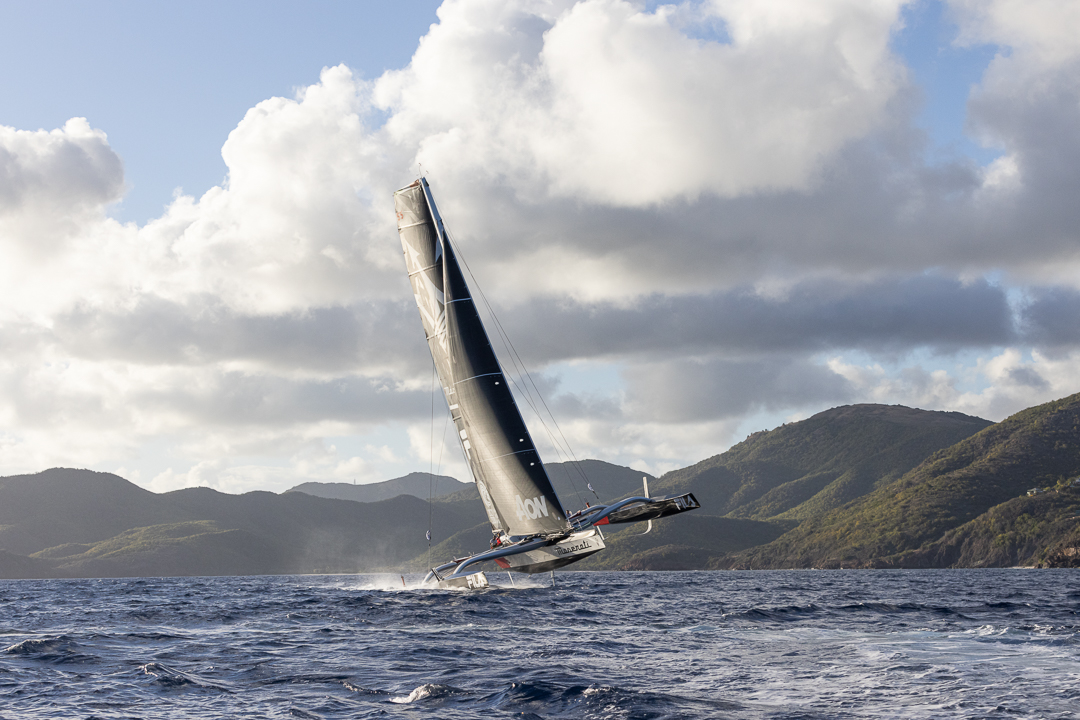 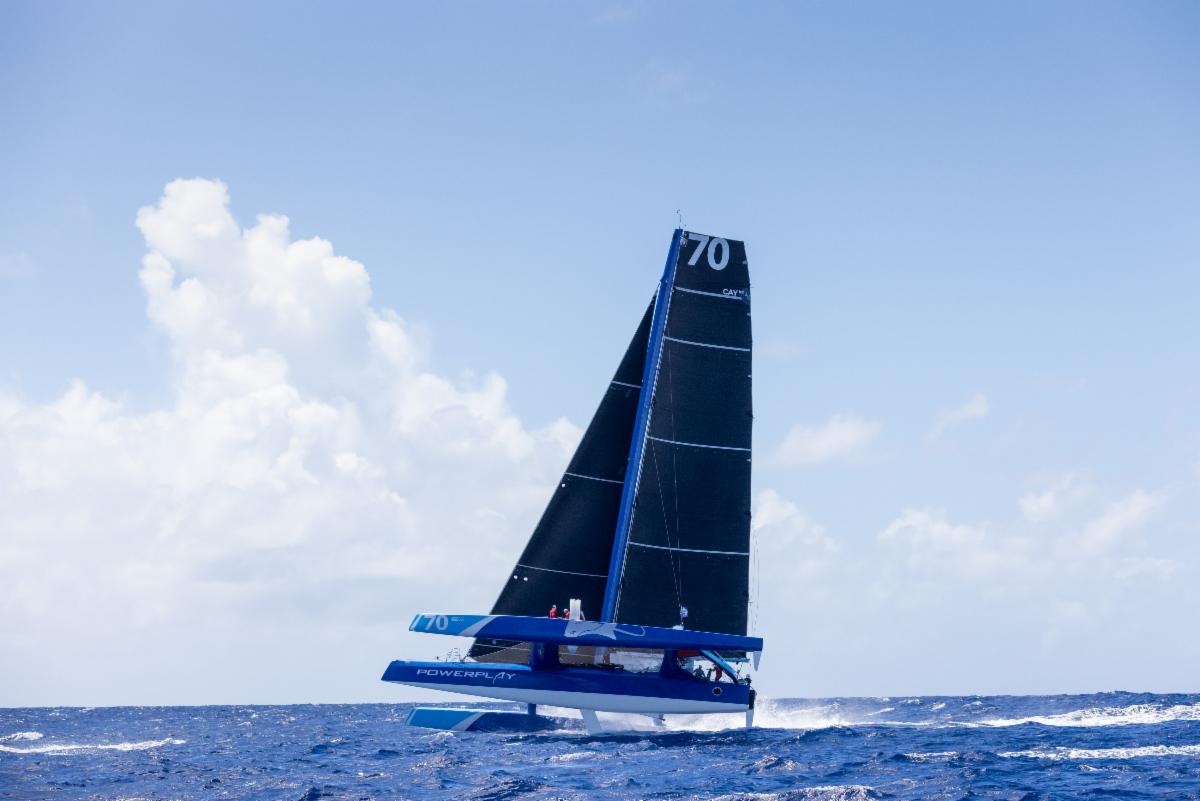 PowerPlay led in the early part of the race but finished third overall. Pic - Arthur Daniel/RORC

Giovanni Soldini’s Multi70 Maserati (ITA) was just 2 minutes and 13 seconds behind Argo. Peter Cunningham’s PowerPlay (CAY) led in the early part of the race but finished third. This was the first line honours win for Argo having come runner-up on two previous occasions. Multihull Line Honours was decided in the final few miles of the 600-mile race.

“This race is always an emotional rollercoaster,” Carroll said. “I think we traded the lead with the other boats about five or six times and the last change was 20 minutes before the finish with Maserati. It was a boat-on-boat tacking duel. I am sorry for Maserati because they sailed a great race. Before the awesome finish the closest match racing we had was in the lee of Nevis and St. Kitts. We traded the lead two-sail reaching, doing 35 knots! At that pace everything happens so fast and you have to plan in advance, but it is so exciting for sure.

“Approaching Redonda, Maserati was leading by about three miles, but Argo closed the gap to about half a mile on the rounding and from Redonda to the finish was almost a one tack beat on Port.

“We knew there was about a 30-degree header coming. We waited for that instability and chose to tack away leaving Maserati with a decision, and they chose to cover us through the unstable conditions. From then on, we had a duel of about 10 tacks, more than we had done the whole race. We eked out a tiny lead and then Maserati tacked a little too close to us. Before they could build speed, we luffed them a little bit, then pulled out the win,” continued Carroll.

Jason Carroll’s Argo has come runner-up on the two previous races, so to win on the third attempt was a sweet victory for Argo. “This win is one of the sweetest from the way it played out, just from how hard-fought this race win has been. Having a great two boat contest was so exciting for the whole crew, this was an opportunity not just to sail fast but to flex your sailing skills. This is our favourite regatta of the year; it is very well run and we love coming to this one.”

Maserati’s Giovanni Soldini commented after the race: “It was a very close, fantastic race the whole way. The competition level is very high and it was just a case of nearly, but nothing for us. Approaching Redonda, we did get snagged in a buoy on the rudder; the second time this has happened in our races and both times Argo has caught us! But it is okay, I think Argo did a wonderful race. Probably with our big foils we should have just gone straight and should not have gone into the tacking duel. This was a wonderful race; a great experience and we have learned many things and we are ready for the next one.”