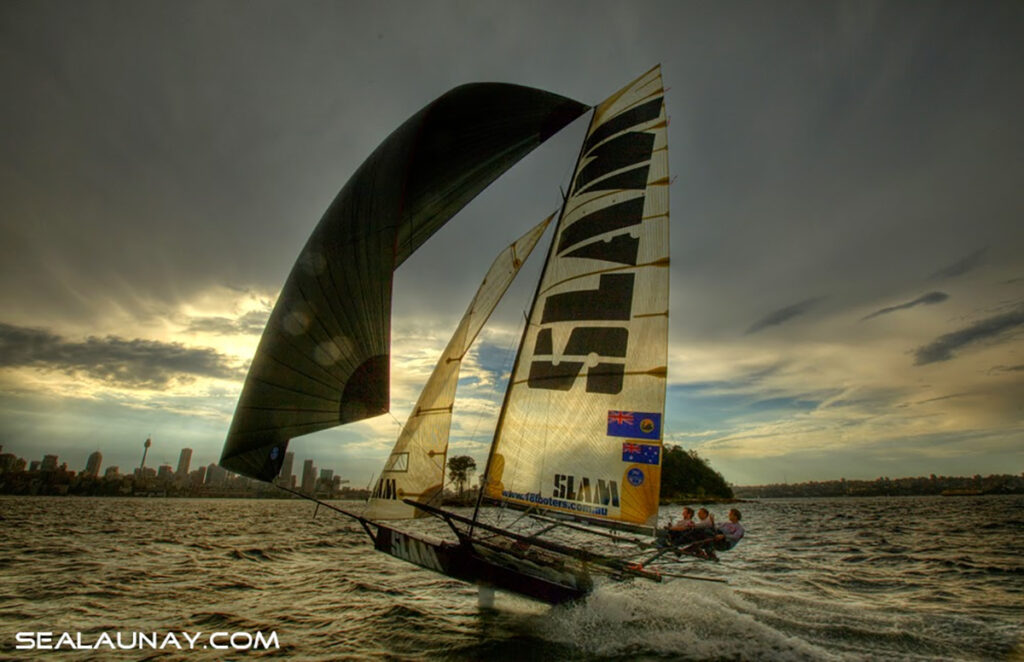 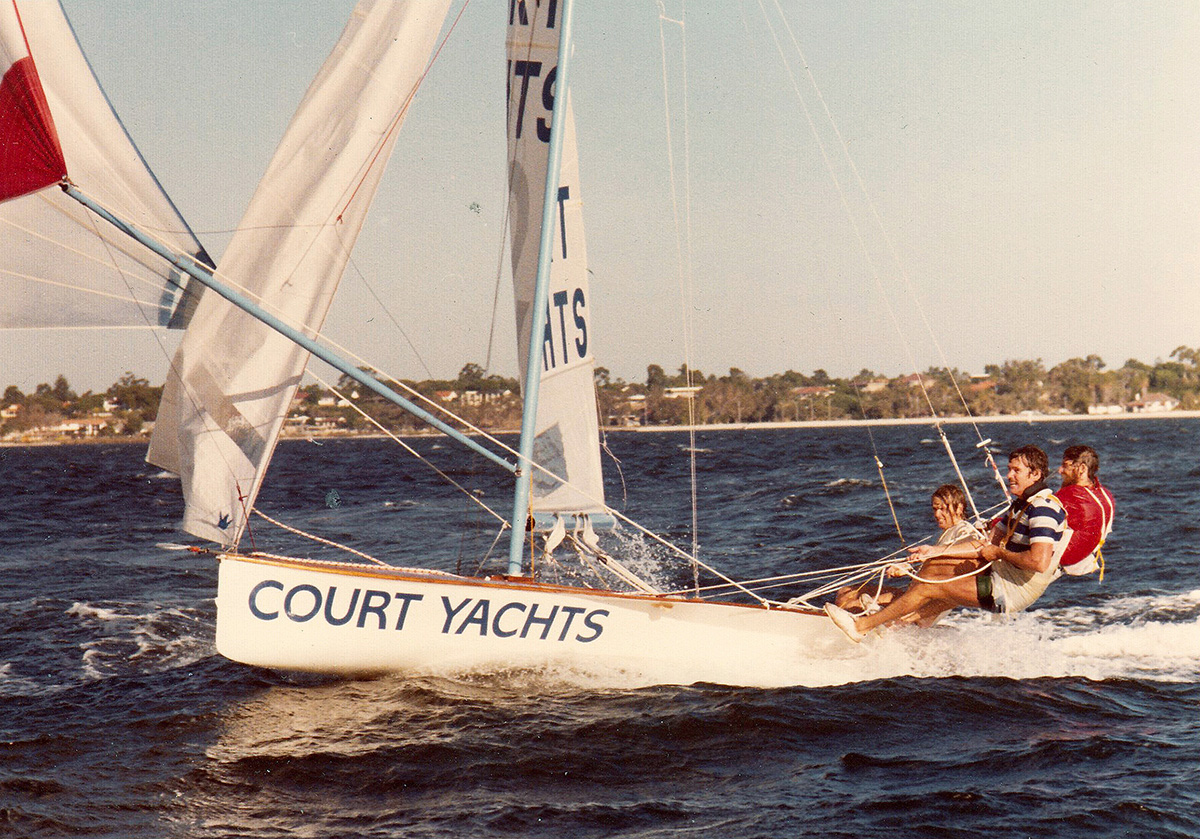 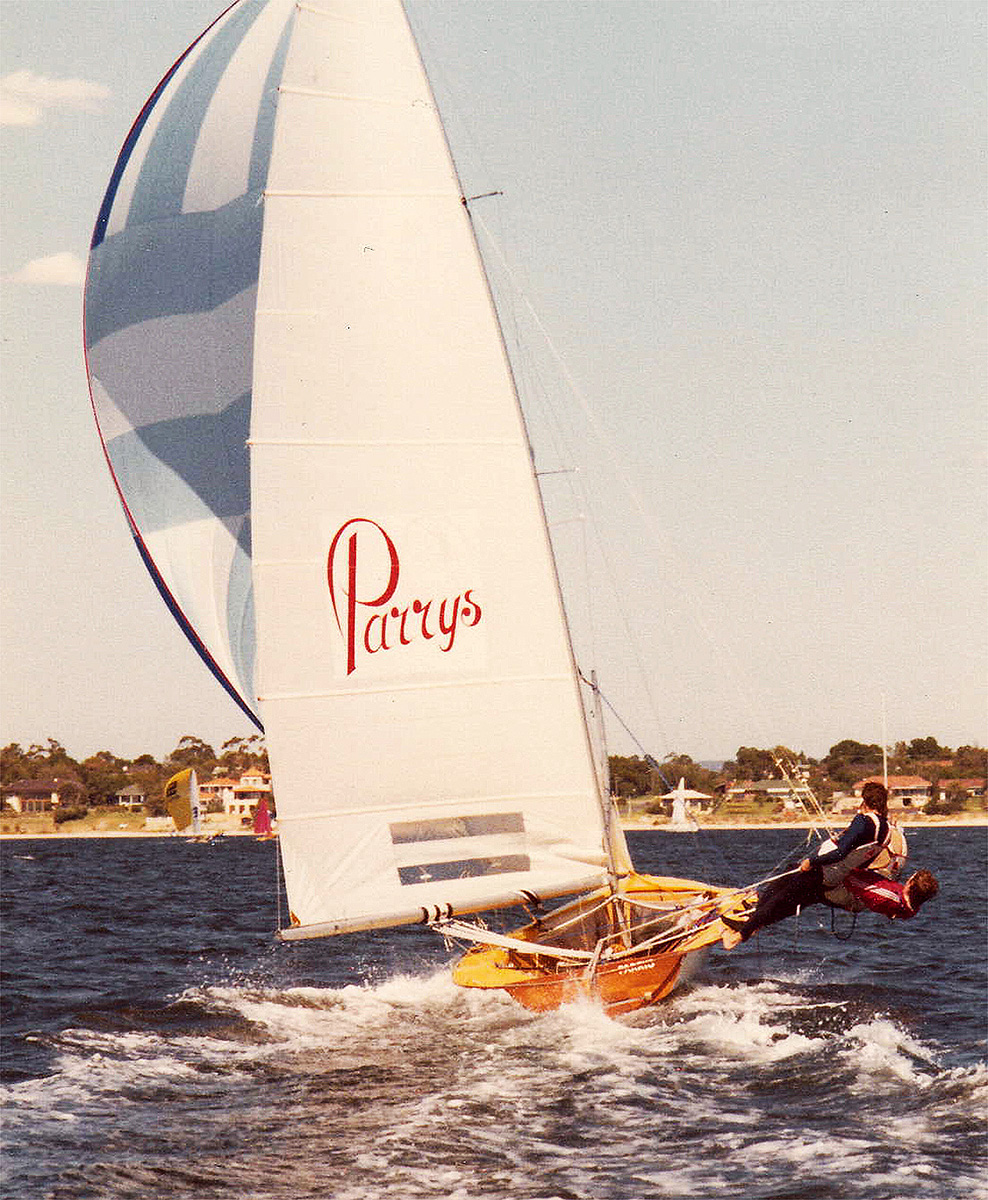 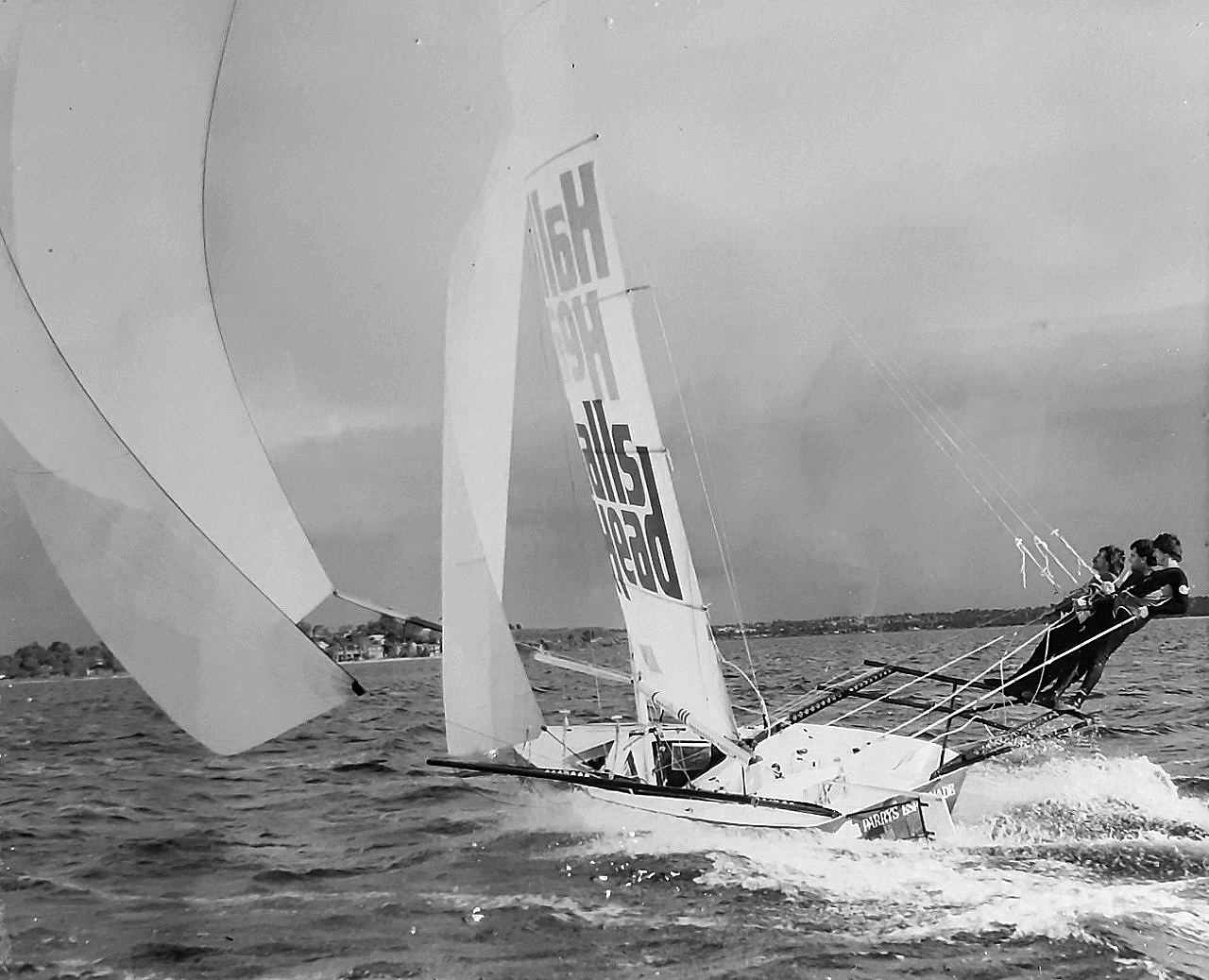 Western Australia’s return to the pinnacle of world 18ft skiff racing received a tremendous boost with the announcement that a strong team of champion WA sailors will contest the 2022 JJ Giltinan Championship in the well-named, Black Swan skiff.

The JJ Giltinan Championship, regarded as the world championship of 18ft skiff racing, will be sailed on Sydney Harbour from March 5-13, and has brought together a top-class fleet of 24 of the world’s best skiff teams vying for the coveted title.

Despite the ability and experience of the locals, the WA challenge should not be underrated as Grant Rollerson and his team of Luke Parkinson and Luke Payne are three talented campaigners in a variety of high-end, high speed international racing.

Grant also has the experience of skippering an 18ft Skiff on Sydney Harbour over a number of seasons and holds the record of having the best record of any WA skipper in the JJ Giltinan (world) Championship when his team finished third in the 2011 championship.

Only two multiple Giltinan Championship-winning skippers, Seve Jarvin and Michael Coxon, and their experienced teams got the better of Grant and his Slam team of Jack Young and Pete Nicholson.

Although this will be the first 18 footer regatta for both Luke Parkinson and Luke Payne, each has had some experience in the 18s when they have been asked to ‘fill in’ at times on many of the top Sydney boats, and both have the talent to produce the best possible results under pressure.

According to Grant, “The idea of a Western Australian Challenge was borne from discussion with the 18 League about the lack of interstate and overseas representation at the JJ’s due to the pandemic.”

“I wanted the entry to be composed of skiff sailors out of clubs in the west and the 18s Board got right behind the idea. With travel being problematic, I spoke with Perth yachties now holed up in and around Sydney. Luke and Luke – Parko and Payno – were both keen.”

They are both front and centre right now at the top end of the sport but the chance to sail an 18 on Sydney Harbour representing their home state was super appealing. We are really looking forward to competing at the 2022 JJ Giltinan International Trophy with a Black Swan on our mainsail and a Mounts Bay Sailing Club burgee on our transom.

“Wikipedia teaches us that a black swan is a metaphor that describes an event that comes as a surprise, has a major effect, and is often inappropriately rationalised after the fact with the benefit of hindsight. No idea if we can win, but we’ll give it a red hot go.”

There’s no doubting Luke Parkinson’s enthusiasm for the challenge. “We’re stoked to finally get a WA team together for the 18 JJs. There’s been quality WA sailors getting involved on a number of the strong teams, but it’s been a while since a boat has had a full WA squad. We’re a bit late coming to the party this season but really looking forward to getting into it.”

“I’d heard the stories about Rollo racing the 18s from when I was sailing ants and 29ers, now it’s just a few weeks out from tackling a JJ with him and Payno, I’m really looking forward to this one.”

“The 18s are a great boat with a long history in sailing. Lot’s of us dreamed of sailing these boats growing up so I couldn’t pass up going racing with good mates.”

Pat Langley, from Vaikobi, is also enthusiastic about the WA challenge, “Vaikobi has partnered with Luke Parkinson and Luke Payne for many previous sailing campaigns and with the guys joining Grant to represent Western Australia at the JJ’s, we absolutely had to be part of it!”

“Vaikobi is a strong supporter of the 18’s skiff Class in Australia and we enjoy our partnership with all the sailors in the class as we continue our expansion in the sailing world”.

It’s a welcomed comeback for the class as Western Australia was not only an early competitor in the 18 footer class, it was definitely a major player in the sport leading up to, and including, the first official Australian Championship, which was sailed on the Swan River, Perth in 1912.

WA began racing 18 footers, mainly in mixed fleets, in the 1890s before a handful began racing as a fleet in the early 1900s.  Crews ranged from 10-15 men, depending on the strength of the breeze and the amount of sail being carried.  Mounts Bay Sailing Club, Perth Flying Squadron, and the Perth Eighteen Footer Sailing Club staged races, which were sailed on the old Bricklanding course.

There had been some inter-colonial events before Federation in 1901 but interstate competition lapsed until WA contacted the Sydney Flying Squadron in 1906 about the possibility of an Interstate Challenge.

The Perth Flying Squadron Interstate Challenge Cup series was intended to continue over five years with the races to be held in different States.  The first championship was sailed on the Swan River in January 1907 and won by Ted Tomlinson in Aeolus.  Chris Webb in Australian II, then won the next three contests (1908, 1909 and 1910) and the fifth race became unnecessary and the boat’s owner was awarded the cup.

Mark Foy introduced a new interstate trophy, the Mark Foy Challenge Cup, and the inaugural event was held in Perth in 1912.  After a thrilling race, WA’s Chris Garland, in Westana, defeated NSW’s Nimrod, by 5s in front of a crowd estimated at 10,000 spectators, and that victory is now recorded as the first winner on the list of Australian Championship winners.

Mele Bilo, skippered by Chris Garland, won the 1921-22 Interstate Challenge, which was sailed on the Swan River in January 1922 and watched by thousands of people over the course to Bricklanding, starting and finishing at Mill Point.

Racing 18 footers in WA disappeared in 1928 because it was claimed they had become too expensive to build and maintain. It took another fifty years before WA resumed racing 18s when the Mounts Bay Sailing Club (MBSC) supported the fledgling fleet to race their skiffs on the Swan River.

Within two years, the club hosted the 1979-80 Australian Championship and twelve teams crossed ‘the Nullabor’ to join seven locals in a 19-boat fleet.  The memorable moment from this regatta was the introduction of the sliding frame ‘wing extensions’ by WA’s Richard Court on his Court Yachts skiff.  It became the fore-runner of the wing extensions still used on the present skiffs.

Over the next three seasons the fleet continued to conduct local WA championships with a stable number of teams.  Andrew Crisp, supported by a sponsorship from Parrys, was the most successful skipper and took his success to four consecutive JJ Giltinan world championships between 1981 and 1984, inclusive.  Andrew’s team scored three top-10 overall placings in the regattas.  His best result was a strong fourth place in the 1983 regatta at Auckland.

Unfortunately, the season was to be the last in which the fleet was active in WA until it experienced a brief revival during the 2010 and 2013 sailing seasons at MBSC.  With support from the Australian 18 Footers League and a couple of Perth individuals, five boats were sent over by the League and randomly distributed among five nominated skippers who were prepared to invest their own money and time in an effort to re-establish a fleet.

Obtaining meaningful local sponsorship was even more difficult for this group than it had been for the previous one, due to the cost of maintaining a boat that could compete nationally.  Despite their efforts and enthusiasm, opportunities died away and at the end of the 2013 season the local fleet disappeared again.

It wasn’t until the 2000s that Western Australia had another representative at the Giltinan world Championship, namely Grant Rollerson, who skippered SLAM in three consecutive championships – 2009, 2010 and 2011.

Spectators can follow the racing on board the club’s spectator ferry, however due to the COVID-19 policy, numbers are limited.  Booking online through the club’s website is essential: http://www.18footers.com.au/18-footers-sailing/spectator-ferry/

For those unable to make it out onto the water, the Sail Media live-as-it-happens broadcast team will be on Sydney Harbour each day to capture all the action.

Thanks to Galloping Ghost, The Open Boat and Kit Davidson for information on WA 18ft skiff sailing.