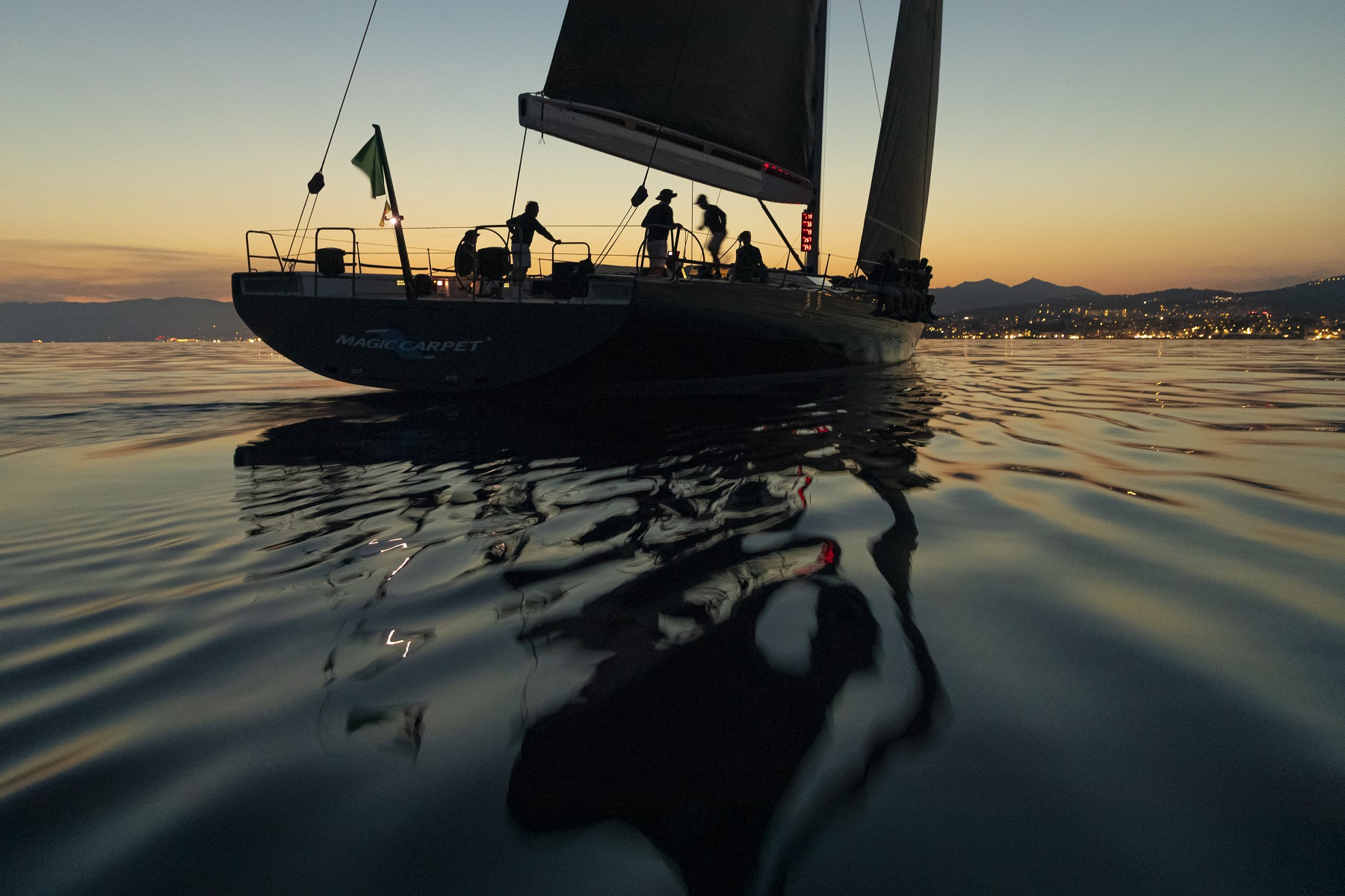 Crossing the finish line in Genoa, Italy at 22:07:17 CEST on Thursday 16 June, Sir Lindsay Owen-Jones’s Wallycento registered an elapsed time of 34 hours, seven minutes and 17 seconds. It is the third time Magic Carpet Cubed has won line honours following successes in 2013 and 2016.

ARCA SGR, the Italian maxi skippered by Furio Benussi, had led the fleet for most of the race from Saint-Tropez, and within a few nautical miles of the finish seemed favourite to take line honours for the second year running.

However, during the notorious final stretch of the Rolex Giraglia and following a race characterised by light conditions, the experienced Magic Carpet Cubed crew expertly navigated themselves inshore and found sufficient breeze to surpass her rival.

Owing to the extremely light conditions that characterized this year’s competition and led to a shortening of the course, the race record set in 2012 in just under 15 hours was never under threat.

As Magic Carpet Cubed crossed the finish line the majority of the competing 141 yachts were still on the approach to the race’s emblematic landmark, the Giraglia rock situated off the northern tip of Corsica, and some 83-nautical miles (154km) from Genoa.

One of the most revered and historic sailing events in the Mediterranean and partnered by Rolex since 1998, the Rolex Giraglia is celebrating its 69th edition and is organized by the Yacht Club Italiano, supported by the Société Nautique de Saint-Tropez.