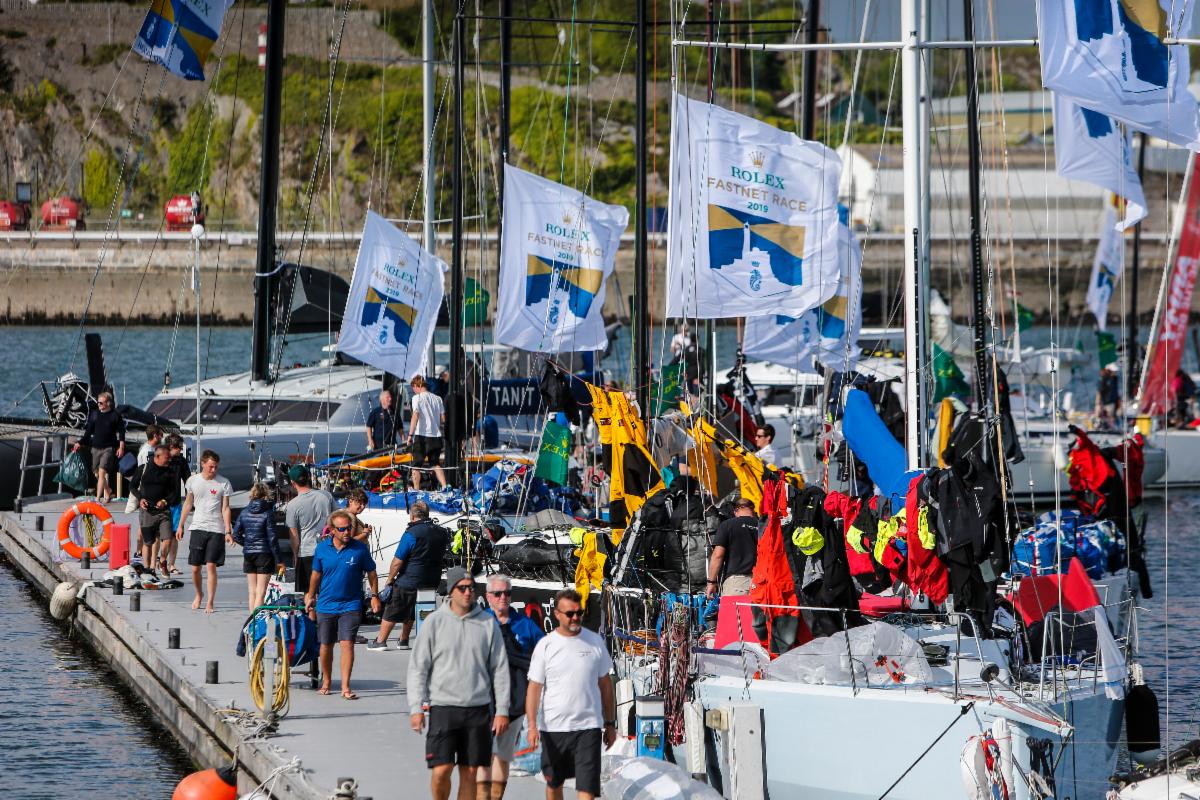 When it comes to offshore races there is no greater show on earth than the Fastnet Race - Kurt Arrigo, Rolex pic

The next edition of the Rolex Fastnet Race will start on Sunday 8 August, and for the first time in its history, the race will finish in Cherbourg, France.

In the current health context, the organisers are taking all the necessary steps to welcome the competitors in the best conditions.

The French Government this week have restricted travel between the UK and France, imposing a seven-day isolation period on travellers from the UK.

Although there has been no mention of how long these restrictions may be imposed, the RORC remain hopeful that the August 8th start date is unaffected. During this period of change the race management team are considering all scenarios and how it could affect the running of the race.

“We don’t know how long these restrictions will last, but we remain hopeful that they will have little impact on the race and how we are able to welcome the fleet in Cherbourg. As with most of the pandemic, things are changing daily, and we are working with our partners in Cherbourg-en-Cotentin and government authorities to create the safest race we can, on and off the water.

“The team will continue to monitor the situation and advise on issues and alternative arrangements, if necessary,” Race Director, Chris Stone, commented.

Jean-Louis Valentin, president of the Arrival Fastnet Cherbourg association said: “We will continue to adapt in order to accommodate the finish of the Rolex Fastnet Race, as we have done since the beginning of the pandemic.

“We had already anticipated the reception of boats before the start of the race in Cherbourg, notably for the French, before reaching the start line in Cowes. As far as the finish is concerned, we will be able to respond to several scenarios, in conjunction with the race management, while hoping for a rapid evolution.”

Competitors sailing to the UK for any RORC races, including the Rolex Fastnet Race, can now do so without the need for quarantine and paying for tests on arrival in the UK, as per the UK Border Force recent advice and on the assumption that no crew touch land in the UK.

“This is great news for our European sailors and should provide plenty of reassurance for the Rolex Fastnet Race competitors in their preparations.

“We have also decentralised our race offices, offering competitors the opportunity to finalise their registrations in either the traditional Cowes office, the Hamble office on the mainland, or for the first time, a race office in Cherbourg from August 4th.

“It’s a great initiative for our European competitors who can benefit from free berthing in Cherbourg throughout that period and carry out all the registration procedures before taking the start on the 8th of August – all without having to stop over in the UK,” Stone noted.

RORC has also updated the fleet with its other races in the lead up to the Fastnet Race. The Morgan Cup Race was originally heading to Guernsey on Friday 11 June, with a finish in St Peters Port.

However with the uncertainty around entry in the Channel Islands, the RORC Committee, in consultation with local authorities, have moved the finish to Dartmouth, UK. With the support of The Royal Dart Yacht Club and harbour officials in Dartmouth, the RORC are expecting a big turnout for the race.

The Cowes Dinard St Malo Race on Friday 9 July has also seen some subtle changes to accommodate fleets on both sides of the Channel. With the uncertainty around entry into France, the RORC Race team are currently formulating a plan to run a continuation race.

After the finish mark for the traditional finish line outside St Malo, crew will be able to continue on for a race back to the UK. It is anticipated that many crews will take up this option and continuing to prepare and notch up valuable qualification mileage.”