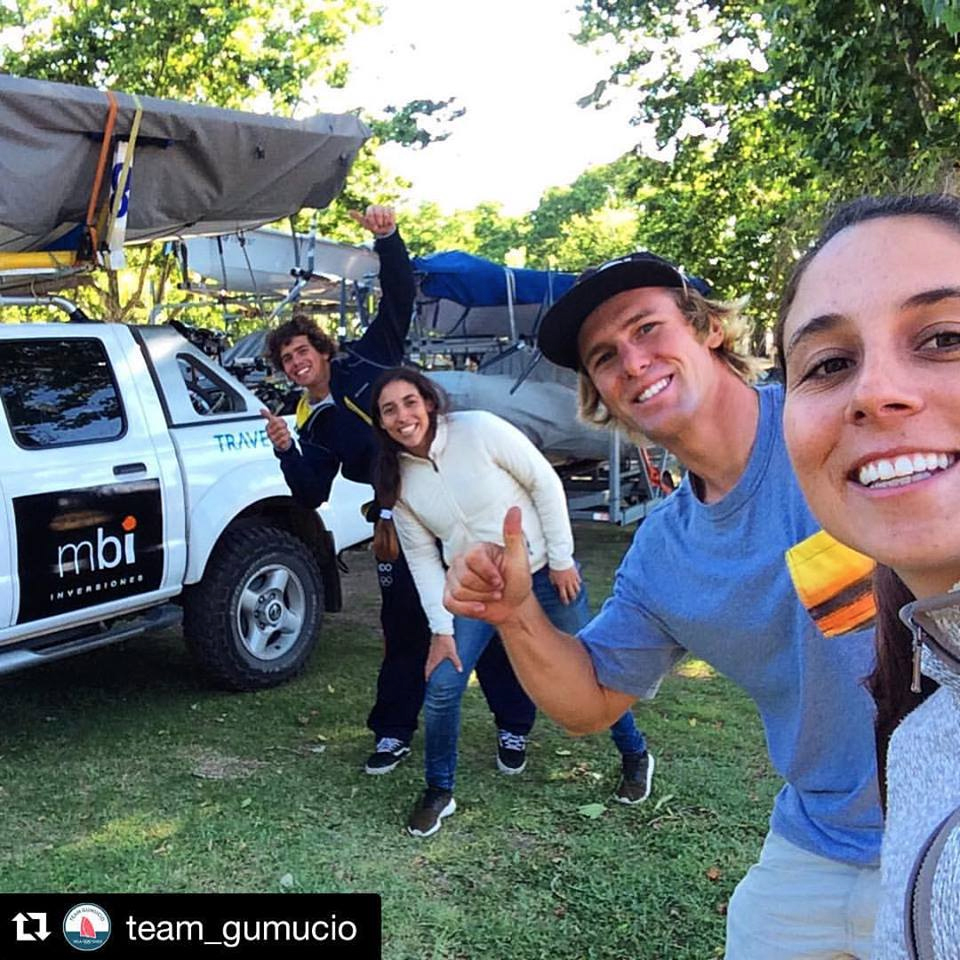 Run a Google search of parallel and it gives you the noun, a person or thing that is similar or analogous to another.

This description could not be more accurate for two Chilean sailing teams who draw distinct similarities in their game of life.

Let us introduce you to brothers Benjamin and Cristóbal Grez as well as sisters Arantza and Begoña Gumucio who have followed the same pathway to the Rio 2016 Olympic Games.

At the turn of 2016, the start of the Olympic year, the Sailing World Cup Miami was an opportunity for sailors from North and South America to qualify for the upcoming summer spectacular.

Taking that chance and seizing it in the 49er were brothers Benjamin and Cristóbal and their female counterparts in the 49erFX, sisters Arantza and Begoña. They are two teams from Santiago, Chile, both in a high performance skiff [boat] and made up of family members. It would seem that they were in-sync with each other, and you would be correct.

The sets of siblings are from Santiago, Chile and the double acts set off on their Olympic and sailing journey at the Club de Yates, to the West of their home town at the same time. They were almost destined to follow the same route.

Reflecting on the relationship with the Gumucio sisters and the times they’ve shared in sailing, Cristóbal said, “They used to sail Optimists with us. They are around the same age as us. A long life together. We used to share accommodation with them and spend a lot of time with them.”

Growing up together, following the same path in sailing and being on the road from regatta to regatta around the world has its benefits. Arantza recognises having the familiarity, not just within her boat, but in and around the boat park, “We are usually a really small team so having someone from your country that speaks your language makes it fun and easy.”

Sailing alongside family members is not uncommon in recreational sailing and the same can be said in the Olympic fleets. Siblings will regularly be seen sailing together and the same question is constantly asked by peers, media and officials, are there any arguments?

For Begoña, when it comes to sailing with Aranzta, absolutely not, “I only see me sailing with her.” But it’s not always easy, “She’s a bit bossy. But she has been since we were children so I am used to it.”

For Cristóbal it’s also a simple answer, “Everything goes easier. You know what your brother is thinking.”

At 19-years-old Benjamin made his Olympic debut at London 2012, sailing in the Men’s 470. As his compatriots make it sound easy sailing with a sibling, the voice of reason comes from Benjamin, now 23 and the youngest of the quartet. He said, “We live together so we learned how to take advantage of it. It’s 365 days a year with your brother but if you can learn how to transform it in a good way, it’s a good thing.”

Both the brothers and sisters have learned the trick now, and Arantza believes it gives them an extra edge over non sibling teams, “It makes it easier and we don’t have as much fights as other people. If we do, everything gets left on the water.”

Whether it’s easy or hard, if there are arguments or not, there are obvious benefits to having family around as you travel the world. You have a familiar face you have grown up with. For the Grez brothers and Gumucio sisters they have another set of familiar faces which they can draw upon to have that touch of home.

The story so far has been almost parallel for both families. Sailing Opti’s in Santiago, growing up together and qualifying for the Olympics at the same event.

The next combined experience for the brothers and sisters will be sailing at the first Olympic Games in South America all together.

For Olympian Benjamin, the parallels have not gone unnoticed, “We pretty much learned to sail together. My whole career has been with them, so it will be cool to sail in the Olympics with them as well.”

Considering their past, don’t bet against similar results for the Chilean 49er boys and 49erFX girls in Rio de Janeiro this August.