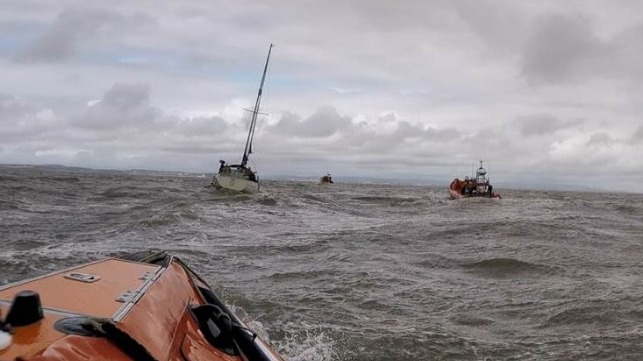 At high tide on a windy day, a yacht sailing near Birnbeck Island suffered a steering failure at the north end of Weston Bay, across the channel from Cardiff. The vessel was being driven towards the rocks of the island and her crew made a distress call. The Milford Haven Coastguard station paged the volunteer crew of the Weston RNLI lifeboat station, and within minutes the response teams launched both lifeboats.

The lifeboat Paul Alexander arrived swiftly and took the disabled yacht in tow to bring her back to her home port in Cardiff. The Coastguard decided to call out another lifeboat, the Penarth-based Maureen Lilian, to help bring the yacht into Cardiff Barrage, the freshwater impoundment along Cardiff's main waterfront.

Shortly after the Penarth boat launched, another yacht made a distress call reporting steering problems in the vicinity of Weston Buoy. The Weston lifeboat Adrian Beaumont was tasked to attend that yacht, but it turned out to be larger than the boat could handle. After they made contact, the Coastguard tasked the larger Penarth lifeboat to take this second vessel in tow towards Cardiff Barrage as well. 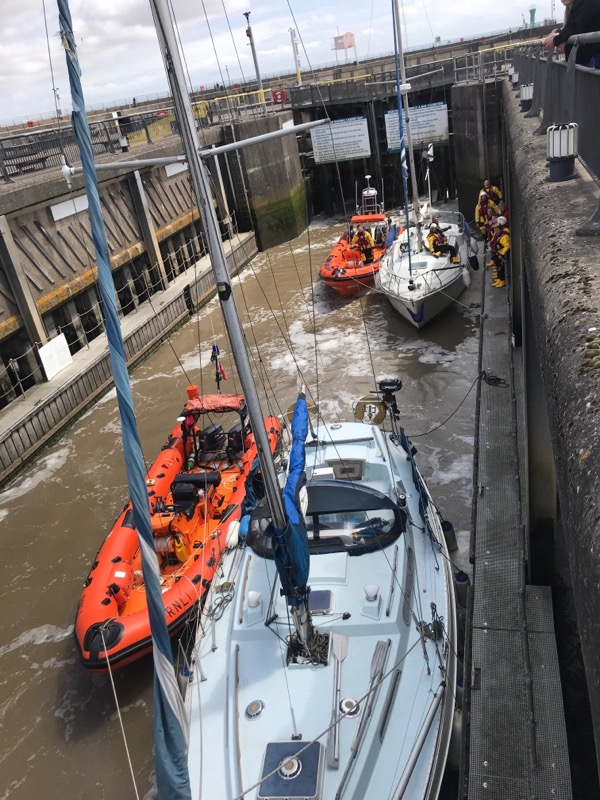 Both tows made their way to Cardiff and passed through the locks of the barrage. The Weston lifeboat was refuelled by the Penarth crew and then made its way back to its station. During this combined rescue, both the Weston and Penarth D class lifeboats were made available in case another call was received.

“This episode shows the importance of all who use the sea being careful about the maintenance of their equipment. The Bristol Channel, with the second highest tides in the world, is no place to be without steerage,” said Jennie Williams, the deputy launching authority for Weston station.