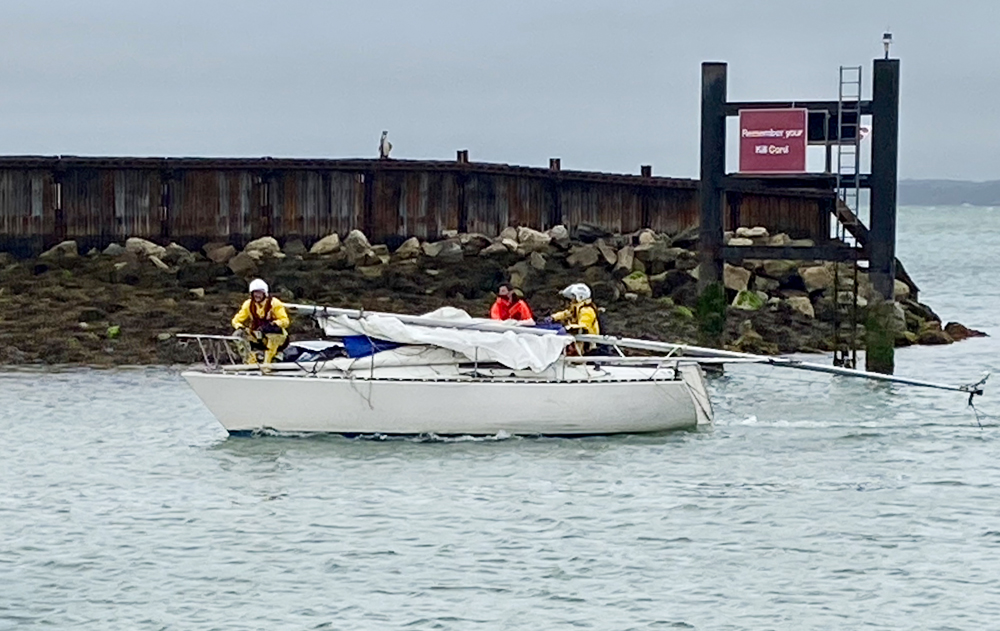 Yarmouth RNLI responded to a Mayday call from a yacht in distress during the early hours of Thursday July  9.

The Severn-class All Weather Lifeboat made best speed towards the casualty vessel, locating her at around 04:15.

In the rough and challenging conditions of a Force 6 westerly wind, two RNLI crew members were put on board the dismasted boat to assess the situation. Before establishing a tow line, the lifeboat crew made secure the broken mast and rigging in preparation for the journey back to Yarmouth in moderate to rough conditions.

On the approach into Yarmouth Harbour, the tow line was released and the casualty vessel made its way into the harbour using its own engine, assisted by the RNLI.

The three people on board the yacht were unharmed.

The Needles Coastguard Rescue Team were tasked to assist but were stood down en-route. It’s said that it was initially reporting that a person had gone overboard, but this has been put down to misheard communication.

Yarmouth Lifeboat returned to her berth and was ready for service at 07:55.