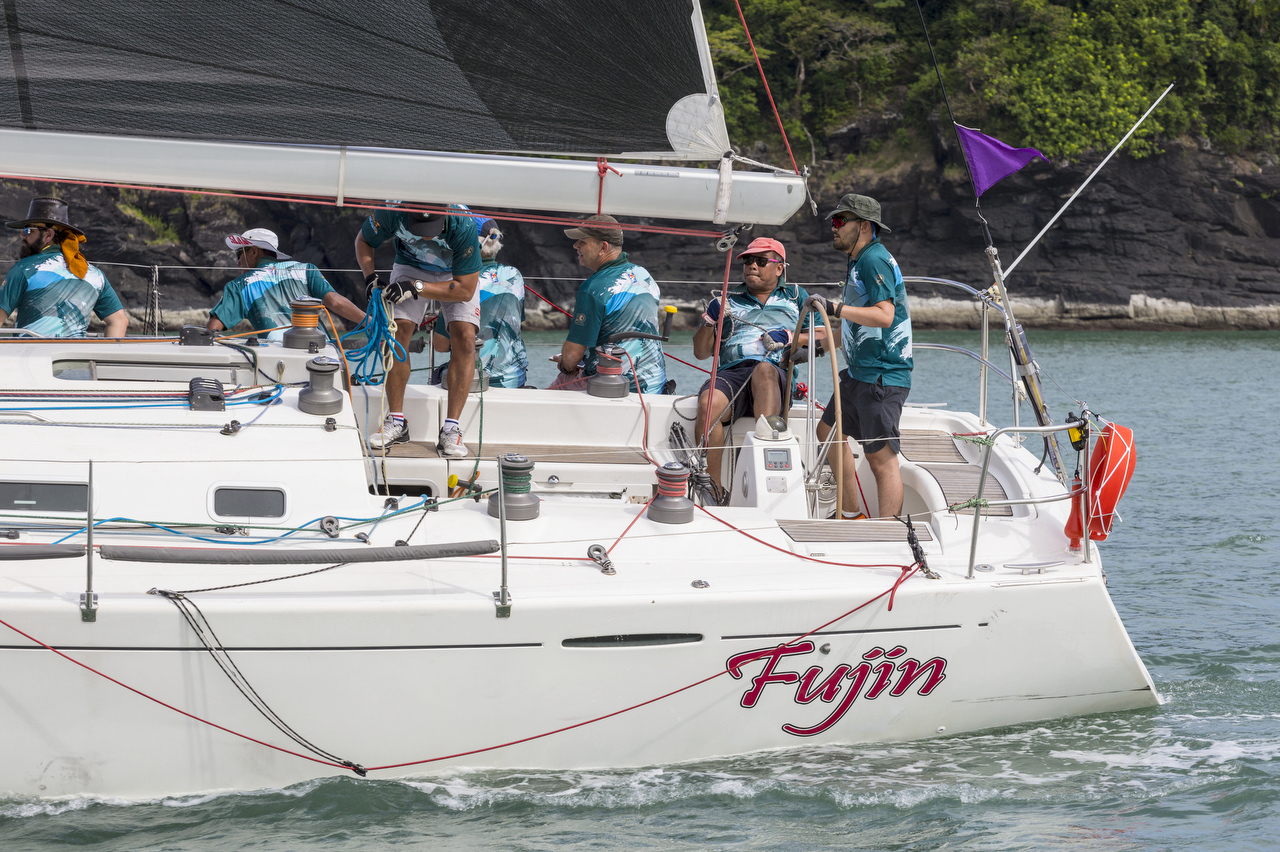 Kuah: On the first day of the Langkawi inshore races at Kuah Harbour, participating boats in the 30th Raja Muda Selangor International Regatta (RMSIR) experience a good day of racing despite some tricky winds.

Rolf Heemskerk’s ‘The Next Factor’ placed third in both Class 1 races today. The newcomer leads the racing class in the overall standings and looks set to sail away with the title and the coveted Raja Muda Cup tomorrow.

The Premiere class, on the other hand, looks set for a nail-biting finish tomorrow as ‘Colie’ (Doug Sallis) has a slim lead over former Class 2 champion ‘Antipodes’ (Geoff Hill) after today’s race. The final day of racing will determine who goes home with the Jugra Cup.

Simon Piff’s ‘Rainbow Dream’ victories in the Langkawi passage race and today’s inshore race has put the boat ahead of the Class 3 pack. Trailing behind in second and third place are ‘Nijinsky’ (skippered by Ahmad Zohri Abdul Rahim) and ‘Fujin” which is being helmed by HH Raja Muda Selangor, Tengku Amir Shah.

For Class 5 and Class 6, ‘Lady Bubbly’ (Chris Mitchell) and ‘Marikh’ (Royal Malaysian Armed Forces, skippered by Hasani Hassan) are holding on to their respective strong leads. The multihull class, on the other hand, has Java (Peter Waa) ahead of Norma Noordin’s 'Out of the Blue II’.

The final day of racing for the peal jubilee edition of the RMSIR will take place in the late morning on Saturday, 23 November. The awards ceremony will be held at the Royal Langkawi Yacht Club in the evening where HRH the Sultan of Selangor HRH, Sultan Sharafuddin Idris Shah, will be presenting the prizes to the winners.

Prizes for the pearl jubilee regatta include the coveted perpetual trophy – the Raja Muda Cup – and a miniature Raja Muda Cup that has been specially produced for the regatta’s 30th anniversary.

The fleet sailed from Port Klang on 16 November. Over the past week, competitors have sailed in overnight passage races along Malaysia’s west coast to the checkpoints at Pangkor, Penang and Langkawi and in inshore harbour races.

Principal Race Officer is Simon James and the International Jury is headed by Malaysian, Leonard Chin. Yellow Brick (YB) Yacht Tracking system was used for live tracking of the overnight passage races and this year marked the first time the race used a virtual finish line.