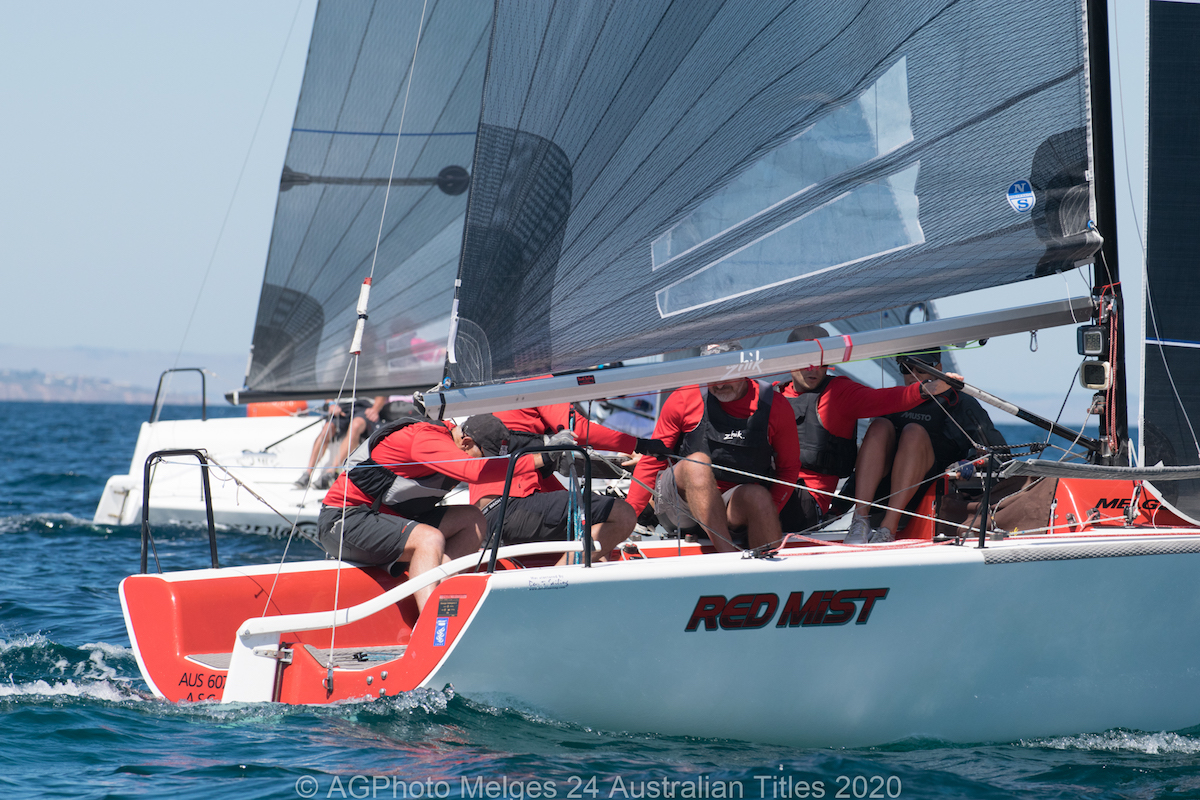 One of South Australia's most well-known sailing rivalries has been revived once more as Robin Deussen and Sandy Higgins finish the opening day of the Australian Melges 24 Nationals just one point apart.

Fresh off a win in last weekend's SA State Championships for the class, Deussen and his team on Red Mist clinched two out of the three wins in light to moderate conditions for the first three national heats today, but a fourth in the opening race after taking a penalty keeps Higgins and his crew on Scorpius in the hunt.

The pair have been rivals for many years in South Australia, sailing against each other across a range of dinghy classes like Sharpies and 505s, as well as in match racing and keelboats.

Also a little more than two years ago, Higgins got Deussen's measure after taking out the Melges 24 Nationals ahead of his rival in Port Lincoln, South Australia.

Deussen said after racing that his team had been sailing together for many years and always focussed on fundamental fleet racing tactics and staying consistent.

“We don't go out to win every race, but we want to be in a position to win every race,” he said. “We definitely fleet sail a lot more, we might lose a little to get back to everyone but we don't want to have a bad one because in this series you can only drop one heat.”

After being involved in a port-starboard incident in the first race, Deussen said it “could have gone either way” and decided to “err on the side of caution” and do a penalty to stay safe.

“We finished fourth but there was only 10 seconds in it, but the whole race was close like that,” he said.

Higgins' score card on the opening day of racing today read 2-2-3, with the ultra-consistent performance sliding him into second overall and well within striking distance of Deussen who had a 4-1-1.

The opening race was won by the New South Wales team on Amigos, skippered by Matthew Speirs, who started well but finished the day 7-8 that would see him and his team slip to fifth overall.

Sitting third overall after the first day is Dave Alexander and his team on The Farm, who were also very consistent with a 3-4-2 score card that sees him sitting six points off the lead.

Full results can be found at www.melges24aus.com.au.