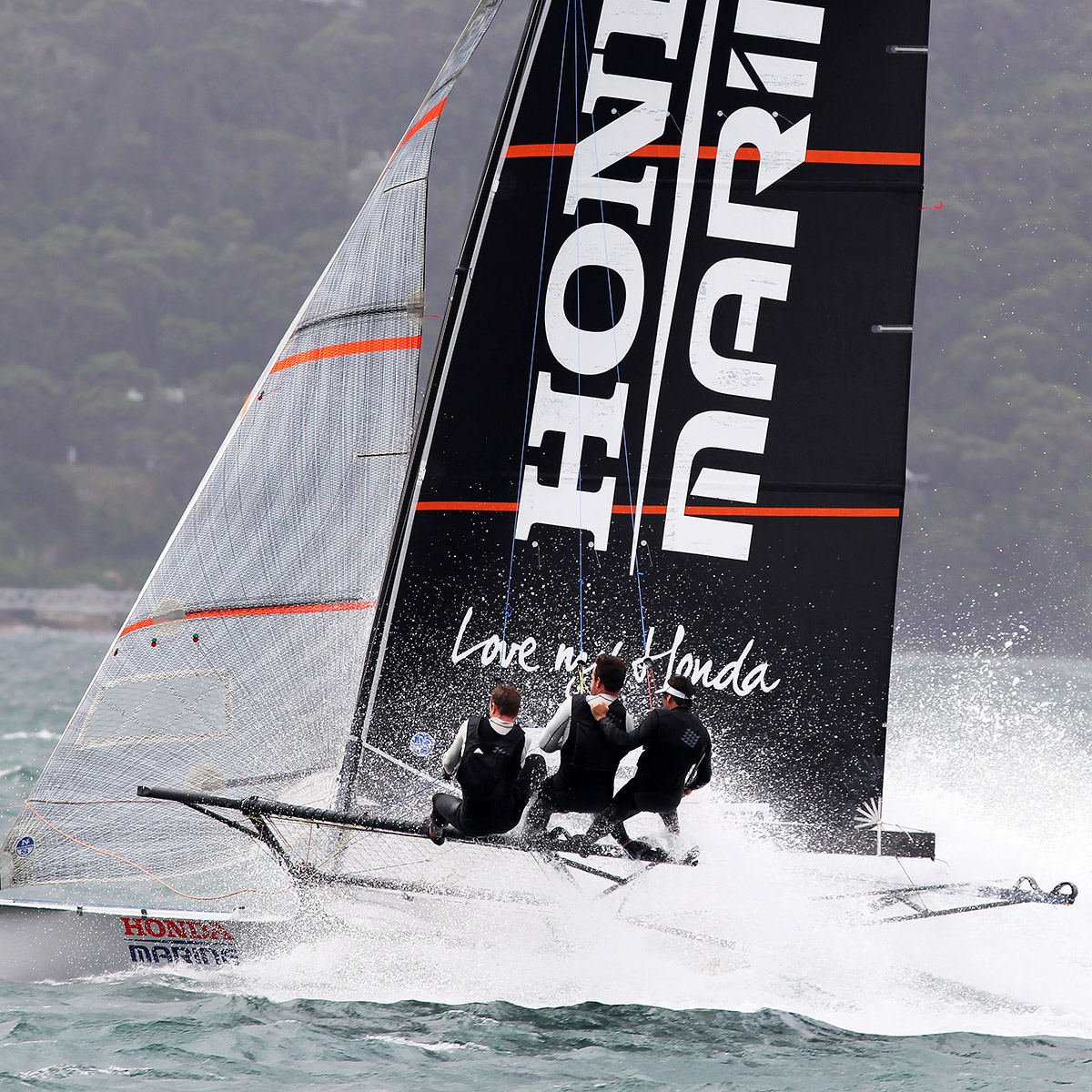 When the 24 boats contesting the 2020 JJ Giltinan 18ft Skiff Championship on Sydney Harbour from March 14-22, defending champion David McDiarmid could become the first New Zealand skipper to win three titles in the 82-year history of the world’s premier 18-Footer championship.

David, Brad Collins and Matt Steven will head a three-boat team from New Zealand in their Honda Marine-sponsored skiff. They are joined by the experienced C-Tech team of Alex Vallings, Sam Trethewey and Matt Coutts, and the very much improved young Maersk Line team of Peron Pearse, Eli Liefting and Harry Clark.

McDiarmid is quick to point out that the Honda Marine campaign is very much a team effort. “It’s definitely not all about me. We are a three-man team and everyone is critical to our success.

“When we all teamed together, we joked about our goal of being able to win three JJs, and now we have that opportunity. It wouldn’t be possible without the support we have received from a large group of people over the last seven JJs. With a lot of hard work, we have improved year on year to first catch up to the Sydney fleet in 2016, then passing them in 2018. Our goal this year is to take the trophy back to New Zealand.

“The highlight of our 18-foot campaign so far was holding all four major international trophies at the same time. As well as the JJ title, we won the Mark Foy in Fiji, the European Championship in Lake Garda, and ANZAC in Auckland. “A lack of support for a variety of international regattas from the Sydney fleet over recent years has resulted in a disappointing decline of these international events.”

Dave added: “As usual, we will be bringing a big, loud New Zealand support team.”

Determined to regain the supremacy they held for many seasons, the local 18-Footer teams will be going all out to win back the coveted trophy and spoil the Honda Marine team’s hope of a third consecutive title.

A group of five teams are presently leading the Australian challenge.

Recently crowned Australian champion Tech2 is a strong team which has been improving each week since the new boat had her first race in early December. The recent addition of four-time JJ Giltinan champion bowman Trent Barnabas could give her skipper Jack Macartney his first JJ Giltinan title.

Other top teams include NSW champion Winning Group, which has a multi Giltinan championship-winning crew, and the 2018-2019 Australian champion James Dorron in Shaw & Partners Financial Services.

Finport Finance and Smeg have won individual championship races during the current season but just need to be more consistent over the whole regatta to make an even stronger challenge.

Spectators can see all the teams while they are rigging, then follow the racing on board the club's spectator ferry, which leaves Double Bay Wharf, alongside the rigging area, at 2pm. Book online through the club's website www.18footers.com

AeroMedia Live Broadcast team will be out on Sydney Harbour to capture all the action. For those who can't make it onto the water, live streaming is available at www.18footers.com and clicking on the '18 Footers TV' link.