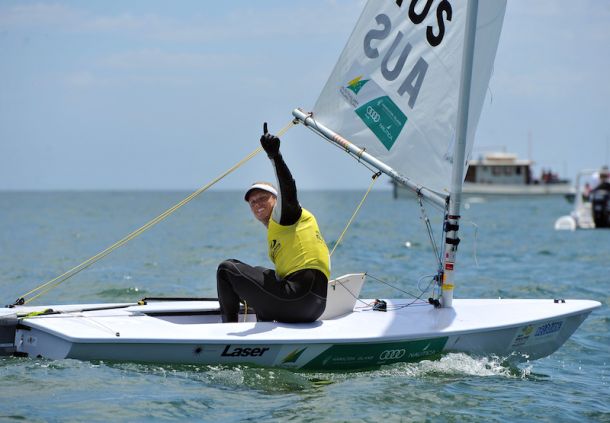 Win or lose at a big event, there must have been mistakes made. So it’s important to attribute your result to the correct causes. Apart from helping to understanding the reasons for a particular outcome, correct attributions also influence your motivation to continue and to do better next time.

Those who attribute a good result to luck or external factors will be less motivated to continue. And naturally, if you know a bad result was from luck or bad fortune, the dent to your self-confidence will be limited and you will be keen to make amends.

Those who attribute a win to skill and innate ability are motivated to do it again because it makes them feel great.

Typically (and maybe rightly), there’s a degree of self-serving bias on attributing outcomes: we like to embrace internal factors for success and external, uncontrollable factors for failure.

For example, someone who attributes a race win to ‘always knowing’ the wind would shift 20º left on the second beat believes success was because of his or her strategical skill. Whereas, someone who doesn’t make it to the start on time because of light winds might blame the Race Committee for conducting a race in light winds rather than himself for failing to leave the beach with extra time given the light winds.

I’ll leave a thorough analysis of Attribution to Wikipedia (http://goo.gl/VJt1wy), but just to say it’s worthwhile taking a step back from how you initially accredit your results to check that you’re correctly assigning blame or honour.

Sometimes it can be difficult to accurately attribute outcomes because of the vagueness of wind and waves. So it’s good to have some sort of objective data to help understand
why you won or lost.

It might be something as simple as recording the time won or lost per leg to see if your upwinds or downwinds were worse. Another nice way is to check your GPS track for information on how well you tracked the shifts relative to other boats.

In a crewed boat, it’s easy to chat among the crew to get everyone’s perspective. And in crewed or solo boats, you can take the step of asking your competitors why they think you won or lost – they will probably cut to the chase better than most as they were right there at the ‘coal face’ with you.

In reality, a good result usually makes you want to get back in the boat quicker. A bad result can stimulate feelings of needing redemption or causing reluctance.

It’s great if you’re motivated to do better after a loss as it means you have a lot of self-worth, believing you can do better than that result.

However, if you feel reluctance to put yourself on the line again in a competitive situation then you might need to do some soul searching to identify how important this pursuit is to you and whether the satisfaction inherent in competing is enough.

Fun and enjoyment are essential things which glue us to activities. Ever after a loss, some part of the event must have been fun! Remember those times as you evaluate your future competitive plans.

Irrespective of the outcome, go to the effort of making some notes about your performance, while it’s in recent memory. Put those notes away for a week, then bring them back out and condense them into three pointers to yourself for the
next big regatta.

Get to work on these areas straight away by programming in your calendar suitable times and activities. This might range from starting a physical training program early, to finding out more about the best equipment to have. When these calendar reminders pop up in a month or more you will be glad you had already taken the first steps to a better performance next time.

It’s also important to schedule a mental break from sailing that satisfies the head and body: long enough that you should be feeling dead keen to begin sailing again and of enough length that your body can recover from any niggles.

Was it That Bad?

What if your result was really bad? Sometimes results fall well short of expectations. Often this can happen when winds were really light or strong – at the opposite end of the spectrum
to your abilities.

People also get on the wrong side of the rules and put letters on their scorecard rather than numbers! And sometimes, you don’t get the hang of the breeze and you just make the wrong decisions – many times over!

How do you bounce back after a disaster? You can quit the sport… but I don’t want you to do that because it’s a fantastic lifelong sport.

As mentioned, it’s vital to evaluate a bad result fairly. To keep things in perspective consider your overall sailing and racing experience compared with the bulk of the fleet. Have you sailed a whole lot more or less than the majority of the fleet?

Sailing is an experience sport and it's not often people win major events without 5-10 years of racing experience. Everyone needs to make a lot of mistakes in a lot of races to truly appreciate how all the do’s and don’ts of the sport work in practice.

I think your next steps should involve you going back to basics: Identify the performance factor(s) that cost you the most and begin working on that by breaking it down into its parts.

The four key areas determining the outcome of a sailboat race are boat speed, racing skills (including tactics and strategy), mental preparation and boat handling. Typically it’s one of these factors that gets in the way. You can’t tackle everything at once, so single out which of these four let you down the most and then analyse aspects of that area in greater depth. ✵