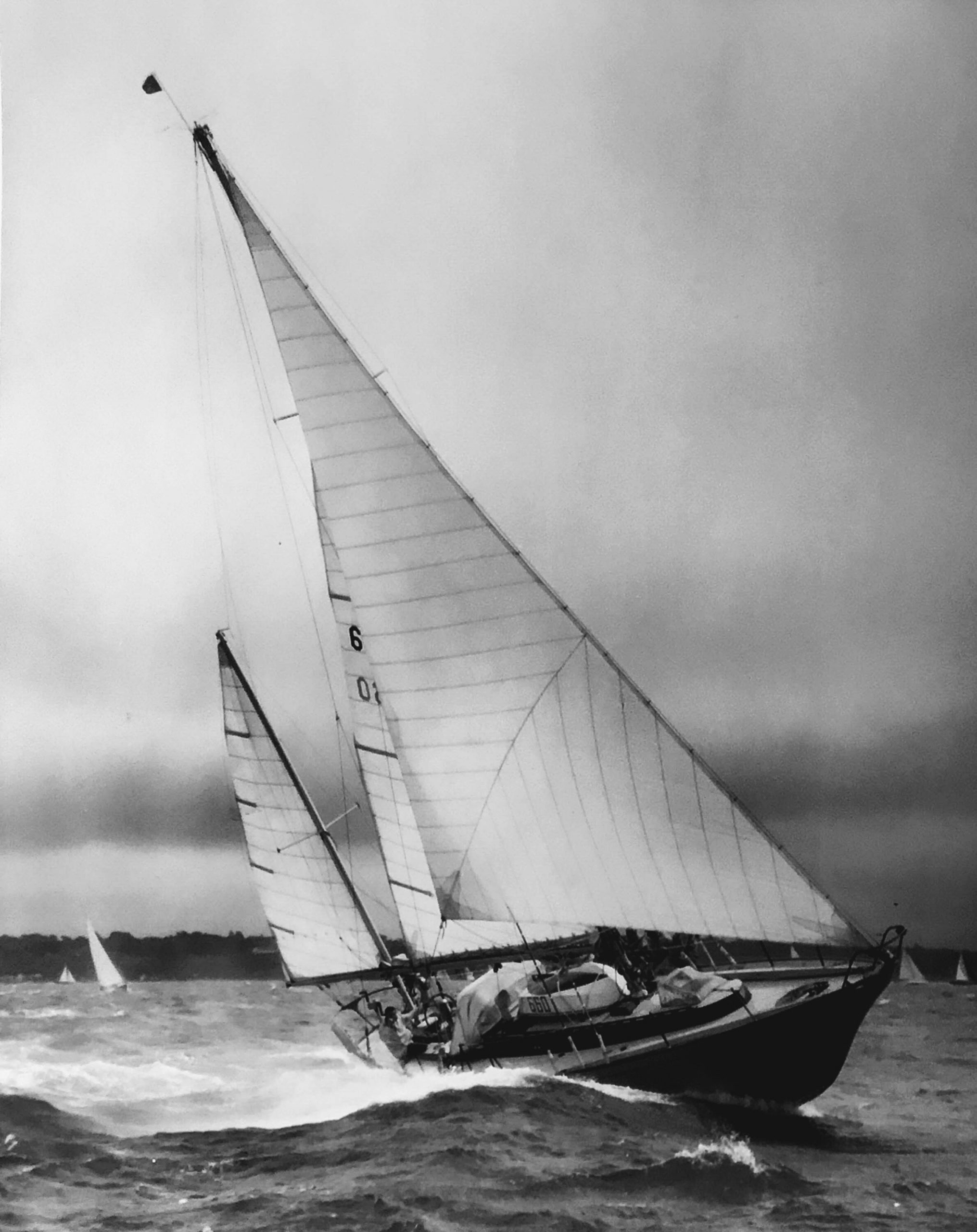 A 60-year-old timber Sparkman and Stephens design that has never competed in a major bluewater race south of the equator is primed to join the 75th anniversary Rolex Sydney Hobart fleet setting off from Sydney Harbour at 1pm on December 26, 2019.

Windrose owner Ashok Mani is the first Indian-born owner to enter the annual 628 nautical mile offshore challenge. Mani sailed dinghies out of Royal Bombay Yacht Club as a child and left India age 18 with the merchant navy. He studied his Masters at the Australian Maritime College in Launceston and has lived and worked all over the world, including Singapore, where he and Windrose are currently based.

Skipper for Windrose’s first Rolex Sydney Hobart is Sam McCracken (GBR), at 19 the youngest in the large fleet. McCracken first knocked back the offer to skipper, but a persistent owner and fatherly advice to ‘do it and do it well’ sees the qualified Yacht Master taking his place among a seasoned group.

Commissioned by Jacob Isbrandtsen in 1959 for the express purpose of winning the Admiral's Cup for the USA, Windrose and teammates Figaro and Cyan accomplished that mission in 1961 under the burgee of the New York Yacht Club – the first time the Admiral’s Cup left British shores. Once sold by Isbrandtsen, Windrose entered a lengthy cruising stint under various owners, notably Bonnie and Steve Bojorquez, custodians of the eye-catching yawl for 28 years, from 1980 to 2008.

In 2014, Mani came across the neglected hull, instantly recognising the beautiful hull lines of the one-off Sparkman and Stephens design, the only one ever built with a clipper bow. He had the boat hauled out and resurrected in Thailand, a team of shipwrights and boat builders taking two years to refurbish and bring the classic back to near-original race mode, while retaining most of its unique features.

“I’ve given Windrose a second life and we are ready to sail a safe race while giving due respect to the boat’s vintage and the ocean we’ll be crossing,” Mani said. “To me Windrose is like an old Jaguar car – plenty of style and strength – and we look forward to lining up against the fleet on Boxing Day. Like other classic boat owners, I’m a mere caretaker, charged with looking after her and making a safe passage to Hobart.”

Navigating south for his 30th Rolex Sydney Hobart is fighter pilot Richard Grimes who says, “the idea is to get off the boat in Hobart happier than when we got on”.

Windrose will race under the Tamar Yacht Club burgee, the club near to where Mani’s family live and run Iron Pot Bay Vineyard, with a mixed age and gender team representing Ireland, the UK, Australia and Holland. Among the 11 crew are family combinations – Sam and dad Neil, and Lisa and Tyler Ratcliff (18 years-old).

With its age, weight and design, Windrose will suit a mostly upwind race and a decent sea state.

Sailability Launceston is the boat’s charity for the Rolex Sydney Hobart Yacht Race. The organisation needs to replace all PFDs to meet safety requirements and donations can be made via:

Windrose’s construction: Designed by Olin Stephens with Rod Stephens’ special innovative rigging and built at Derecktor Yards in Mamaroneck New York. In 1959, she was a state-of-the-art racer with aluminium masts and titanium winches but fitted out inside to house her long-distance crews in style and comfort as was still the custom and rule of the day. Essential feature are: – Mahogany over steamed white oak frames – Double stepped planked above the turn of the hull – 1 ¼ inch planks below the waterline – Bronze & oak floors and diagonal strapping – Non-skid fibreglass deck over plywood – Bronze & wood, full rudder attached to keel – Bronze rack and pinion steering.