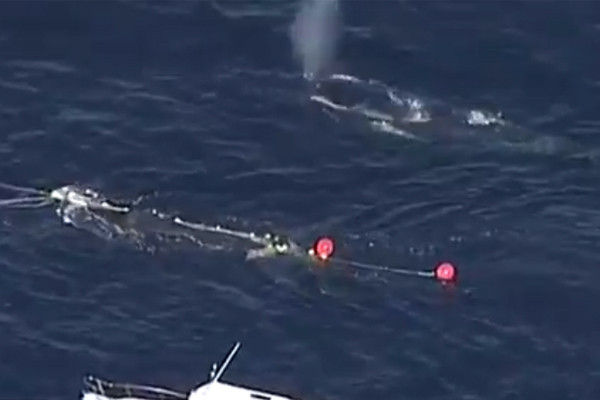 Rescuers have managed to save a humpback whale calf that was trapped in netting off Sydney’s northern beaches.

The whale reportedly swallowed part of the net and become tangled, off Bilgola Beach.

An adult whale was swimming directly next to the baby, refusing to leave its side.

Authorities had tracked the whale throughout the night, as it made its way south, down the coast.

A NSW Department of Primary Industries (DPI) spokesperson confirmed the netting was not one of the shark drumlines being trialled in the area.