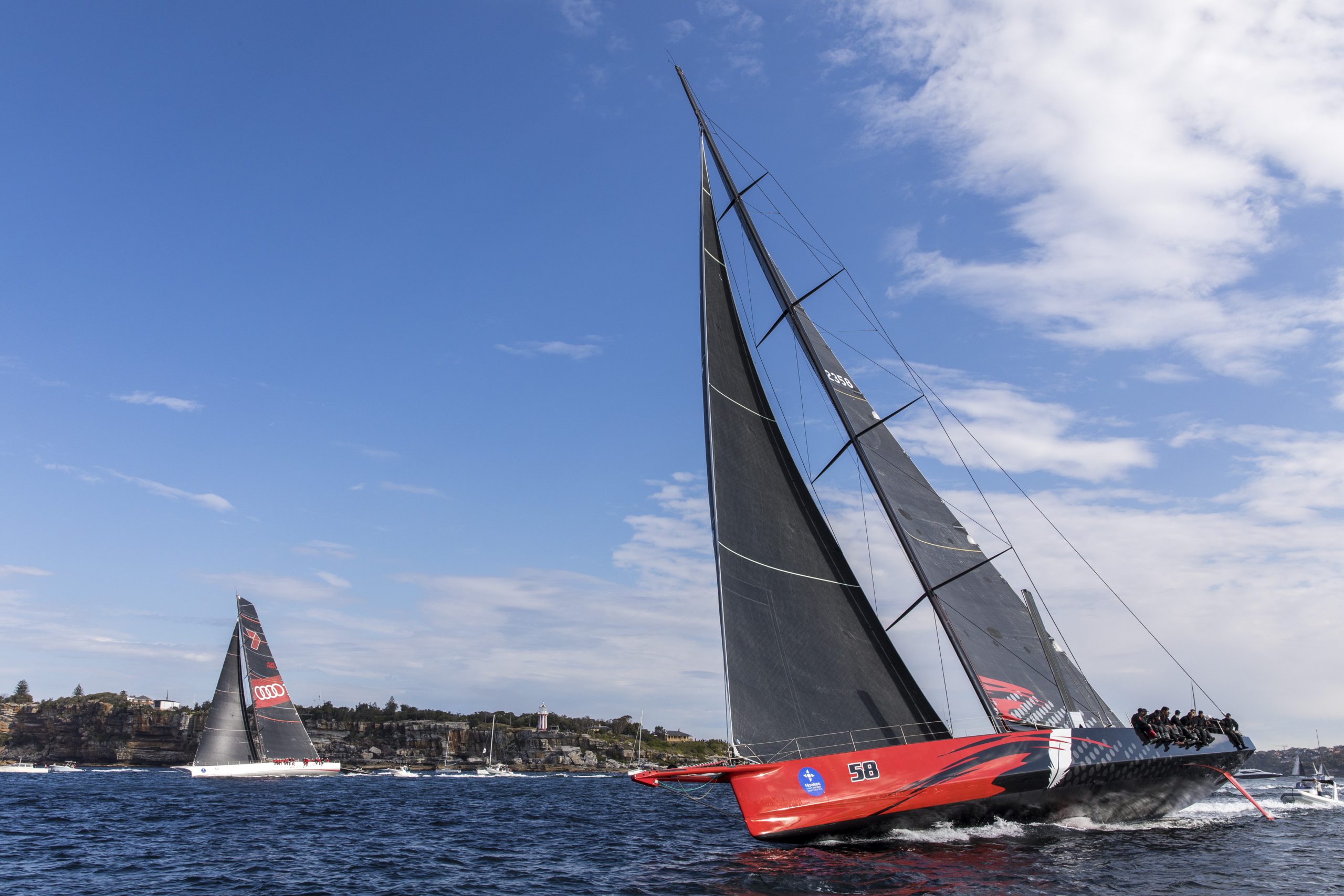 Expected to sail well in forecast favourable conditions, Comanche, Jim Cooney and Samantha Grant’s super maxi, could smash the record in Race 2 of the Cruising Yacht Club of Australia’s Audi Centre Blue Water Pointscore series, which starts Saturday at 10am.

The BWPS is the most prestigious series in the Cruising Yacht Club of Australia’s (CYCA’s) sailing calendar. It is a series of six races, opened by the Noakes Sydney Gold Coast Yacht Race in July, and climaxing with the ‘Everest’ of ocean racing, the Rolex Sydney Hobart Yacht Race in December.

Twenty five yachts will start in the 92 nautical mile race. After the start off Point Piper, the fleet will race to Sydney Heads, before heading south to the barren, rocky outcrop of Flinders Islet, 1.4 nautical miles off Wollongong, before returning to the finish in Sydney Harbour.

“We’d love to have a go at the record come Saturday, but we’d also love to have a race with no light air,” jokes Honey, referencing the now-famous tussle between them and Wild Oats XI at the light finish line of the 2017 Rolex Sydney Hobart Yacht Race.

For Matt Allen and his TP52 Ichi Ban crew, the Flinders Islet Race is another opportunity to test themselves against some of ocean racing’s finest.

“We’re hoping to claim the conventionally-ballasted race record, but we’ve got an amazingly competitive fleet of TP52s this year,” says Allen.

“It’s our first ocean racing hit-out since the Airlie Beach and Hamilton Island race weeks and we can’t wait to get out there. It looks like it will be a great race.”

Taking to the line with a point to prove this year is one of the ultra-competitive TP52s mentioned by Allen, current race record holder, Andy Kearnan and Peter Wrigley’s TP52 Koa.

After breaking the race record last year, finishing in 7 hours, 30 minutes and 19 seconds, co-owner and skipper Peter Wrigley is confident that, given the right conditions, they can repeat their stellar performance.

Fresh from winning the recently-revived Sydney Noumea race, Seb Bohm and his Rogers 46 Smuggler have refocussed on extending this success to the BWPS. In his mid-30s, Bohm represents a new generation of ocean racing elite, and has harboured aspirations of winning the series since he first took to the water.

“We’re coming from a great place having won the Sydney Noumea earlier in the year. We learnt a lot about how to manage the crew, how to manage the boat, and she (Smuggler) is in excellent condition,” says Bohm.

“The Blue Water Pointscore is something I’ve wanted to win since I first learnt how to sail, and we’re throwing everything at it.”

For the first time ever, the CYCA has expanded the use of yacht tracking technology usually reserved for the Rolex Sydney Hobart Yacht Race, throughout the entire BWPS series.