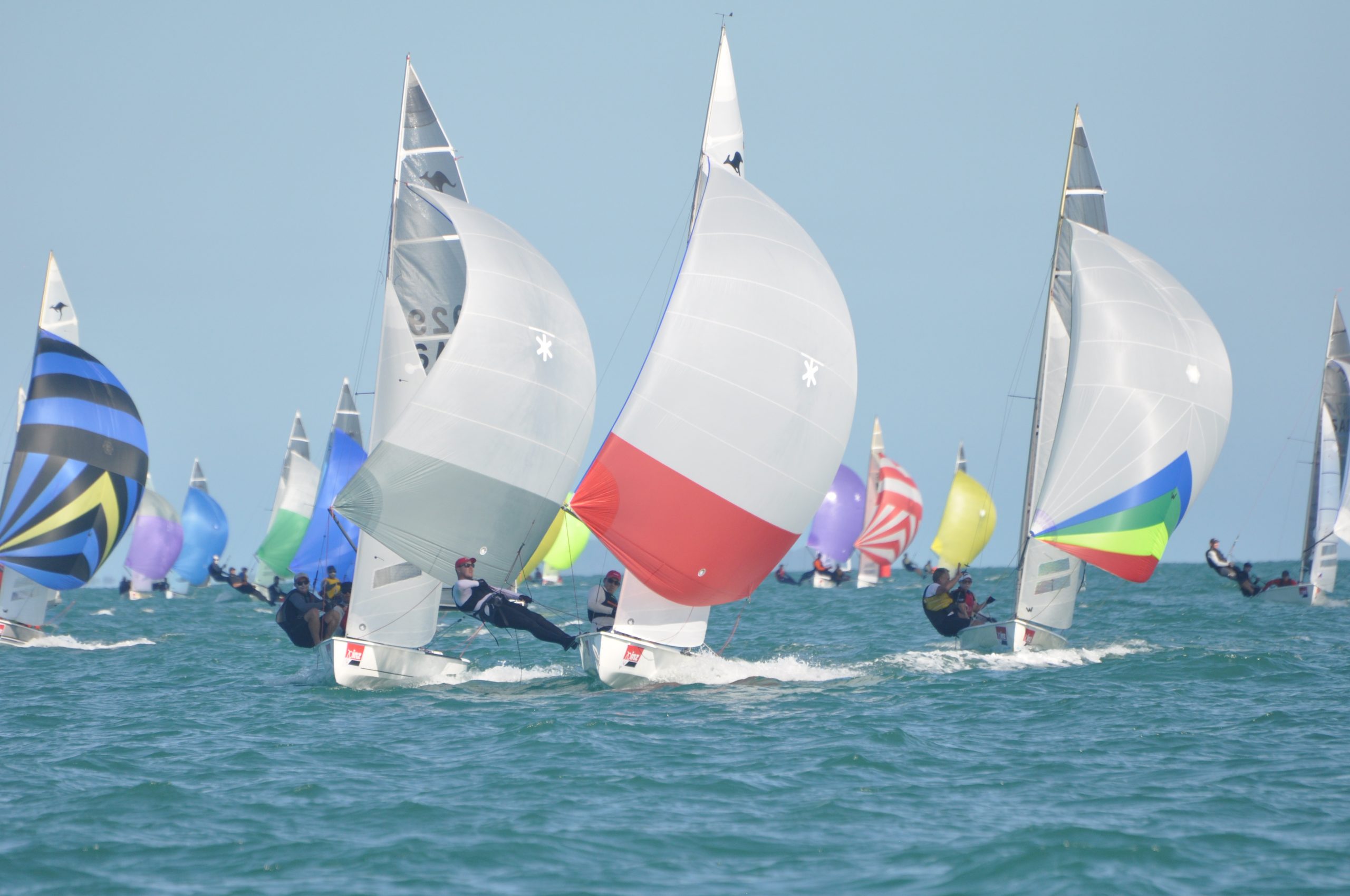 A fleet of 80 boats is expected at the upcoming Australian Sharpie Nationals. Photo Lou Hollis.

The regatta is taking place from 28 December 2018 through to 6 January 2019 and will consist of a nine-race series over six days of championship racing.

Estimations are predicting a potential fleet of 80 boats with roughly 45 boats representing South Australia and a further 35 to come from interstate.

Entry fees are set at $250 for seniors, while boats skippered by juniors under 21 years of age will receive free entry for the event. This is an initiative the class instilled about 10 years ago and is honoured also by many state associations who offer free state fees and membership for teams with a junior skipper.

The event will see some of the best sailors to frequent the class over the last decade go toe-to-toe with each other as a star-studded fleet begins to take shape.

However the South Australian contingent of quality teams is swelling in the lead up to the event with the likes of stalwarts Mark Soulsby, Tony Turton, Robbie Deussen, and Dave Higgins jumping into boats for the event.

There are also some talented younger South Australian skippers in Luke Stephens and Ryan Kelly who have proven they have what it takes to take out the title, which will no doubt shake things up at the top of the table.

The interstate contingent will see a number of quality teams make the trip from Perth and Victoria, with some highlights including Perth brothers Craig and Dave Mann each with their own boats, and Victorian WASZP guru and talented youngster Tom Trotman getting into the class.

There are also whispers that Victorian legend and past national champion Gary McLennan is tuning up the band and looking to pull his old boat and crew together, winding back the clock for a nostalgic tilt at the title.

The event will have a number of great categories that lend themselves to the “race within a race” format for the entire fleet as sailors fight for various titles such as the Over 40s, Over 50s, First Country, First Junior Skipper, First Lady Skipper, First 500 Series, and First 600 Series (hull age) awards.

The event also has a jam-packed social schedule with traditional events such as the Welcome Night, New Year's Eve, States Night and Presentation Night events firmly locked away in the diary.

In addition, there are also some further events to add to the atmosphere such as a McLaren Vale Wine Festival for sailors and friends on the second lay day on January 4, and a Legends Lunch for past sailors and supporters during the Invitation Races on December 29.

The Adelaide Sailing Club will play host for the event and has proven itself as having one of the premier race management teams in the state and even the country, with recent successes including hosting the Laser Nationals and Australian Youth Championships a couple of summers ago.

It will be a busy summer for the club with the Sharpies the first of a three-regatta summer that also includes the International 14 nationals and F18 Catamaran nationals throughout January.

To enter into the event, head to the brand new Sharpie class website and make sure we know you're coming. You don't even need to have your crew confirmed right away and you can nominate now and PAY LATER if you wish.

The late fee will be added in early December so there is plenty of time to pay, but to help the organisers, get your nominations in now.

For further information contact the SA Sharpie Association at www.sharpies.com.au/contact