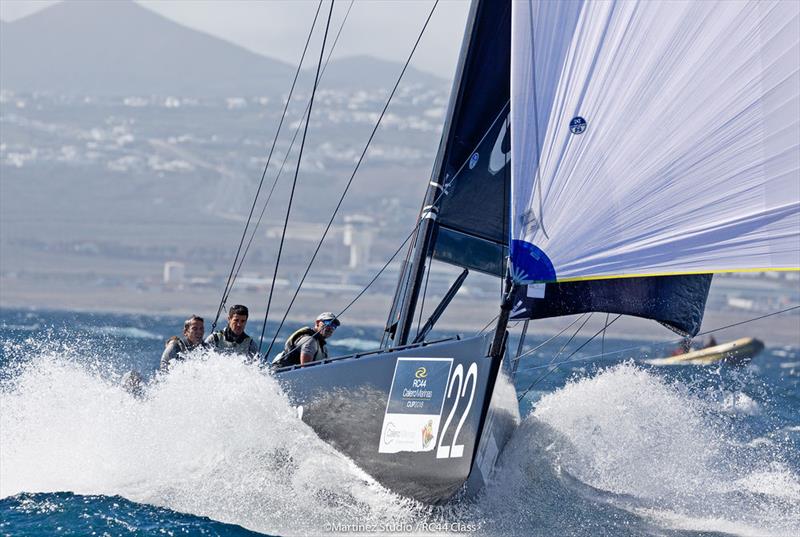 Lanzarote laid on superb conditions for day two of the RC44 Calero Marinas Cup under brilliant sunshine and winds that started in the sub-10 range before building solidly into the 20s, making for a spectacular action-packed third and final race.

Conditions had built for race two which turned into a heavyweight bout between Vladimir Prosikhin's Team Nika and Nico Poons' Charisma. Nika led around the first lap but Charisma had edged ahead by the end of the second beat and maintained their lead to the finish.

Pundits noted that the match racing between the two boats may have been fuelled by some rivalry between the tacticians– former Emirates Team New Zealand skipper Dean Barker calling the shots on Team Nika and his former tactician Ray Davies in this position on Charisma.

Finally for the day's third and last race the forecast 20 knot conditions materialised bringing with them mountainous seas, which with the sun out, made for most memorable sailing conditions. Owners and crew clung on as their nimble RC44s blasted down the runs at 20+ knot speeds, a few experiencing broaches.

Having had their victory denied in the previous race, race three was finally the turn of Team Nika to earn her bullet of the day as Prosikhin, Barker and the crew demonstrated their 2015 championship-winning form to lead around the course, albeit perpetually hounded by Chris Bake's experienced hands on Team Aqua.