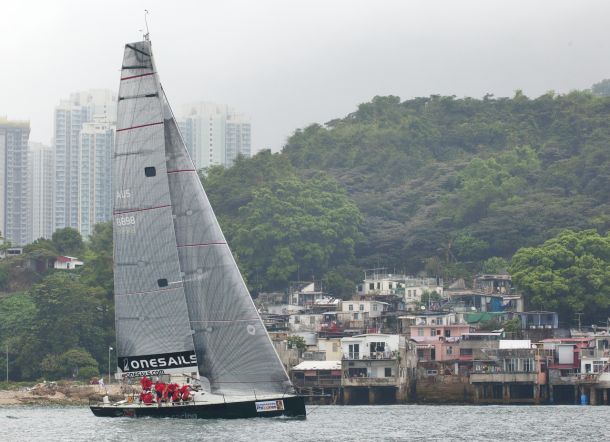 With three boats left on the water, Ray Roberts OneSails Racing is confirmed as the IRC Overall winner of the rerouted San Fernando Race 2015 after a 330nm challenge which Roberts described as “pleasant conditions but tactically very difficult because of the challenging weather”. The TP52 was just 21 minutes away from ‘doing the double’ and claiming line honours, but had to cede that title to Antipodes.

The remaining boats in the fleet still had their own divisional honours to contest, with Ambush claiming IRC Racer 1 and Whiskey Jack annihilating the opposition in IRC Racer 2, winning on the water and with nearly 6 hours to spare on corrected time. Xena performed the same feat in IRC Premier, beating Sea Monkey into second place by over eight hours on corrected time.

In IRC Cruising, although Bernd Hanemann’s Crystal took divisional line honours, it looks as if Eric Doguet’s XC-35, Ex Libris will claim the silverware on IRC. Wonderwall, Darling and Vega remain on the water at the time of writing and, in spite of the time limit having expired, all are expected to finish tonight.

A location prizegiving will take place tonight at RHYC Kellett Island on the Main Lawn, starting at 1900hrs.

Provisional Results are posted at http://www.rhkyc.org.hk/sfr15results.aspx