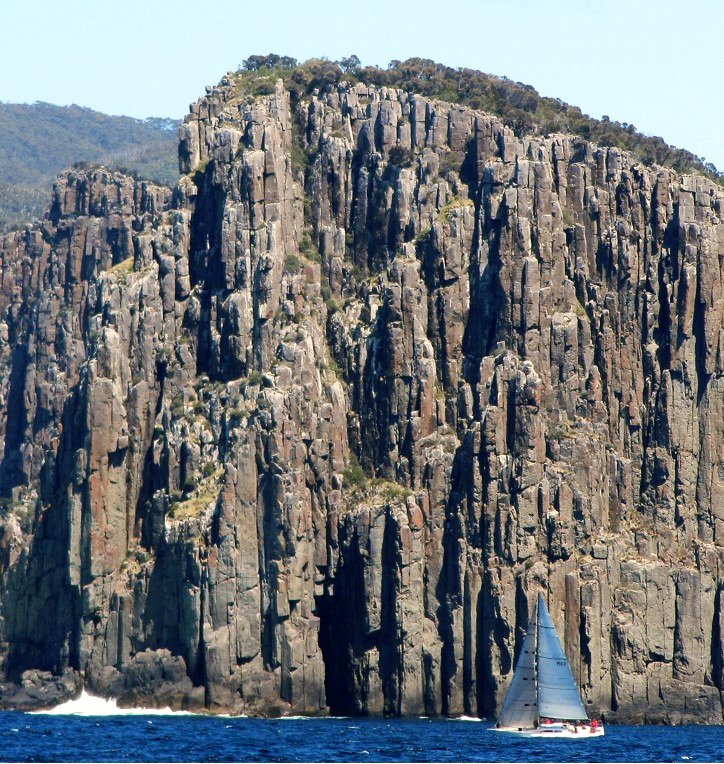 Ramrod passing the Hippolytes on her way across Storm Bay in the TasPorts Maria Island Race. Photo Michelle Denney.

Hobart chartered accountant and RYCT member Tim Maddock bought the modified Scott Kaufman-designed 36-footer about a year ago after some five seasons of sailing as mainsheet trimmer on 45-footer The Fork in the Road.

“This was our first Maria Island Race with Ramrod and our next big race is the Launceston to Hobart in which I have sailed four times previously with line The Fork in Road,” Maddock said yesterday after results were confirmed

“Friday night’s crossing of Storm Bay to Tasman Island probably played a significant role in our success, getting us up with big guns,” recalled Maddock.

“We gybed a lot in the 28-30 knot westerly and rounded Tasman at 11.55pm, second in fleet,” he added. “Coming back from Maria Island the winds were light until we reached Fortesque Bay where the breeze swung to the west at 10-15 knots.”

The first four boats to finish crossed the line off Castray before midnight Saturday, with most of the finishing in early hours of Sunday morning. The exception was Kaiulani which finished shortly after 1pm yesterday.