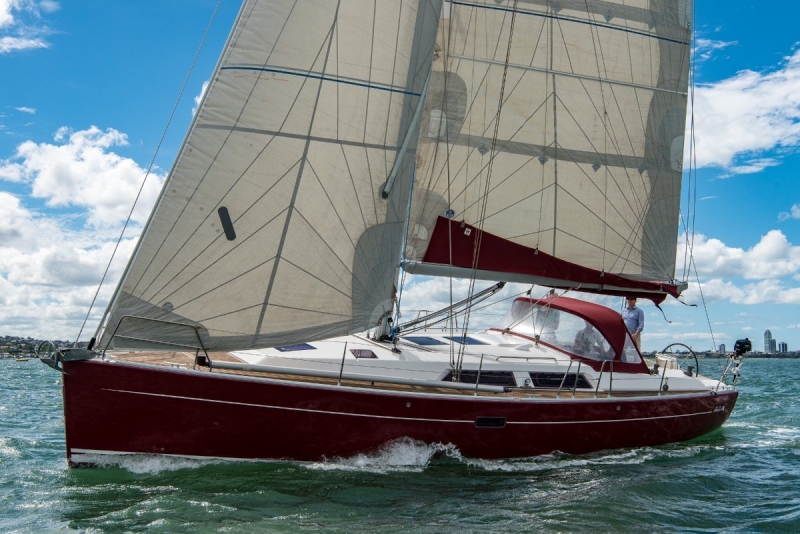 Having a deadline to get their new boat prepared in time for the PIC Coastal Classic was perfect motivation for Hanse 400 owner Tim Honeybone to also have the boat sorted for their first full summer cruising.

The rally division entrant has had the social sailing event in his sights since purchasing Little Minx earlier this year and is looking forward to a fun sail up the coast from Auckland to Russell with mates.

“Little Minx has had a lot of love and time poured into her over the winter, and the PIC Coastal Classic gave us a compelling date to have her tickety boo to spend our spare time sailing in what we have on our doorstep,” he explains.

It’s the first chance for Tim to let the boat “stretch her legs again” since being used by her previous owners.

“I’m simply looking forward to Little Minx doing what she’s meant to do – sailing – with a small crew who simply want to enjoy hanging out and acting young again,” he adds.

The idea of the 36 Degree Brokers Cruising Rally division, a recent addition to the PIC Coastal Classic yacht race, had appealed to Tim since he first heard about it. As high performance race yachts have typically bathed in the limelight of the race from Auckland to Russell, a new breed of participants are emerging and becoming part of the buzz from within the recreational boating community.

“The rally gives a chance to ‘compete’ and see what the PIC Coastal Classic holds for so many others. It also enables us to drive our wives or partners nuts with our incessant chatter and understand there is still a bit of fight in their old dogs,” he laughs.

Tim’s Little Minx won’t have the only crew experiencing the PIC Coastal Classic and its rally division for the first time – the Moody DS54 Storyteller also has a crew made up of friends and family new to the race. Some are new to sailing altogether.

As one of the largest yachts in the fleet, Storyteller was only launched in February 2017, so this event will mark the beginning of her first full summer on the water.

On boats like Matariki III it’s a family affair, with three generations aboard to enjoy the iconic Great Race North. The last of the Oyster HP68 yachts has previously taken various owners and crews around the globe, and her coastal crew this year is looking forward to a fun cruise up to Russell.

Nineteen boats are confirmed to take part in the 36 Degree Brokers Cruising Rally and together they will start prior to the 150 race yachts on Friday morning. The rally starts from 8:15am, and the first of the competitive boats will start from 9:30am in the vicinity of Devonport wharf.