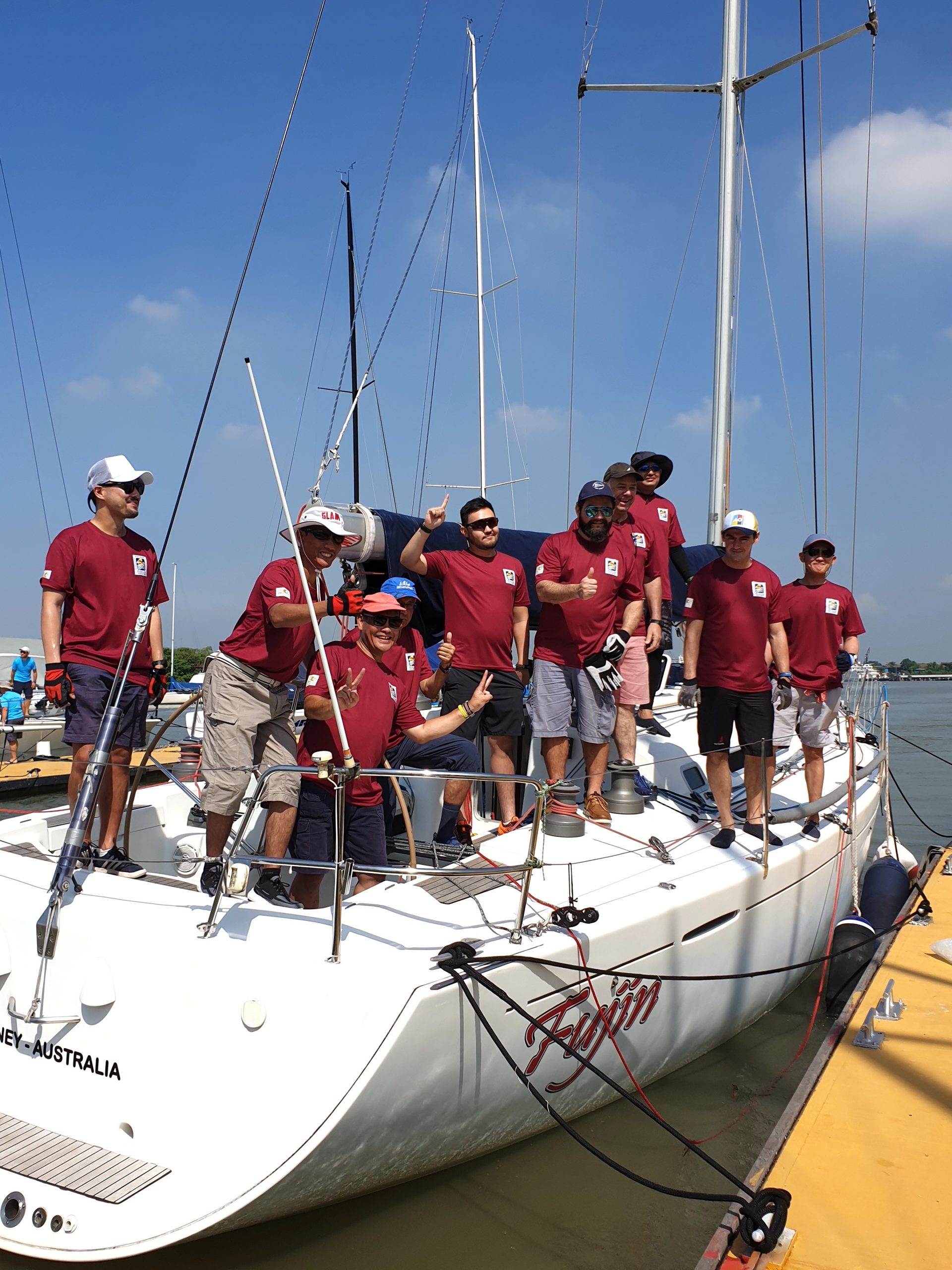 The boats will sail in overnight passage races along Malaysia’s west coast and compete in inshore harbour races from 16 to 23 November 2019.

Known as ‘the regatta with everything’, the RMSIR is Asia’s second oldest race and South East Asia’s most challenging sailing event.

“When RSYC members first came up with the idea of starting a feeder regatta for yachts that were on their way to the Kings Cup in Thailand, no one expected the regatta to keep going for 30 years,” RMSIR Chairman Jeff Harris said.

“We greatly appreciate the support that skippers and boat owners have shown over the years and consider ourselves very fortunate that many sailors come back time after time to race in Malaysia.”

The 30th RMSIR kicked off with the opening dinner at the Royal Selangor Yacht Club (RSYC) last night. The ringing of a traditional ship’s bell signalled the official start of the event.

The fleet is now on its regular course through the Straits of Malacca to the checkpoints at Pangkor, Penang and Langkawi as the sailors vie for line and class honours. Other activities include social events and a rickshaw race. The final awards ceremony will be held at the Royal Langkawi Yacht Club on 23 November.

Prizes for the pearl jubilee regatta include the coveted perpetual trophy – the Raja Muda Cup – and a miniature Raja Muda Cup that has been specially produced for the regatta’s 30th anniversary.

The RMSIR is organised annually by the RSYC in association with the Royal Ocean Racing Club (RORC) and the Malaysia Sailing Association; assisted by the Royal Malaysia Police (RMP) and Royal Malaysian Navy (RMN). The RMP’s Marine Police play an instrumental role in escorting the boats out to the starting points and back to the finish line in the whole regatta.

Simon James takes over from RMSIR veteran, Jerry Rollin, as the Principal Race Officer this year, while Malaysia’s Leonard Chin returns to head the International Jury. The Yellow Brick (YB) Yacht Tracking system is being used once again for live tracking of the overnight passage races from Port Klang to Pangkor, then Penang and finally Langkawi.

Selangor Tourism is a main sponsor, along with container port Westports Malaysia. Scottish whisky brand Old Pulteney will provide bottles of their famous malt for prize winners. Other sponsors include UK Sails, the Port Klang Authority and the Langkawi Development Authority (LADA)

The schedule for the 2019 RMSIR is as follows:

The RMSIR was established in 1990 by the RSYC’s Royal Patron, the Sultan of Selangor HRH Sultan Sharafuddin Idris Shah (who was then Raja Muda Selangor) together with Dato’ Johan Ariff and Jonathon Muhiudeen. HH Tengku Amir Shah, the current Raja Muda Selangor, is the RSYC Honorary Life Commodore.

Yachts competing in the regatta range from top class IRC1 racers to beautiful classic cruisers with long overhangs dating back over 100 years. Skippers and crew will have to cope with the unpredictable weather, changing tactics and heavy shipping traffic in the Straits of Malacca, all of which make the regatta a matchless experience.

Known for its unpredictable winds, weather and tide, the RMSIR provides excitement for even the most experienced of sailors, along with an interesting challenge. Add to that a little bit of sightseeing and fun social events at every stop and you have a regatta with everything.

The month of November typically marks the height of the north-east monsoon on Peninsular Malaysia where sailors can expect anything from glassy waters and light breeze to a sea heaving with two metres of swell or higher and 30 knot squalls blowing off the coast. In other words, these northeast monsoon months bring conditions that are challenging enough even for seasoned sailors.

For more information and results: www.rmsir.com