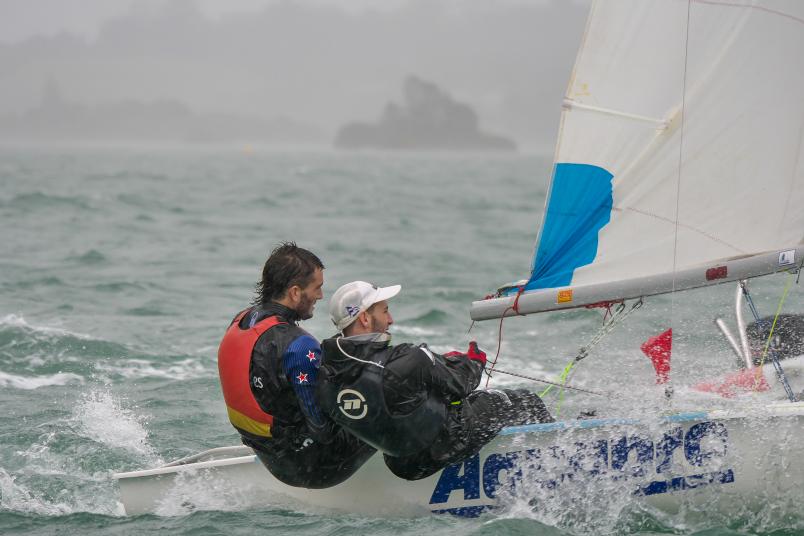 The cast included world and Olympic champions, husbands and wives, Ocean Race sailors and some as young as nine and they combined to put on a spectacular weekend of teams racing in Kerikeri.

It was a regatta that very nearly didn't happen because of Covid-19 but the pandemic actually meant it attracted its strongest field since the event returned to the New Zealand sailing scene three years ago.

All seven selected to sail for New Zealand at the Tokyo Olympics took part, along with other members of the NZL Sailing Team, various top youth sailors and Ocean Racer Brad Farrand. Typically, many of these individuals are competing overseas during this time of year but their plans, along with most top sailors around the world, have been chucked out the door.

“A lot of the regular guys couldn’t believe their eyes in terms of who they were racing,” said Corbett, who also doubled as event organiser. “A bunch of them probably lost races before they had even got to the start line.

“The youngest competitor was nine years old and had only ever see these guys on TV. They are god-like in the sailing world, your Peter Burlings and Blair Tukes.”

“Some of the Olympic sailors hadn’t done it before, some had, so I think they were quite excited to experience a different kind of racing,” Corbett said. “I knew it would be a struggle for them because it’s a different type of racing. They’re eight-minute races, with on-water judges and you have to work as a team.

“The likes of Pete and Blair have proved themselves to be really good boat-on-boat in the 49er class and I believe they developed a lot of those skills when they were teams racing some time ago. All those guys had speed and they were getting better and better but the teams in the semifinals were fairly seasoned teams racers.”

The TBC team of Seb Menzies, Blake McGlashan, Tom Mulcahy, Cam McGlashan, Mason Mulcahy and Andre Van Dam showed some serious pace in the 420s during the three-day regatta, which was not unexpected. Menzies and McGlashan are former 420 world champions and last year won the boy's 420 at the youth sailing world championships and Mulcahy and Van Dam are this country's current No 1 420 combination.

“Hands down [this was the hardest win of the three],” Corbett said. “No doubt about it. The top 12 out of the 14 teams, any one of them could take races off the other and I think the results showed that.

“We just understand the teams racing game and have done it more recently than the others. We weren’t faster than anyone out there but worked together as a team well.”

Corbett also had a good team of volunteers working behind the scenes. The event looked doubtful for some time because of Covid-19 and looked like a complex beast when groups of only 10 were allowed under alert level 2. Group sizes were lifted to 100 the day before the regatta started, which brought “a smile to my face” Corbett said.

That smile was still there on Sunday night after a third-straight national title.