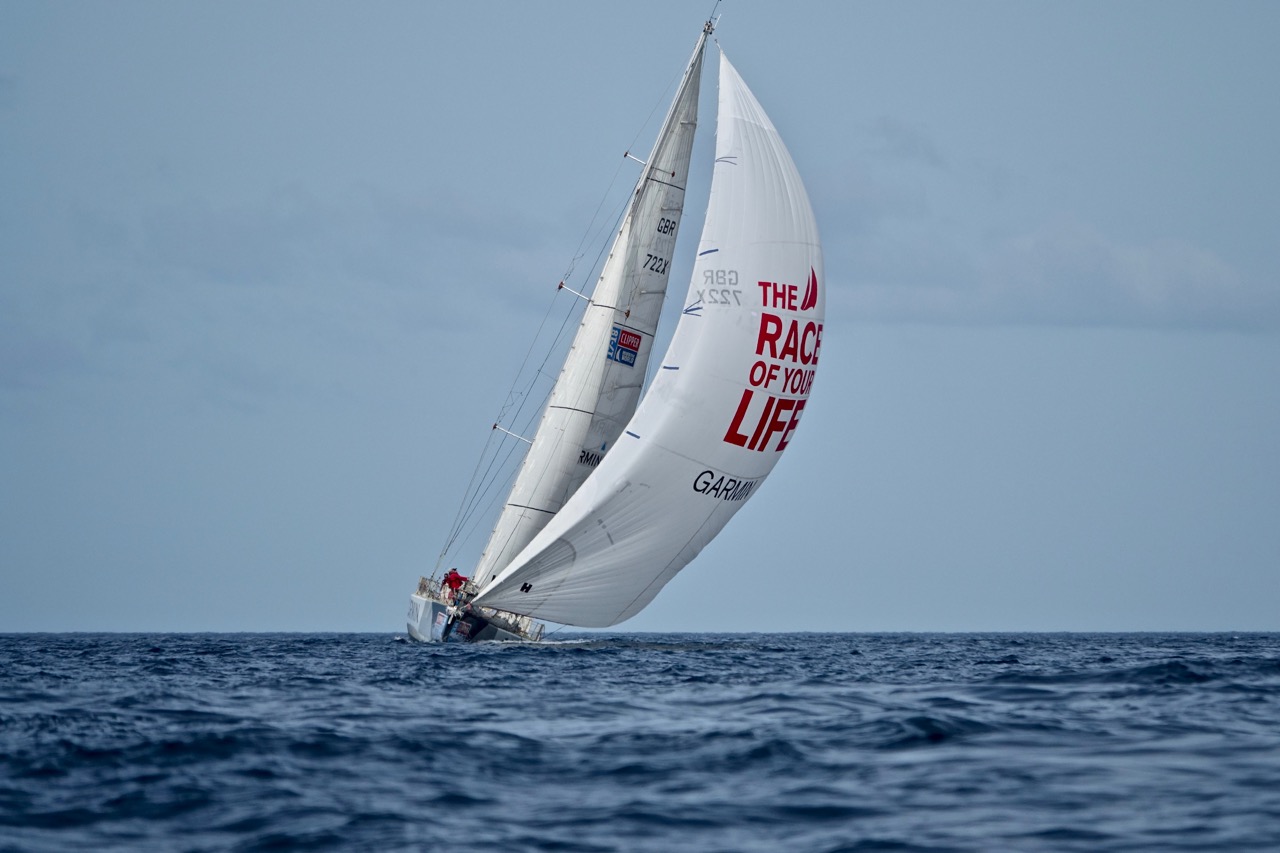 There's been plenty of movement on the leaderboard, but none of the Clipper Race teams are yet to break away amid the tight racing conditions on Day 2 of Race 12 from New York to Derry-Londonderry.

The split that appeared shortly after the Le Mans start has become less noticeable overnight, with less than 20 nautical miles (nm) separating first from tenth. The eleventh placed PSP Logistics is 25nm from its nearest competitor as the team persists in its search of the Gulf Stream with its southerly route. Whilst no stranger to taking a different tactic to the rest of the fleet, PSP Logistics Skipper Matt Mitchell knows he is taking a risk, commenting: “Hopefully over the next 24 hours coming south will start to pay off.”

With the majority of the fleet in AIS range, there is little room for error, as Dare To Lead Skipper Dale Smyth explains: “We are still tightly packed as a group so any small decision cannot be taken lightly.”

The pressure to make the right call is weighing on the Skippers, especially as the results of this penultimate race of the circumnavigation could go a long way to deciding what teams will be on the podium at Race Finish in Liverpool. Visit Seattle Skipper Nikki Henderson shone a light on her thought process, saying: “There is positive current down south – but that's sailing more miles and last time we sailed for current we ended up 150nm behind the fleet. There is a better wind angle up north – but 4 knots of current for 200 miles, I mean, are we really going to pass that by? And there is negative current where we we're going – but at the time it was faster.”

Currently, Visit Seattle remains mid-pack and in close quarters with HotelPlanner.com. Race 12 has special significance to Derry-Londonderry local Conall Morrison, and so far, the HotelPlanner.com Skipper is enjoying the race home across the Atlantic, reporting: “What a lovely sailing day on Hotelplanner.com: it is thrilling to see the whole fleet so close together and be able to trump each other or see them pull away.

“The fleet seems to mix up quite a bit on the way along the northerly ice limits. It seems to have separated into two major groups, one staying further south and the other following the rhumb line a little to the north.”

Being back in the North Atlantic is driving home how much the teams have accomplished over the past ten months. Unicef Skipper Bob Begg reflects: “In two and a half days from now, we will pass due North of Punta Del Este in Uruguay, which means we will have circled the planet crossing every line of longitude. This is the first benchmark for the round the worlder crew onboard Unicef.

Those onboard Nasdaq are also celebrating the milestone, with Skipper Rob Graham commenting: “We sailed off the edge of the coastal chart today and are now marking our position on the “North Atlantic, Northern Part” chart that still shows our positions from Leg 1 back in August. A cause for excitement that we're getting closer to the finish and reflection on how far we've come, how much we've learned, and how much has happened in between.”

The good breeze is set to continue for the coming days and will help drive the fleet to what will be their final destination before the 40,000nm, eleven month circumnavigation comes to an end in Liverpool on July 28.

Race 12: The LegenDerry Race is expected to take up to 19 days, with the Clipper Race fleet estimated to arrive in Derry-Londonderry between 10-14 July – just in time for the Foyle Maritime Festival. The award-winning festival will run from Saturday 14 July until the fleet departs for Liverpool on Sunday 22 July. For more information about Foyle Maritime Festival, see the Derry-Londonderry Stopover page on the Clipper Race website.