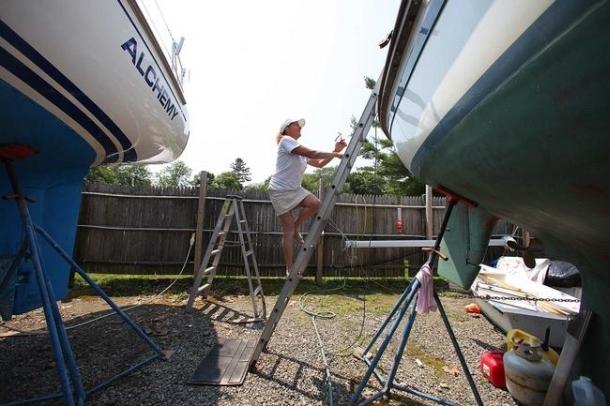 The first time Donna Lange sailed around the world by herself it was hardly an easy journey.

Over 290 days at sea in her 28-foot sailboat, Inspired Insanity, she battled through 60-foot waves and 55-knot winds. She hit tropical storms in the Atlantic and was met by unremitting gales off the Cape of Good Hope at the southern tip of Africa. During one storm off Bermuda that lasted four days, her boat was submerged and the automatic steering system conked out. Lange had to steer manually for 36 hours straight.

In all, the trip took 17 months from 2005 to 2007, with stops along the way for repairs and recovery in New Zealand and Chile. It was incredibly exhausting, but, says Lange, the trip was even more fulfilling.

“I was so content amid the ocean,” she says.