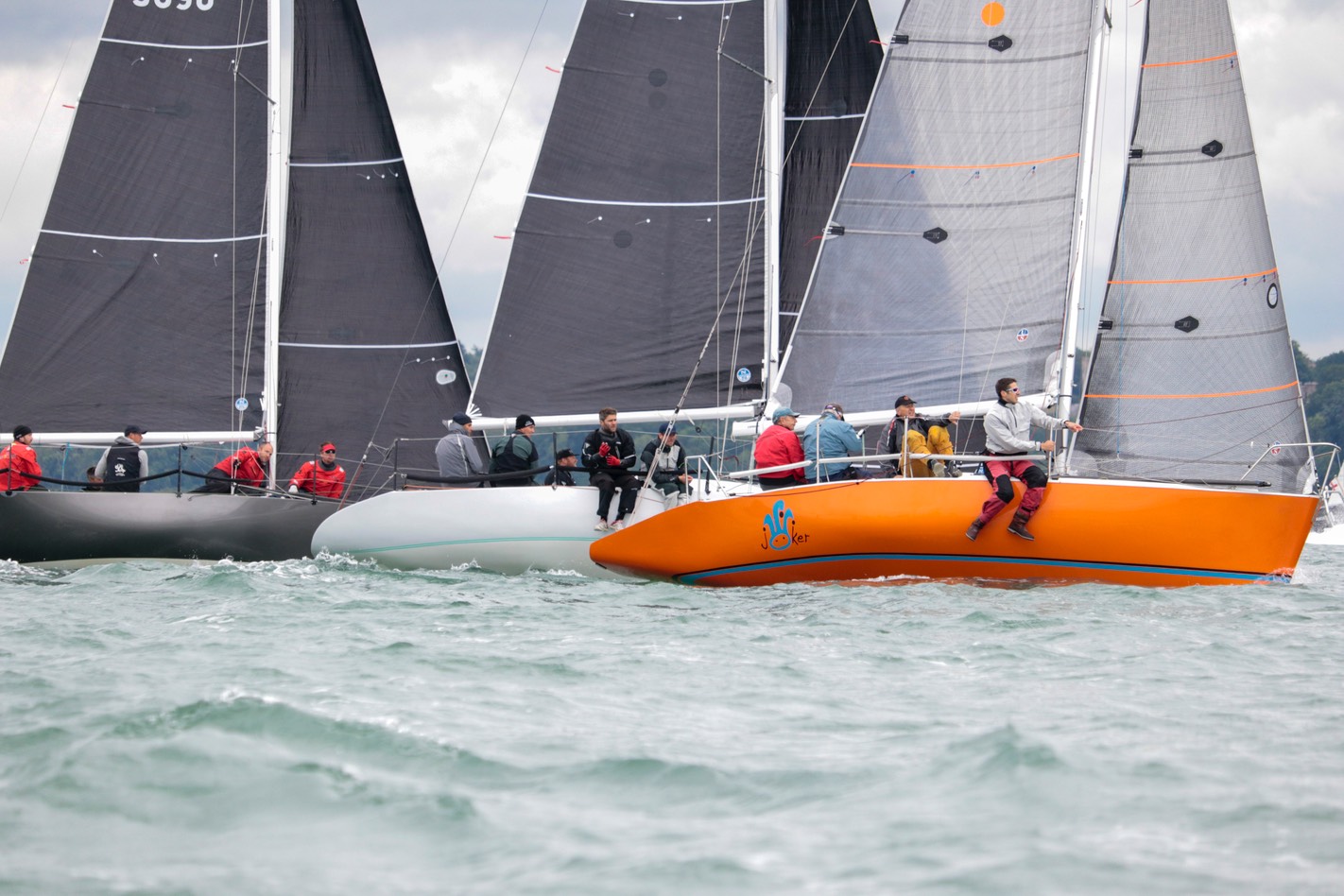 The fifteenth edition of the revived Quarter Ton Cup got underway today, and for the 19-strong fleet it was a tough opener.

Light winds of around 8 knots whispered into the sails, creating a game of tactics for the sailors. But that didn’t lessen the level of competition when racing eventually got underway, and the battle on the course raged with everyone keen to lay down their marker early on with just seconds separating the teams as they crossed the finish line.

Southworth, who finished fourth overall in the 2018 Quarter Ton Cup and second in 2017 racing Whiskers, followed the win up with an impressive fifth and second place in the following races to lead overnight.

“The committee did brilliantly to get three races in,” explained Southworth. “We’ve had a good day. A few of us have had a good day and so I think there are about three of us that are pretty close. It is going to be very tight until the very end, no doubt.”

By race two the breeze had built to 12 knots, which seemed to catch some of the fleet unawares with four boats OCS. This time it was Louise Morton who led to the first mark, but Sam Laidlaw and his newly christened BLT were not going to let Morton and her team have an easy ride, and by the first gate he had taken the lead. He held onto his advantage for much of the race, but a final surge by Morton saw her cross the line just 10 seconds ahead of Laidlaw on corrected time, with Julian Metherell’s Bullit taking third.

Remarkably, Laidlaw and his team first sailed the boat yesterday and any doubts that it would take them time to find their feet were well and truly quashed as they followed up their second place with a win in the third and final race – the boat which won the Quarter Ton Cup in 1980 showing its pedigree.

“It was exciting because we only put the boat in the water yesterday and we’re still trying to work out what the right rig settings are,” explained Laidlaw. “We didn’t get a very good start in the first race and we didn’t have the rig settings quite right. Then we got a bit more breeze in the afternoon and we really started to see what the boat can do. We’ve still got a lot to learn. If the weather gets windier we are in for some really exciting racing as this boat will go really well in the wind. She went like a rocket – I think she’s going to be quick.”

Niall Dowling’s Per Elisa was another boat which only hit the water for the first time this weekend, much to the surprise of Dowling’s wife and the skipper of Catch Olivia Dowling, as Niall explained: “We keep it a secret from my wife until the last minute, so the previous owner Richard Fleck kindly entered her. No one knew we had her until we came out yesterday for the practice race including my wife. I hope she has forgiven me – hopefully we’re not ahead of her or she may take that back. Our expectations for the week? Finish one place behind Catch!”

Luckily for Niall, Per Elisa is in 10th place after the first day, two places behind Catch.

The Quarter Ton Class is well known for its calibre of sailors and the diversity of its fleet. In the Corinthian division, Robert Stewart’s Hellaby had some promising results to lead the Corinthian rankings and currently sit seventh overall.

Racing continues until Wednesday 12th June, and the fleet are looking forward to a better forecast over the coming days with hopes of more wind and perhaps even a glimpse of the British Summer. For the full results, visit the website here (http://quartertoncup.org/results.html).