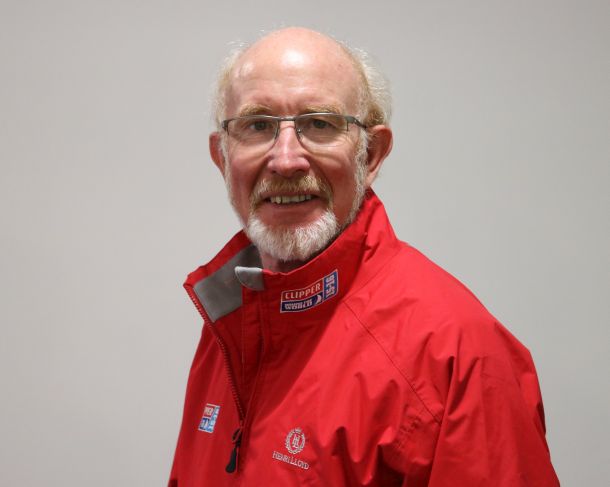 Prominent Royal Yacht Club of Tasmania member David Graney has sailed in many types of on-design racing dinghies and keelboats, with considerable success at a state, national and international level, but he has never got around to competing in Australia’s premier ocean race, the Rolex Sydney Hobart Yacht Race – until this year.

To do so, David has flown from Hobart to London and early today, Australian time, he set sail in the 40,000 nautical mile Clipper Round the World Yacht Race 2015-2016 to achieve, among other goals, his ambition to compete in the 2015 Rolex Sydney Hobart Race.

David is a crew member of Da Nang-Viet Nam, one of 12 identical Clipper 70-foot racing yachts specially designed for the extreme endurance tests during the 10th edition of the world’s longest ocean racing adventure for amateur sailors.

The fleet of Clipper 70s passed under London’s Tower Bridge in a colourful parade down the River Thames to the offshore starting line off the south-east coast of England, with the first leg to Rio de Janeiro, Brazil. In total, there are eight legs with 16 races, including the Sydney Hobart Race in late December.

Although admittedly limited in long ocean racing experience, the 64-year-old Hobartian will be among the more skilled sailors aboard Da Nang-Viet Nam. Each yacht has a professional skipper but the amateur crews aboard the Clipper 70s are largely novices – 40 per cent had never sailed before starting their training in the lead-up to the Clipper Race. David has been sailing since he was a boy.

Na Nang-Viet Nam is under the command of Wendy Tuck, the first Australian female to skipper a Clipper Round the World team. Including David, there are 14 Australians listed in Wendy’s crew, with four of them signed on to circumnavigate the world.

David Graney’s most recent yacht racing has been helming the SB20 class yacht Wedgewood in Hobart’s very competitive fleet of these one-design sports boats, admitting that for the Clipper Race “I feel I am stepping outside my comfort zone.”

He learned to sail as a boy in Rainbow scows at Kingston Beach Sailing Club, graduating to the iconic Lightweight Sharpies, later switching to the family orientated Mirror dinghy class, winning several Tasmanian titles and two Australian championships. He also sailed Mirrors overseas, finishing second in both the UK National titles and the Worlds in Ireland.

David has also been heavily involved in the official side of yachting, as a past Commodore of the Kingston Beach Sailing Club, past President of Yachting Tasmania and a former board member of the Royal Yacht Club of Tasmania. A noted expert on the racing rules of sailing, he is a national judge and a national umpire.

Why the Clipper? I asked David. “I attended a couple of talks that inspired me, one by fellow Tasmanian Richard Hewson, a former winning skipper of the Clipper Race, and the second by a woman from the Cruising Yacht Club of Australia who was relatively inexperienced,” he explained. “The clincher was she mentioned that one of the older members of her crew had said ‘I wish I had done it 10 years ago.’

“Originally, I signed on for leg three from Cape Town to Albany in Western Australia as a good way to tackle the Southern Ocean in a reasonable boat. Once the Sydney Hobart was included in leg 4 I was in for that too, as I had never ‘done a Hobart’.

“On arriving in Gosport (Clipper Race headquarters in the UK) I told officials I wished I had signed up for the whole race. Five minutes later they came back and said someone had pulled out, so there was a possibility.

“Fortunately, my wife Jenny was with me and after some discussion I signed up for the entire Clipper Round the World Yacht Race.

“Then we went out and had a Chinese meal and I got a fortune cooker that said ‘you will receive no parking tickets this year’. Some things are meant to be!” David added with a grin.