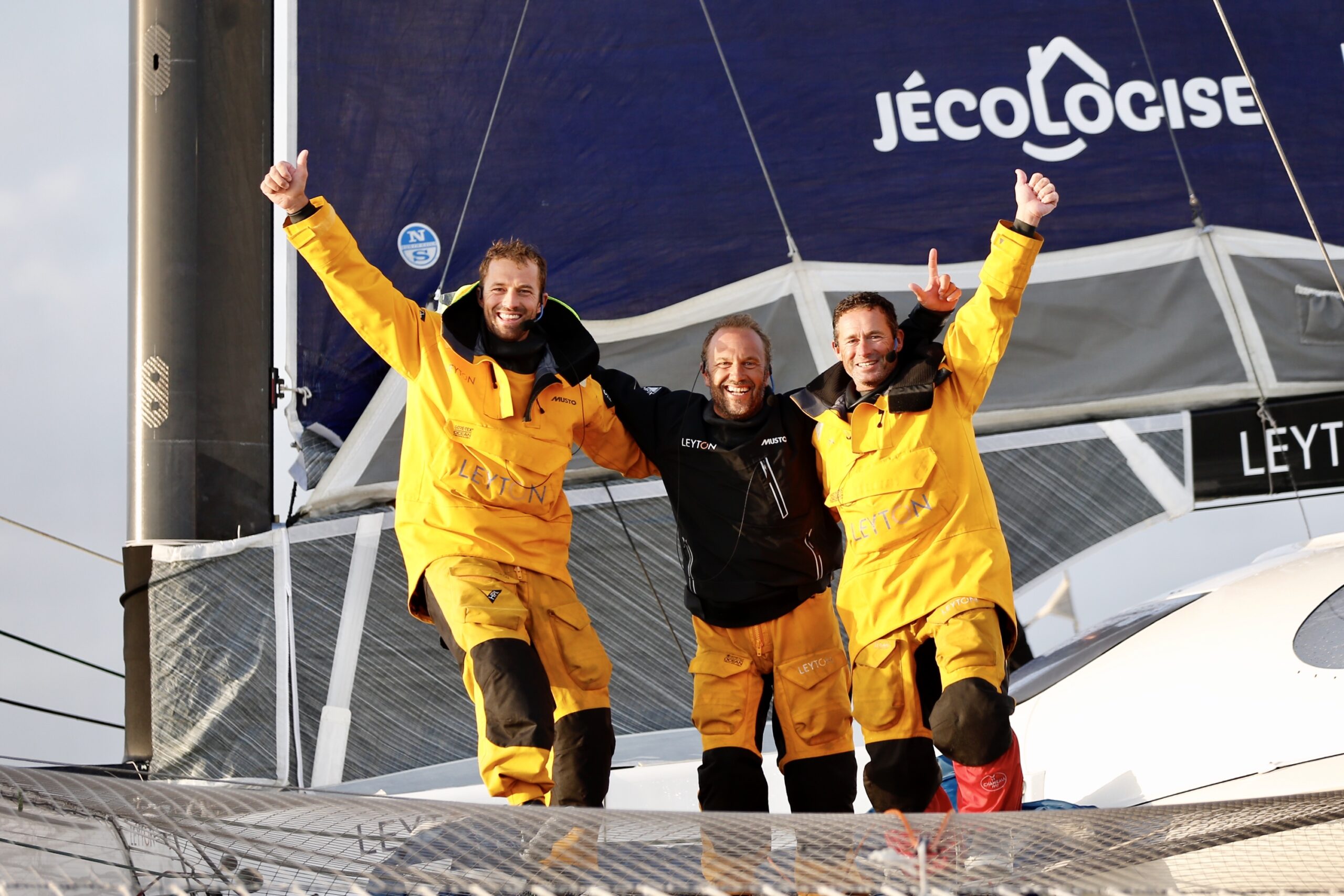 Season two of the Pro Sailing Tour is scheduled for 12 May-10 July. Pic - Jacques Vapillon

With just two weeks to go to the start of the Pro Sailing Tour season two (12 May-10 July), one of ocean racing’s most exciting new competitions, a multinational fleet of seven foiling trimarans (the eighth will join in Brest) and 50 of the best offshore sailors will soon be converging on Bonifacio in Corsica, France for Episode 1 of the 4 Episode season.

An exciting new course, with inshore and offshore competition, will take the show from Corsica to Brittany via Cowes in the south of England. The Pro Sailing Tour 2022 – renowned for its intensity and boat-on-boat battles – is shaping up to be a highly competitive and exciting two-months of hard-fought racing.

“There is a lot of appetite and enthusiasm for the start of this new season,” said Julien Mauriat, CEO of the Pro Sailing Tour and one of the masterminds behind the revealing and highly engaging Ocean Fifty TV series that puts viewers on board in the thick of the action. Each Ocean 50 has its own dedicated onboard reporter capturing the adventures of each team as they unfold, the resulting footage is raw, inspiring, and entertaining, and is broadcast to fifty channels globally. In France, season 1 will show on Canal+ from May.

“While most reports dedicated to sport focus solely on the sporting aspects, the production of the Ocean Fifty series has the particularity of being interested in the human adventure and the raw and spontaneous emotions,” explained Julien Mauriat.

Who will challenge Sam Goodchild (GBR) and his mixed team on Leyton?

This year, the Franco-British sailor is still the favourite: the team on board Leyton has been busy over the winter optimising the multihull, they’ve added a central rudder and a new mast. Two new crew members, Pierre Pennec and Devan Le Bihan, will join the mixed crew that includes Elodie-Jane (Ocean Race with Team SCA and Turn the Tide, Tour de France) and Laurane Mettraux (Match racing, Sailing Arabia-The Tour, Tour de France) as part of the Leyton x Magenta Project programme launched last year.

Leyton is no longer the only mixed crew, Erwan Le Roux (fourth last year) has joined forces with Audrey Ogereau and Mathilde Géron onboard Koesio, the crew also includes Yann Eliès. Their objective is to “make it onto the podium and win some races this season”.

The battle for victory will be intense. Quentin Vlamynck (2nd in 2021) was the youngest ever skipper on a 50-foot trimaran and one of the revelations of season one, coming second behind overall winner, Leyton. He has made some changes to the crew and says he is “more motivated than ever”.

Thibaut Vauchel-Camus (third in 2021) is equally enthusiastic, having set the English Channel solo record at the beginning of April as part of his preparation. He predicts a second season with higher ambitions, although “the game will be very open”.

Sébastien Rogues, winner of the last Transat Jacques-Vabre, is ambitious. Having improved the reliability of his multihull, he has recruited Pierre Quiroga (winner of the Solitaire du Figaro 2021) and Mathieu Salomon to his crew.

Gilles Lamiré, who describes himself as “an offshore sailor rather than a regatta sailor”, has been training in the West Indies, notably by competing in the RORC Caribbean 600, where he finished third. His experience will be valuable this year.

Armel Tripon, despite a capsize at the beginning of April, is hoping to be ready in time to be on the start line in Brest alongside the seven other multihulls.

Finally, the Pro Sailing Tour welcomes a new skipper: Eric Péron. With a broad skill set that includes Olympic, monohull and multihull sailing, he will race Komilfo and having just come second in the 1000 miles of Les Sables, will be one of the sailors to watch.

The Pro Sailing Tour looks set to be more competitive than ever!

In 2022, eight foiling multihulls will line up for the Pro Sailing Tour season two that takes the multinational fleet from the Mediterranean to the Atlantic and finishes in the English Channel. The teams are led by some of the best offshore sailors in the sport: Sam Goodchild, Giles Lamiré, Sébastien Rogues, Thibaut Vauchel-Camus, Erwan Le Roux, Quentin Vlamynck, Armel Tripon and Eric Peron.

And the competition consists of a mix of inshore and offshore races constituting an Episode as well as one long final offshore race, the ‘Final Rush’ from Cowes to Roscoff.

The Ocean Fifty (formerly the Multi 50 class) foiling trimarans are as long as they are wide (15.24m x 15m respectively), as agile as they are spectacular and can reach speeds of up to 42 knots (77km/h).

The Pro Sailing Tour for the Ocean Fifty trimarans was launched in 2021 and is the culmination of a determined development process by the teams and stakeholders that began in 2015 when the Class was professionalised and continued in 2017 with the addition of foils. Today, the Tour is going from strength to strength with the objective of making the Pro Sailing Tour a lasting part of the French and international ocean racing landscape.

The inaugural Pro Sailing Tour in 2021, raced by seven teams, lived up to all expectations. The high intensity inshore races and offshore battles were watched by 25,000 spectators, and the historic first season was won by Leyton, skippered by Sam Goodchild (GBR), with four victories, including the final from Toulon to Brest in August.