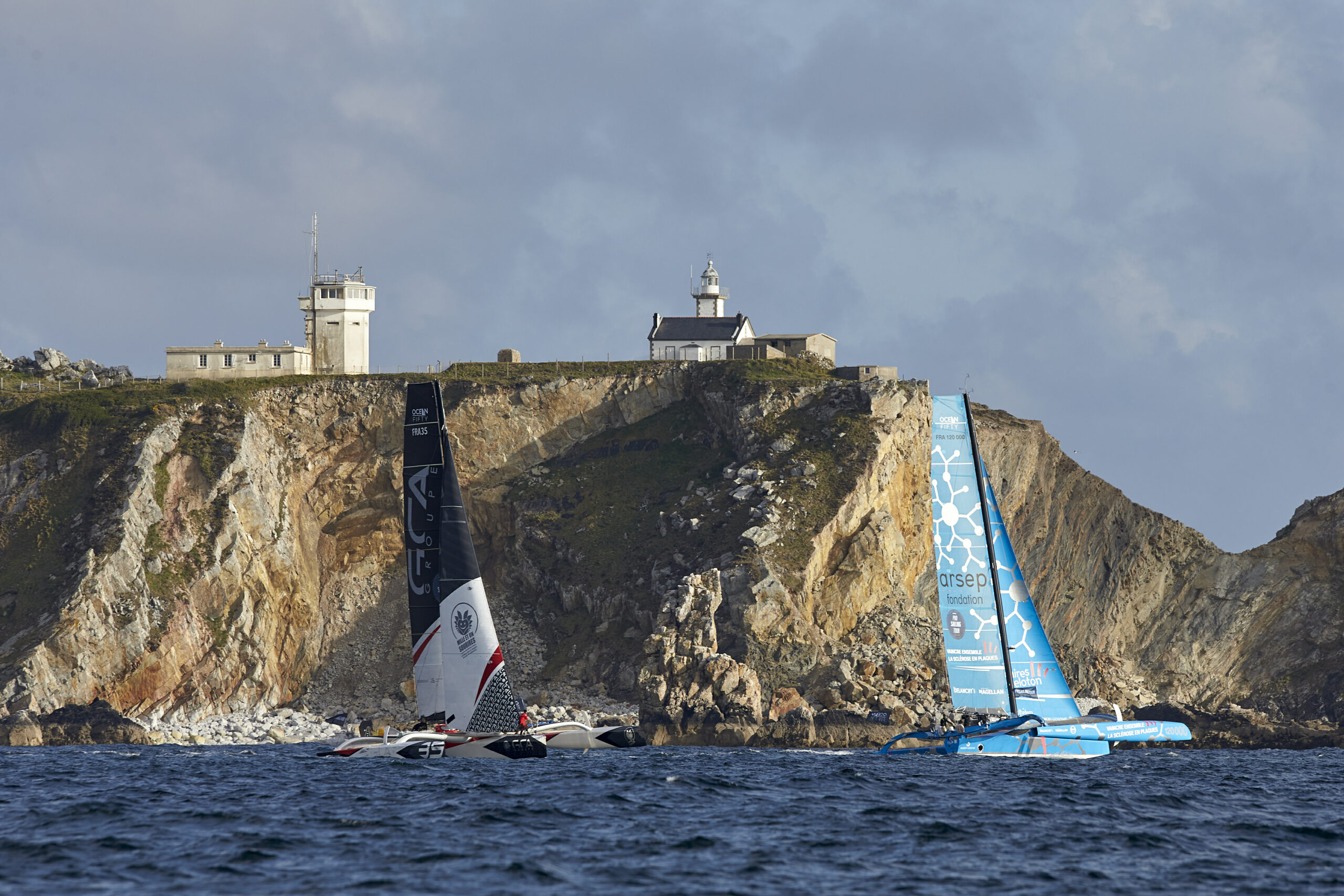 It’s time for round two of offshore racing’s most exciting new competition! Seven Ocean Fifty foiling trimarans that regularly see speeds of up to 42 knots are converging on Brest in Finistère, Brittany, this week for Episode 2 of the Pro Sailing Tour (23-26 June).

After a spectacular opening Episode in Bonifacio, Corsica, in May that saw Quentin Vlamynck (FRA), the youngest skipper in the fleet onboard Arkema snatch victory from close rivals Sam Goodchild (GBR), the defending PST champion on Leyton, and Erwan Le Roux (FRA) on Koesio, the fleet scattered to various corners of Europe to prepare for the next event.

Brest is the birthplace of the Pro Sailing Tour. The dream setting that has played host to so many offshore racing exploits is where it all began in 2021, and the Marina du Chateau is looking forward to welcoming the fleet back for two days of adrenalin-fuelled inshore races on Thursday and Friday, followed by a 24-hour Challenge, the “24h in Finistère”, over the weekend.

Ambitions among the fleet are running high. Quentin Vlamynck (Arkema) hopes to build on his success in Corsica, Sam Goodchild (Leyton) wants to find his way back to victory, and Sébastien Rogues (Primonial) and Gilles Lamiré (Groupe GCA-1001 Sourires) will seek to put their experience to good use. Éric Péron (Komilfo), who is new to the Pro Sailing Tour, is keen to continue his learning curve and engage with the high achievers at the top of the leaderboard. Thibaut Vauchel-Camus (Solidaires En Peloton-ARSEP) has used the six-weeks between episodes to make some repairs and to sharpen up, while Erwan Le Roux (Koesio) is counting on a podium finish in Brest.

DID SOMEONE SAY DOWNTIME…?

The fleet has been busy during the break between episodes. Groupe GCA-1001 Sourires underwent repairs at Lalou Multi yard in the Gironde and re-launched last Friday. Sébastien Rogues’ Primonial also had work done in Toulon before a single-handed delivery to qualify for the Route du Rhum. Solidaires En Peloton-ARSEP spent time in Nice before heading to St Malo for rudder and daggerboard repairs.

Considering that Episode 1 of the Pro Sailing Tour was the equivalent of 27 days at sea, the winner of the opening event, Arkema, made the most of the lull in competition to do a full boat check, including fittings, winches, and sails. British entry and defender of the Pro Sailing Tour title, Leyton, has been corporate sailing in Morocco, Spain and France. And finally, the crew of Koesio sailed from Bormes-les-Mimosa to Monaco where the crew was welcomed by Marc Pajot, and then to Cadiz before heading to Brest to get race ready.

On Koesio, Erawn Leroux (FRA) will welcome some local knowledge with helmsman Steven Liorzou (FRA) from Brest, and tactician Mathilde Géron (FRA), who trained at the Brest Naval College, joining the crew. And Thibaut Vauchel-Camus is loading up with talent with Hugo Dhallenne (FRA), winner of the Mini-Transat, and Vincent Riou (FRA) former Vendée Globe winner, joining Solidaires En Peloton-ARSEP’s quest for success.