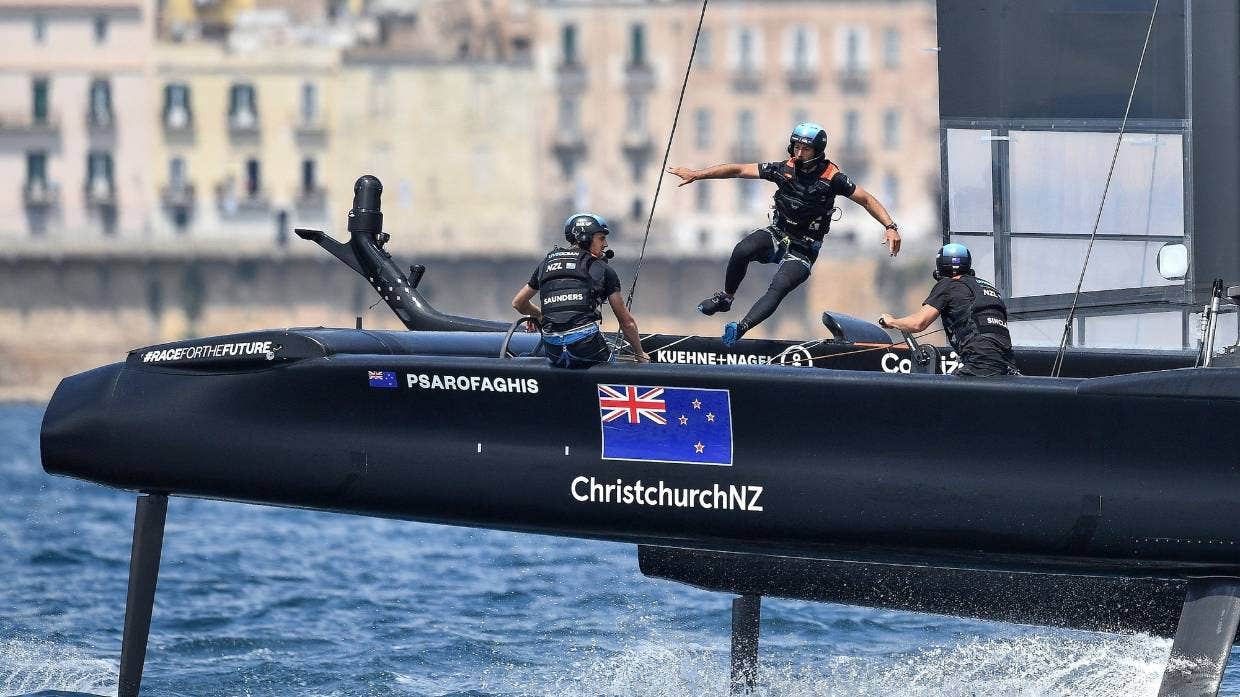 A makeshift crew will look to maintain New Zealand’s building momentum in SailGP when the third regatta of the global league is held in England this weekend.

New Zealand scored their first race win and notched a fourth placing in Italy last month despite the absence of superstars and co-CEOs Peter Burling and Blair Tuke.

Wing trimmer Jason Saunders, who replaced Tuke in Italy, is pumped for another opportunity in Portsmouth with racing held on Sunday and Monday (NZT).

Swiss star Arnaud Psarofaghis stays on the helm while Australian James Wierzbowski takes over from Maloney as flight controller and America’s Cup winner Marcus Hansen steps up to replace Junior.

“It will be a big change for us again, but those guys have got experience and will be able to slot into it,” Saunders told Stuff from Portsmouth.

For the full story, go to: https://www.stuff.co.nz/sport/other-sports/125735375/pressure-goes-on-new-zealand-sailgp-backup-crew-in-england