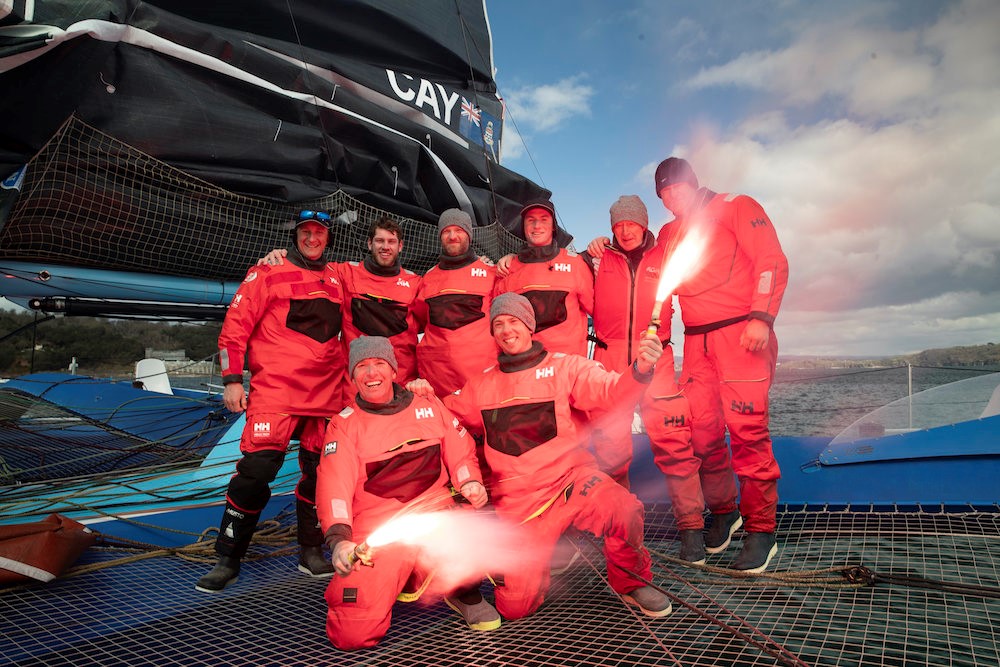 The MOD70 trimaran, PowerPlay, led by Peter Cunningham and skippered by Ned Collier Wakefield, has completed the original Fastnet Course of 595 nautical miles in a new world record of 25 hours 04 minutes 18 seconds, subject to ratification by the World Sailing Speed Record Council.

Shortly after midday on Monday 05 April, in a bitterly cold strong northerly wind. PowerPlay started her Fastnet record attempt on the Squadron Line at Cowes. She made short work of racing to Lands’ End and powered across the Celtic Sea at speeds in excess of 30 knots.

PowerPlay rounded the famous Fastnet Lighthouse and raced through the night. On Tuesday 06 April, at 13:42 and 19 seconds BST, she reached the Plymouth Breakwater, where the team celebrated their amazing run of 25 hours, 4 minutes and 18 seconds.

The trimaran’s run is over two hours faster than the record set by Phaedo3 in 2015.

The first Fastnet Race was in 1925 and won by Jolie Brise which took over six days to finish the course.