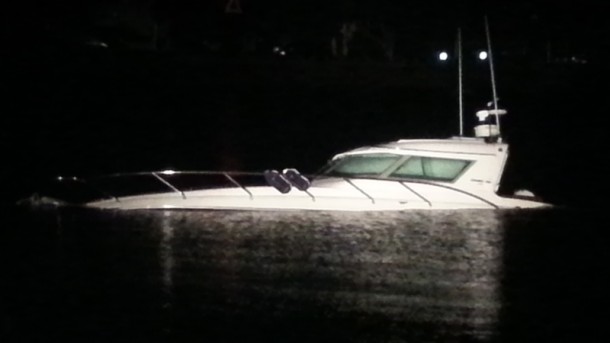 A moored yacht has been seriously damaged after a powerboat collided with it at the Devonport Wharf in Auckland overnight.

Police say they were called out just after 11pm last night to the crash which occurred 300m off-shore.
Police and the Auckland Westpac Rescue Helicopter were called late last night to find the powerboat sinking.

District Shift Supervisor Jesse Mowat said the skipper of the boat admitted to police he had been drinking, however couldn't confirm if alcohol had caused the incident.

After crashing into the yacht, the powerboat took on water, beaching on some nearby rocks, he said.

It's understood no one was injured, and there was no one aboard the yacht.

Finish reading this article and view the video at TVNZ.