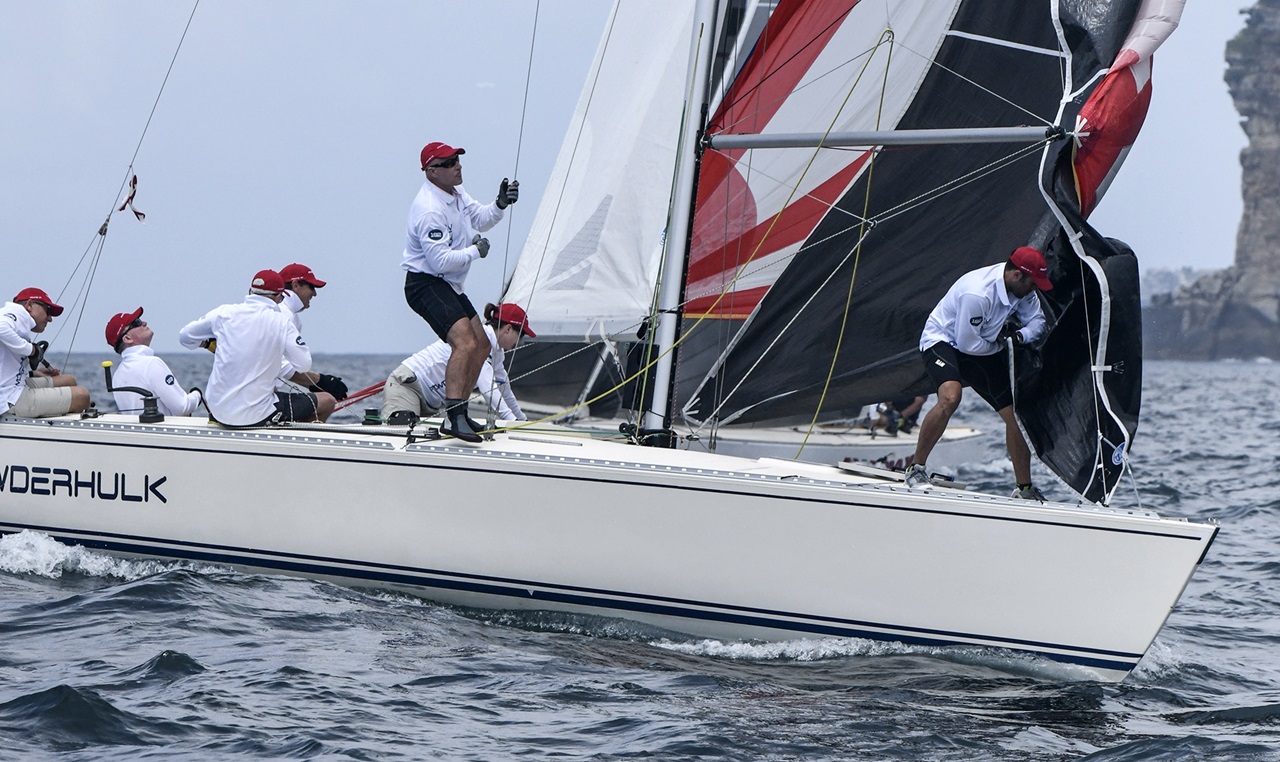 The first race of the day started in 10 knots of east nor’ east with the track laid between the Sow & Pigs and North Head. Tom Braidwood and the crew on Backchat found the turbo switch and finished a full minute ahead of Rob Clarke’s Kick ‘n Chase.

Rock Solid and Let Loose were in a tight battle with Patrick Delaney’s Powderhulk for third, with Delaney crossing 4 seconds ahead.

The breeze picked up a little in the early afternoon and the breeze more north-easterly. Powderhulk was first to the line in second race of the day ahead of Ross Bell’s Let Loose and Kick ‘n Chase. Mitch Miller’s Rock Solid and Backchat were following Rob Clarke by 20 seconds but fighting all the way to the line. Half-way through the schedule and the finishing positions in this race were identical to the series score order for the top half of the fleet.

The course was repositioned and axis changed to 080 degrees for the final race today which was held in a softening breeze. Backchat took the win from Let Loose and Jason Antill’s Gezzabelle made its first appearance in the top three finishers.

Series leader Powderhulk posted their worst result today with an eighth, but with the drop coming into play they retain the lead on a tie-break from Let Loose.

“The start lines have been hectic compared to club racing and we didn’t do well in the last race today”, Powderhulk skipper, Patrick Delaney, said.

“We couldn’t find a hole in the line to drop into and once we had to tack off to the right with everyone else going left, it was impossible to claw back those places.

“Overall today it was quite fluky with lumpy seas. That made it more difficult to make ground going upwind, but off the breeze you could take some gains,” Delaney said.

Sunday is the final day of competition with racing scheduled to commence at 12.30.

For full results and all information: www.mhyc.com.au/sailing/regattas-championships/adams-10-australian-championships-2018